Two weekends ago, Tim and I headed to Misquamicut Beach for Ashley and Bret’s beach wedding weekend.  For those of you who don’t know Ashley, she is one of my gym besties from the Oak Square Y.

Ashley has been coming to my Thursday morning class for years, and eventually we started hanging out outside of squats and pushups.  And with our men too.  Needless to say, I was so excited when Tim and I were invited to take part in their special day!

A lot of the hotels in the area required a two night minimum stay, so Tim and I headed down to Rhode Island on Friday after work.  Ashley’s family was beyond generous to all the guests staying for the weekend, and extended the invitation to the beach house not only for the wedding itself (right on the beach), but on Friday night for a pre-wedding bonfire and on Sunday morning for a post-wedding brunch.  This beach house has been in Ashley’s family for generations, and well, it’s just plain awesome! 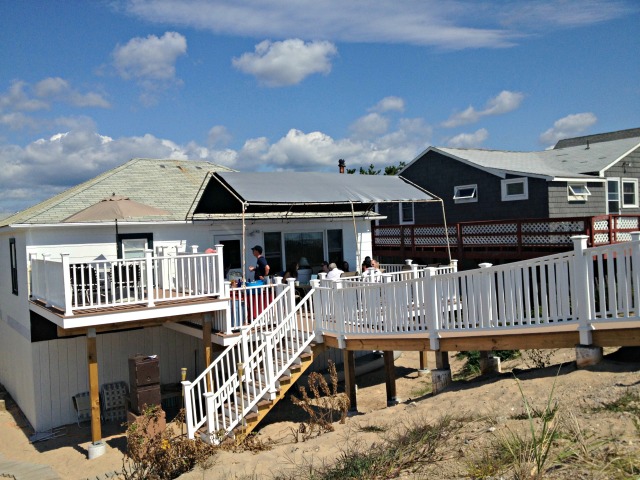 Tim and I didn’t really know any other guests, but we made friends fast.  At the Friday night party, there was a lot of food, drinks in a canoe, and a bonfire on the beach.  I don’t have any pictures from that night, but it was a lot of fun.  I even met a relative of Ashley’s who lived in Raymond Hall at Providence College in 1974… same exact room as me!  Crazy.

On Saturday before the wedding, Tim and I were actually able to meet up with our friends Erica and Chris at Erica’s family’s beach house –  just down the road from Ashley’s!  I was psyched when I found out they were going to be in Misquamicut for the weekend, and with Erica’s parents too.  Even though we only had a couple of hours, it was so nice to see everyone and catch up.  We even got to try paddle boarding.

Then it was time for the wedding.  It was the most *perfect* day for a wedding on the beach, and Ashley looked gorgeous (obv).  Everyone walked in down the “aisle,” which was actually the brand new deck that Ashley’s family worked on reconstructing this summer after the damage in Hurricane Sandy last year.

Ashley and Bret’s mutual friend, Anders, officiated their ceremony.  My favorite part was listening to Ashley and Bret read the vows that they wrote for each other.  I had never been to a wedding where the bride and groom did that before.  Not going to lie, I cried a little.

So happy for my friends! 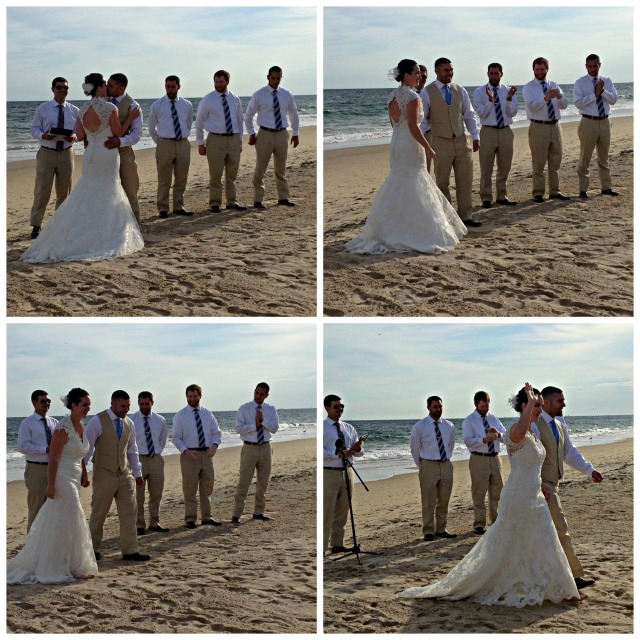 After the ceremony, all the guests walked about five minutes down the beach to the Windjammer, a restaurant right on the beach.  The reception was in a function room there, and I loved the beach theme and that the back opened up to the water on the beach.

Tim and I found our table right away.  Ashley and Bret labeled each table as a place that was meaningful to them.  Examples – table 1 as Ashley’s childhood home, another table as UMass where they met, another table as North Conway where they got engaged.  Well, the Oak Square Y also made the list for #14!  And not only did the Oak Square Y make the list, but I was mentioned by name.  Each “place” had a little write-up/explanation on why it was important to them.  Bret actually wrote all these, and they were hilarious!

Here are some other pictures from the night: 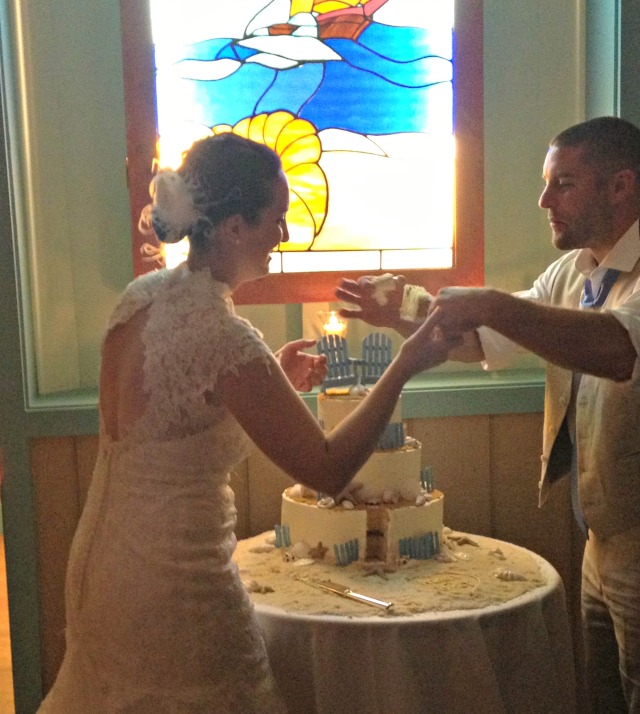 And, of course, there were pushups involved as well.  Which, as you can see, Ashley and I were not the only ones doing. 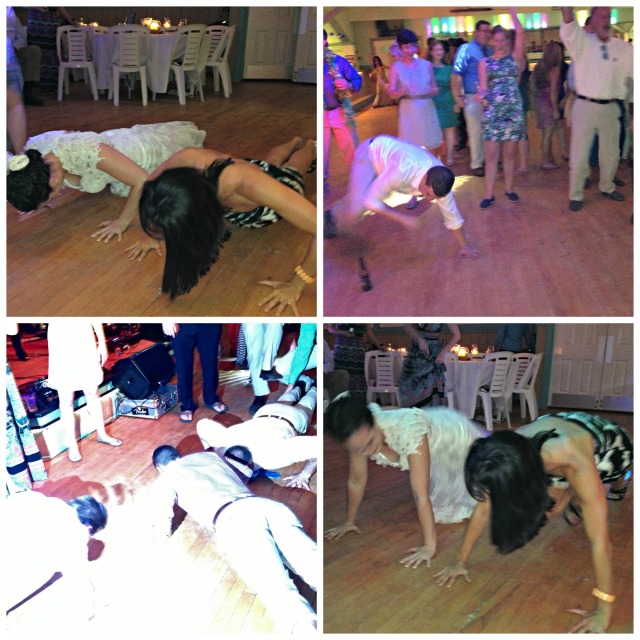 It was a great wedding!  The next day Tim and I went over for the post wedding brunch, and let me tell you that I splurged on the crème brûlée French toast that Ashley had raved about.  Amazing.  I was happy to have a couple of hours to hang with Ashley and Bret too after some of the other guests left.  Before we headed home, we stopped in to see Erica and her fam one more time, then hit the road.

All in all, a beautiful weekend!  Congrats again, Ashley & Bret!

Before I head out, I just have a quick announcement for my local readers from my friends over at City Sports.  They are participating in the National Red Bull Flugtag in Washington D.C. this weekend and are hosting a send-off party at The Times tonight.  While I can’t make this event tonight, City Sports would love if any F&F readers can.  Here are the details:

Hosted By:  City Sports
What:  National Red Bull Flugtag Crew Send Off Party
When:  Wednesday 9/18 at 6pm
Where:  The Times Irish Pub & Restaurant, 112 Broad Street in the Financial District
Photo Opportunities:  The City Sports Flugtag crew will be on hand to unveil their uniforms for the competition and photographs of their final aircraft, both representing their dedication of their Flugtag flight to the city of Boston and their Boston Strong theme.
Additional Details:  The City Sports team craft, “The Flying Tee,” reflects the brand’s most iconic symbol (the City Sports t-shirt), while also paying tribute to its home city, with a #BostonStrong hashtag on the wing.  To commemorate both the flight and those affected by the Boston Marathon bombings this past April, the brand is selling special edition Flugtag t-shirts with 100 percent of the proceeds to benefit The One Fund.

If you can make it, have fun!