I’m playing more catch up today! Today’s recap is dedicated to my friend Katrina’s bridal shower and bachelorette party. Since both of these festivities took place on the Saturday of Cinco de Mayo weekend, a lot of the day was Mexican themed. Trina loves margaritas and going out for Mexican food, so there couldn’t have been a more perfect theme for her.

The bridal shower was held at the cutest little restaurant called The Corner Stop Eatery in Cohasset, MA. When we walked in, we were instructed to “check the sheet for our seat” and “take some flair for our hair.” 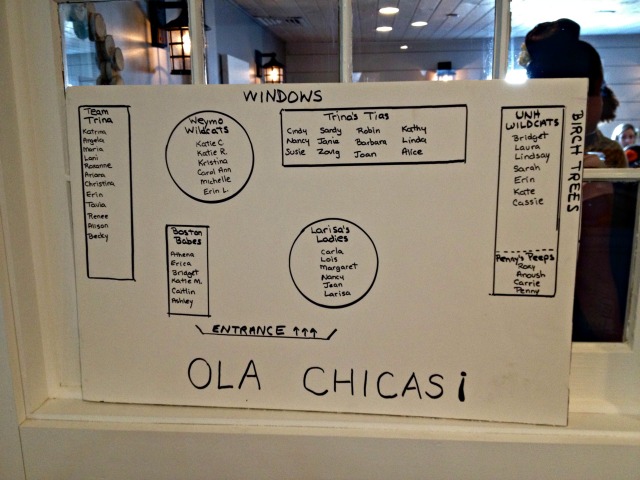 I loved the idea of giving every guest a flower to wear in their hair. Also, how gorgeous is that cake? Katrina’s sister made it herself! Very impressive. Anyways, my seat assignment was with the rest of the Boston Babes, and we had a great view of Katrina’s grand entrance. 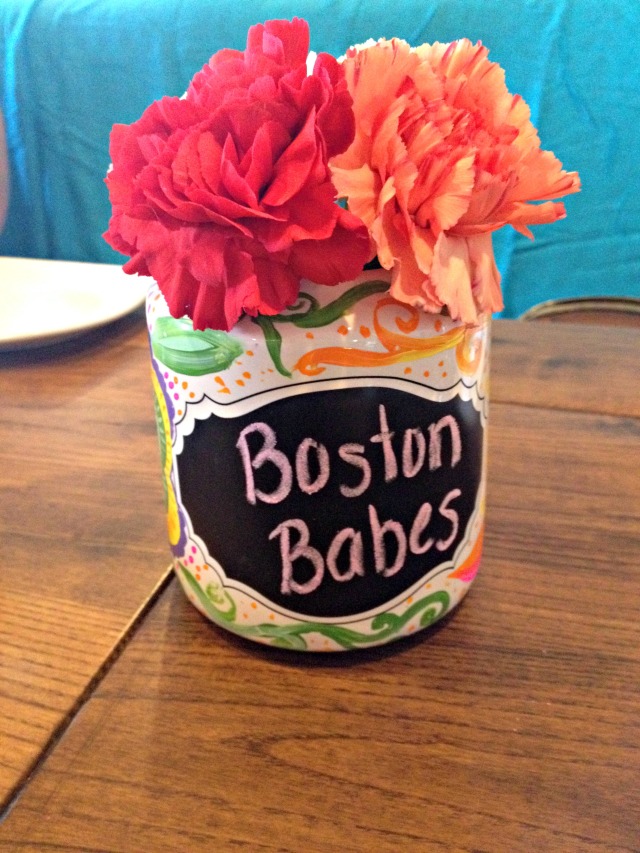 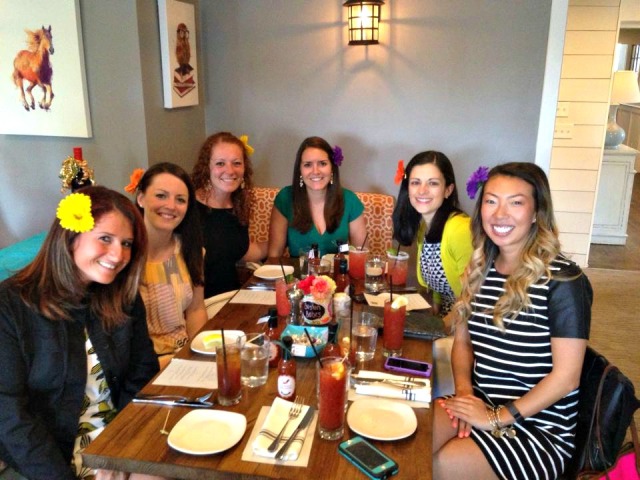 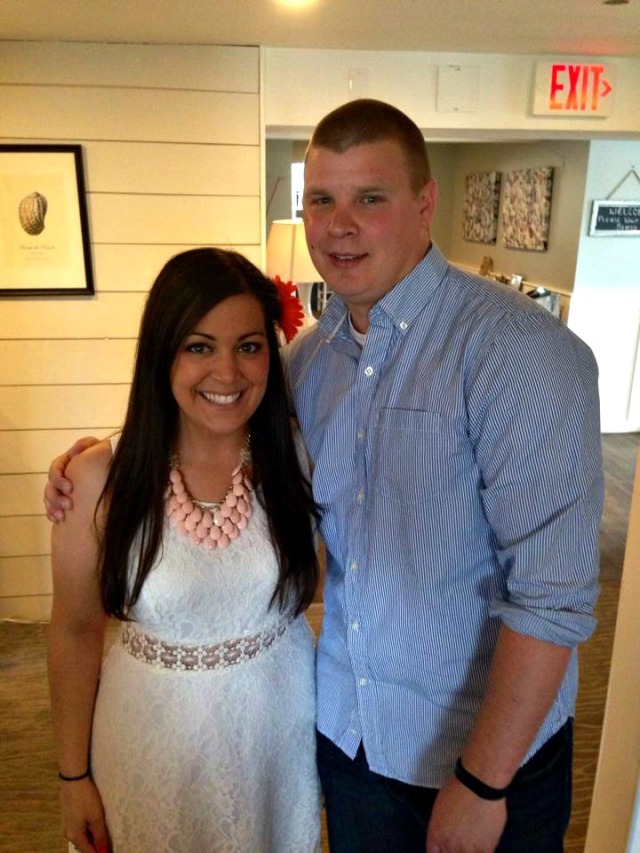 Before our meal, Katrina’s family made sure everyone enjoyed some delicious margaritas and bloody marys. Nothing wrong with having a few of these at 11am!

I didn’t snap any pictures of the food, but everything was delicious, and I really liked having a menu of a few different options to choose from. We ordered a couple of flatbreads for our table to share, and I got a big salad. While Katrina opened her presents, the guests all played bridal bingo. It was fun trying to listen for different Katrina-isms, and a few different winners won sangria as a prize!

Here’s Katrina opening an embarrassing present from me, Slesh, and Bridget:

And a group shot of the Boston babes with our bride to be!

Finally, before we left, we each made sure to grab the cutest little party favors, hot sauce bottles that said “short and spicy, just like the bride.”

After the shower, 25 girls (yes, 25!) headed to Cambridge to regroup at our hotel and get ready for the next part of the day: pole dancing!

For anyone looking for pole dancing classes in the Boston area, Gypsy Rose in Allston was really fun and hilarious. When we got there, the owner and instructor had us sit on the floor in a big circle. She opened the class by doing a dance in the middle of the circle for us (so awk!). For the rest of the time, we divided into two groups. Half of us learned how to spin on the pole while the other half learned a chair dance, and then we switched. At the end, Katrina had to get in the middle of the circle and show off all her new moves!

Here are some other gems: 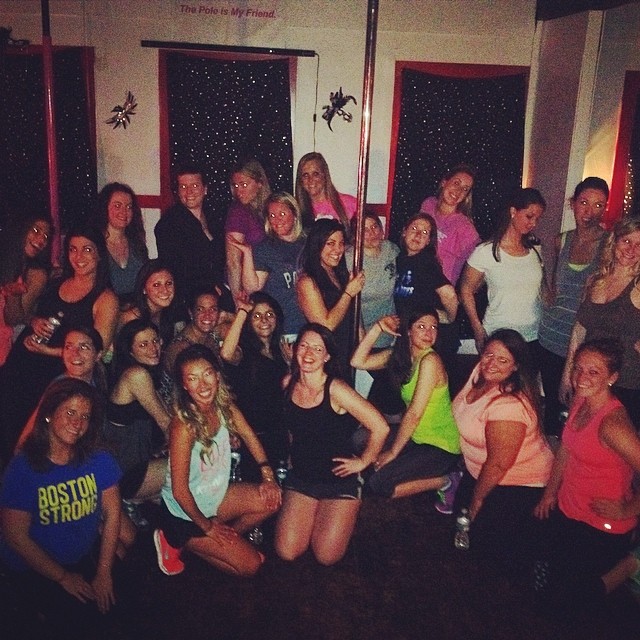 This was a great idea for a bachelorette activity, and I definitely recommend it as long as the bride is okay with being the center of attention. Also, this would actually be a really good workout if you can get more pole and dancing time. It wouldn’t be my go to, but my arms were sore the next day, so I think it would be fun (and funny) to do every once in a while.

After pole dancing, we went back to the hotel again to get ready for the rest of the night. Once we were dolled up, we called cabs and headed to Patrons (formerly Big City) for a Mexican dinner. 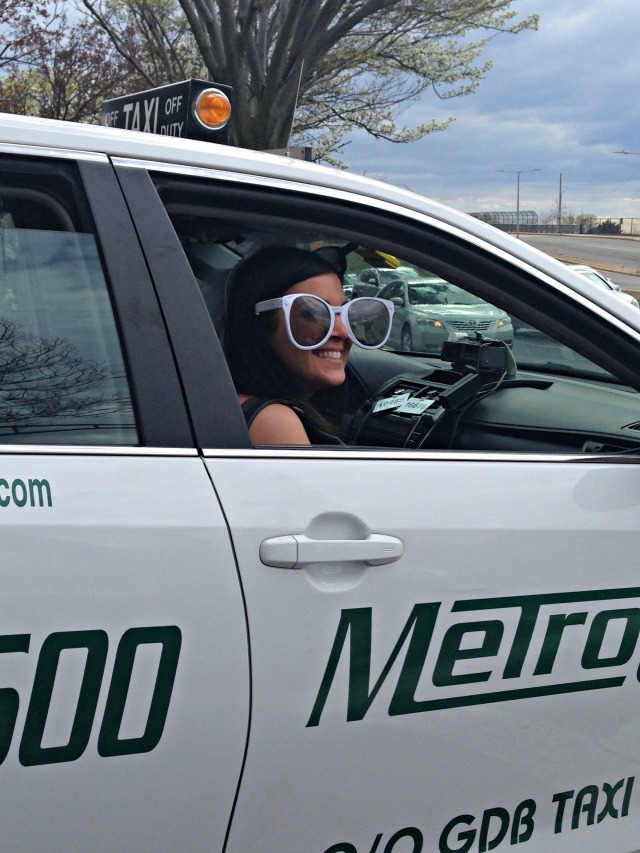 Patrons was one of the only Mexican restaurants in the city that could accommodate a group of our size, and the management did an excellent job making sure we had everything we needed. Mainly, margs! 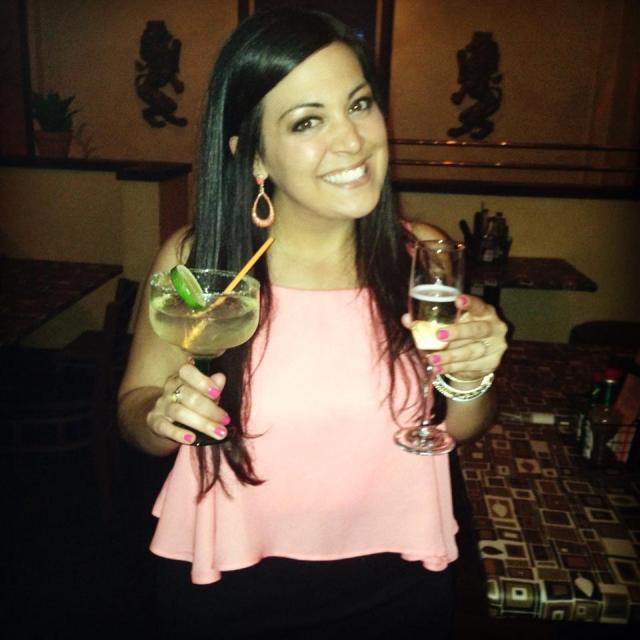 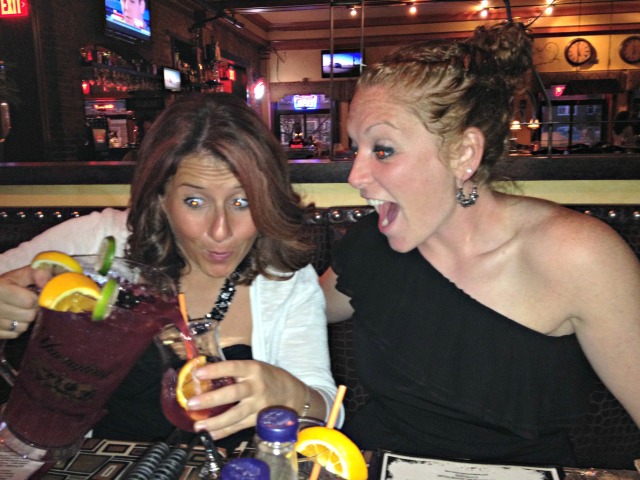 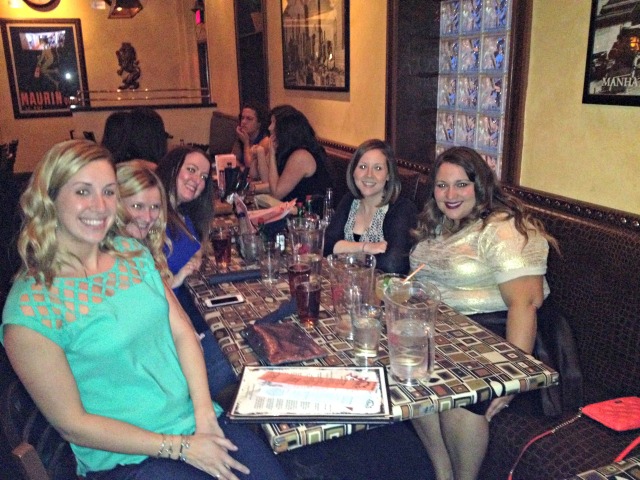 Once dinner was done, it was time for the party bus!

The rest of the night was filled with a lot of dancing and singing, Backstreet Boys music, drinks, pinatas, blow up dolls, beads, straws, sombreros, and more as the party bus drove us up and down the streets of Boston. 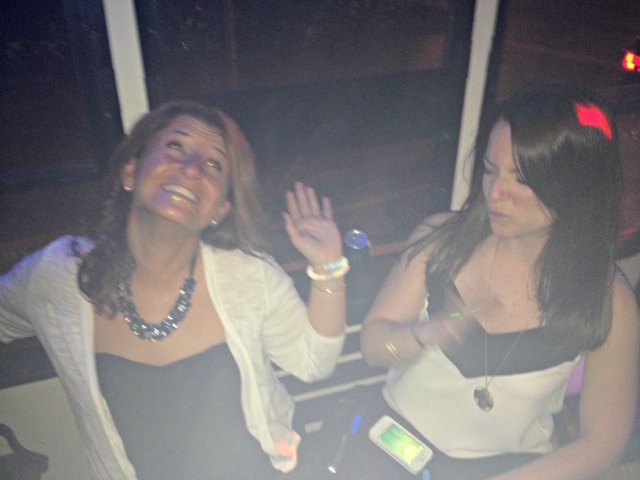 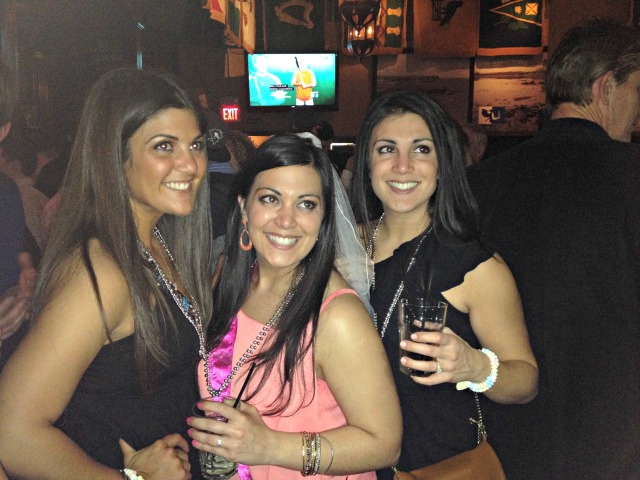 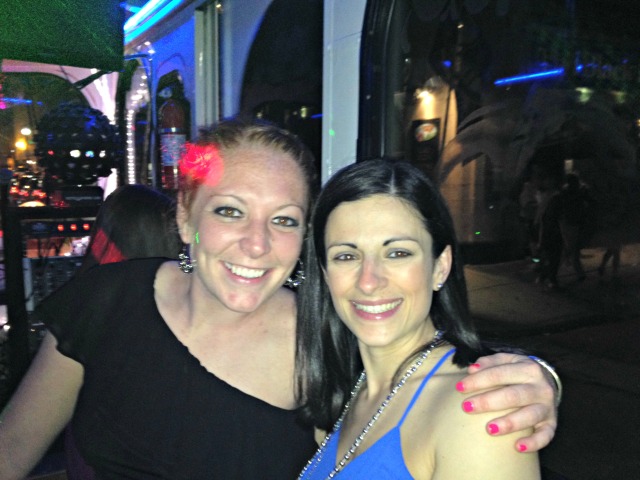 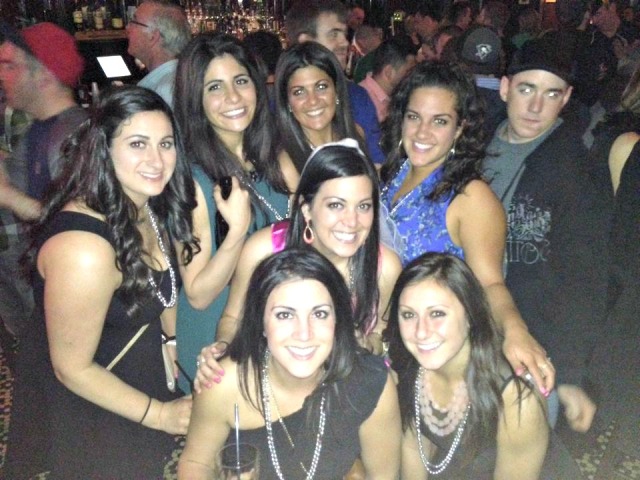 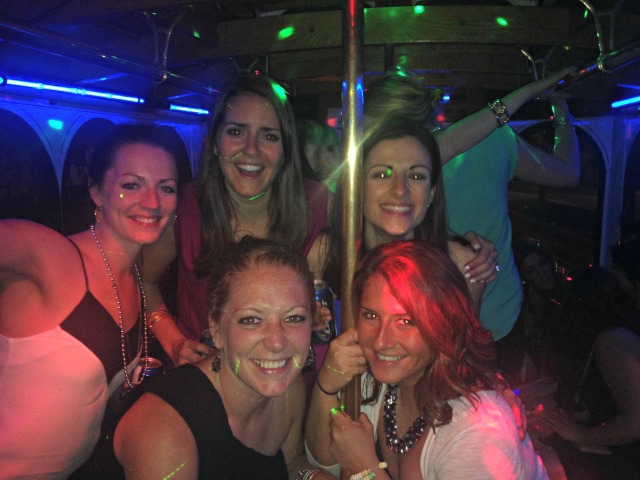 We only stopped at two bars throughout the night, The Black Rose and The Times. I took a lot more pictures, but Trina will kill me if I share the others in this public space.

All in all, it was a successful shower and bachelorette for our soon to be bride! I can honestly say this was one of the funniest and funnest nights I’ve had in a long, long time. So fun!

Can’t wait to party at Trina and Geoff’s wedding in less than two weeks!

–Let’s chat–
Do you prefer margaritas or bloody marys? When’s the last time you went to a bachelorette party? What activities were planned? Have you ever taken a pole dancing class or been on a party bus before?

I hadn’t done either until this bachelorette party. Check and check!