Time for lots of life updates!

To give you guys the back story, the washer and dryer in our current apartment have been broken since April 2014. Tim and I went back and forth with our wonderful (ha) landlord trying to fix the issues (they were sporadic), but the landlord has been IMPOSSIBLE to work with. The washer and dryer were already coin operated to begin with, but he would make us pay to do test loads, and there were many test loads. He eventually tried to tell us that puddles of water at the bottom of washing machines were actually normal, and since every family has to deal with that, we would have to deal with that too. When we didn’t back down, he became very condescending with us. On one occasion, he actually had the nerve to yell at me with a raised voice and a pointed finger in my face in our basement. Eventually, Tim and I just stopped doing laundry in our own apartment because it became too stressful and wasteful to have to either throw away $2.50 per wash and $2.50 per dry in our own home or have to go back and forth with the landlord. The laundromat sucks, but it’s better than the alternative. There have been other issues, but I’ll spare you the novel.

A couple of months ago, the landlord sent us an email that had the following subject line: OFFICIAL NON RENEWAL LETTER FOR [OUR ADDRESS HERE]. Literally written in all caps. Moving sucks, but we were okay with it even in the midst of wedding planning because it’s really for the best to get out of this toxic situation. Then we started apartment hunting and realized just how much rent has increased since we moved in together almost three years ago. We also quickly realized how little is actually out there right now. We spent three weeks basically checking listings any free second we had and leaving work at ridiculous times to look at places because owners/realtors apparently don’t care that people have full time jobs? We had our heart set on one place on the Belmont/Cambridge line, but we didn’t get it. Eventually we did find a place that will work for us. We really didn’t want to spend the amount we’re going to be spending or pay one month’s rent in realtor fees, but we didn’t have many other options. I like our new place a lot, it’s spacious, it has parking, two porches, a small yard, and it has a washer and dryer in unit. I’m sure everything will be great once this process is all said and done, and hopefully this is the last place we rent before we buy a house. We’re moving the majority of our things this Friday, but technically don’t have to be out until May 31st, so it gives us time to clean, de-clutter, etc. Wish us luck!

We have a few friends who bought houses and moved while wedding planning, and let me just say that I have no freaking idea how they did it. We can barely handle finding a new place to rent while wedding planning, nevermind a house! Over the past two months, we sent out save the dates, had our six month planning meeting with our venue to run through an itinerary of the day and make our dinner selections, had our florist consult, booked our rehearsal dinner venue and picked out menu selections, picked out the suits for the guys, picked out fabric for my flower girl’s dress, booked our videographer, met with a travel agent, and my mom bought her mother of the bride dress. Next steps will be ordering our invitations, figuring out hair and makeup, booking our honeymoon, picking out wedding bands, etc. My bridal shower is planned for June. I am dreading opening gifts in front of everyone, but it is super exciting to look on our registries and see what kinds of stuff has already been purchased. I cannot believe that we’re only a few months out at this point! Eek!

Tim got a new job.

I don’t think I mentioned that Tim left MEDITECH at the end of March, did I? We decided that it just was the best decision for both his career and for us as we start our marriage together. His new job is a pre-sales position that comes with a pretty big salary jump, so this will definitely help for these increased rent costs and the wedding stuff. His new company is actually headquartered in St. Louis, so he gets to work remotely when he’s not traveling, which will be about 30-40% of the time. We thought the work/life balance of having no commute and getting to work from home would offset the increased travel. So far, so good!

Those are the biggies!

Here are some of the other things we’ve been up to in March: 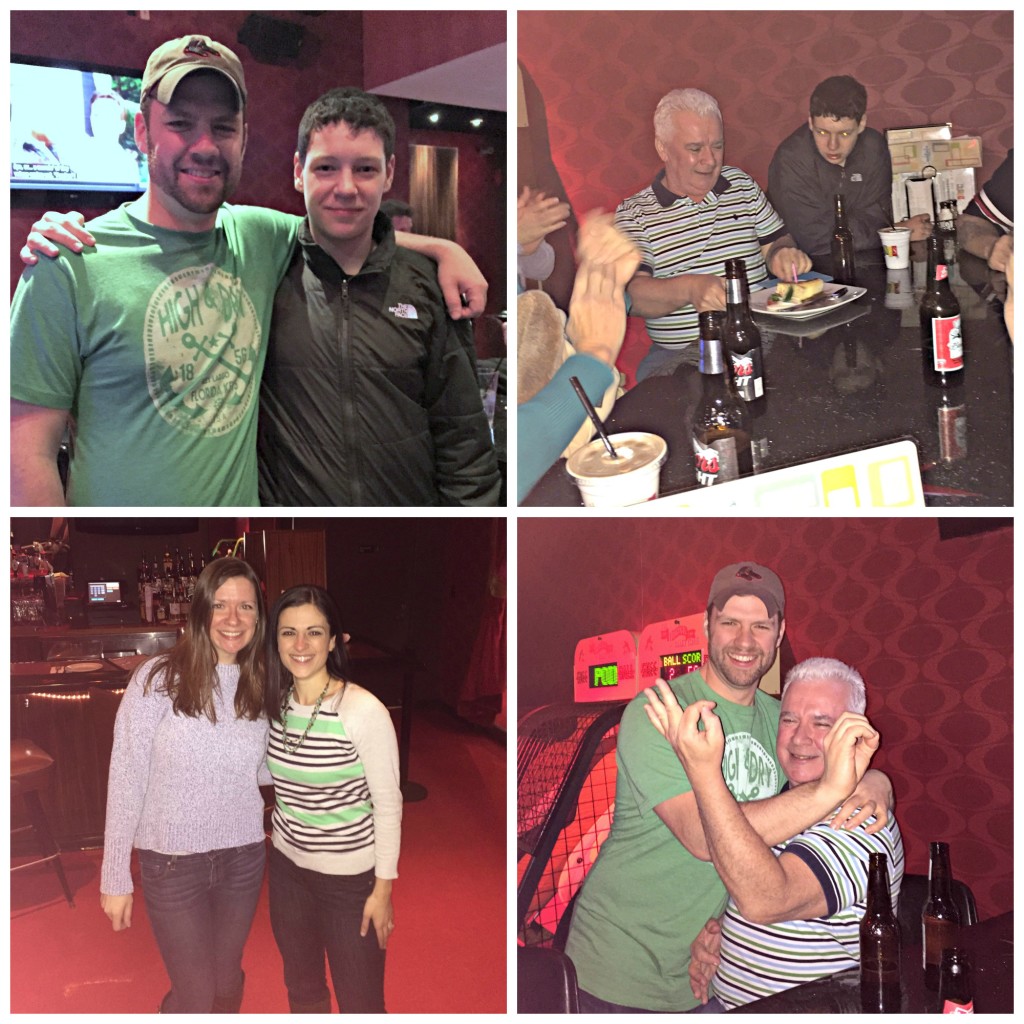 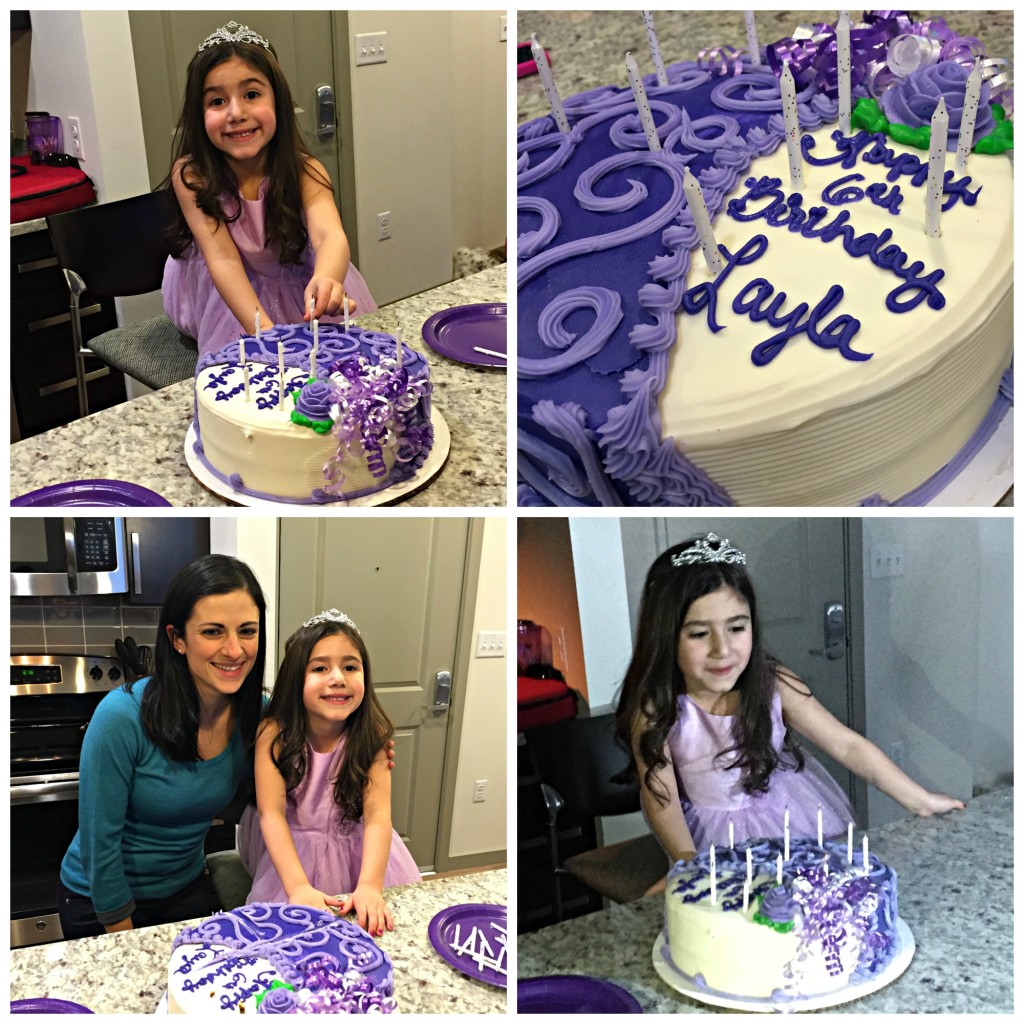 My friend Erin’s baby shower (she and Hank welcomed baby Henry into the world last week!): 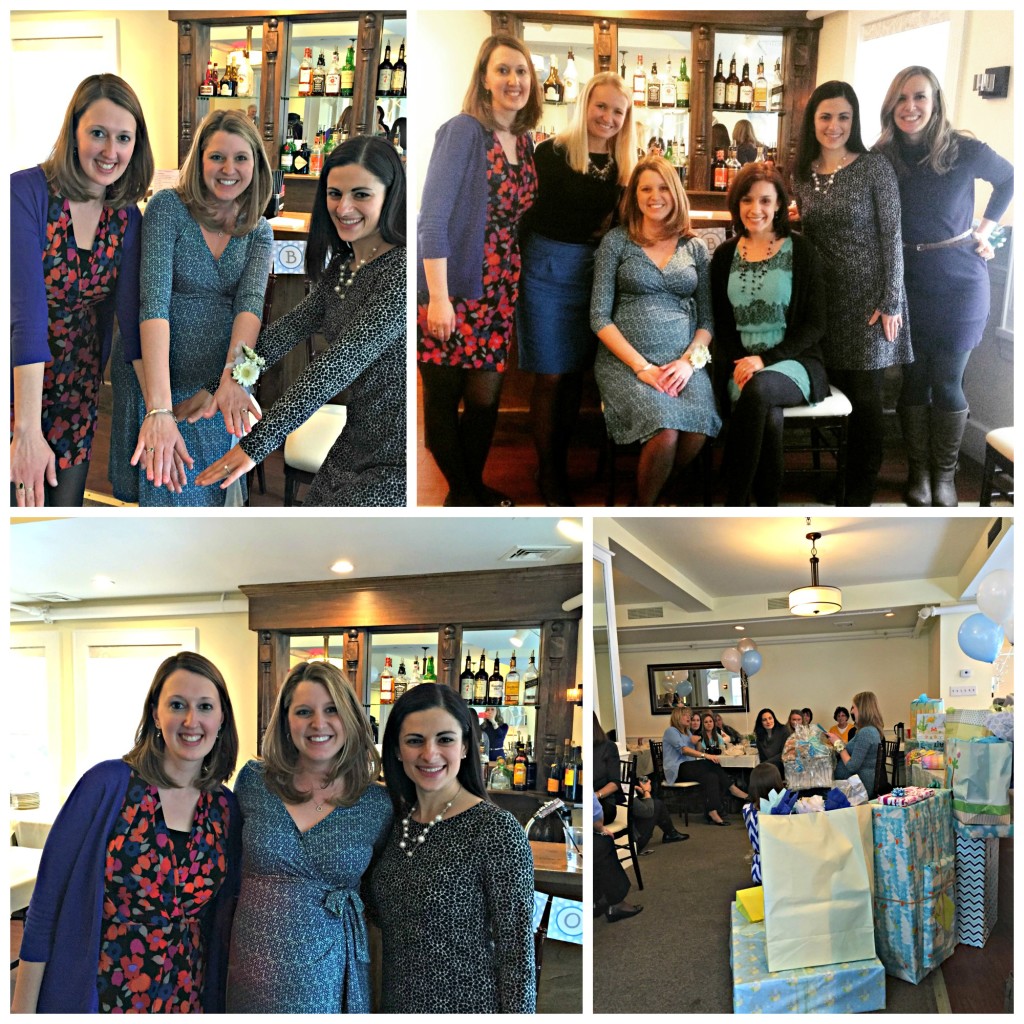 My Papou’s 86th birthday party (was the same day as the shower, hence the same outfit!): 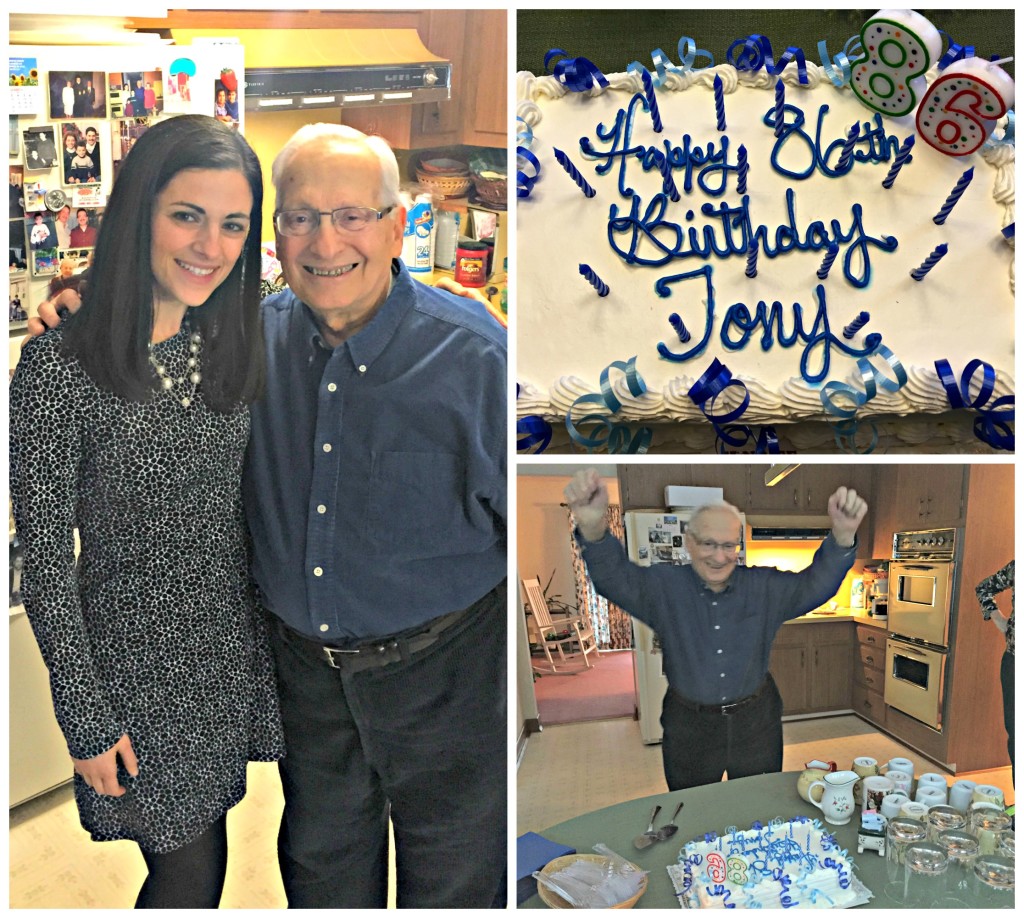 Girls night out in Assembly Row with my friends Allison, Shannon, and Tracy from home. Ally is recently engaged, so we got together to celebrate! 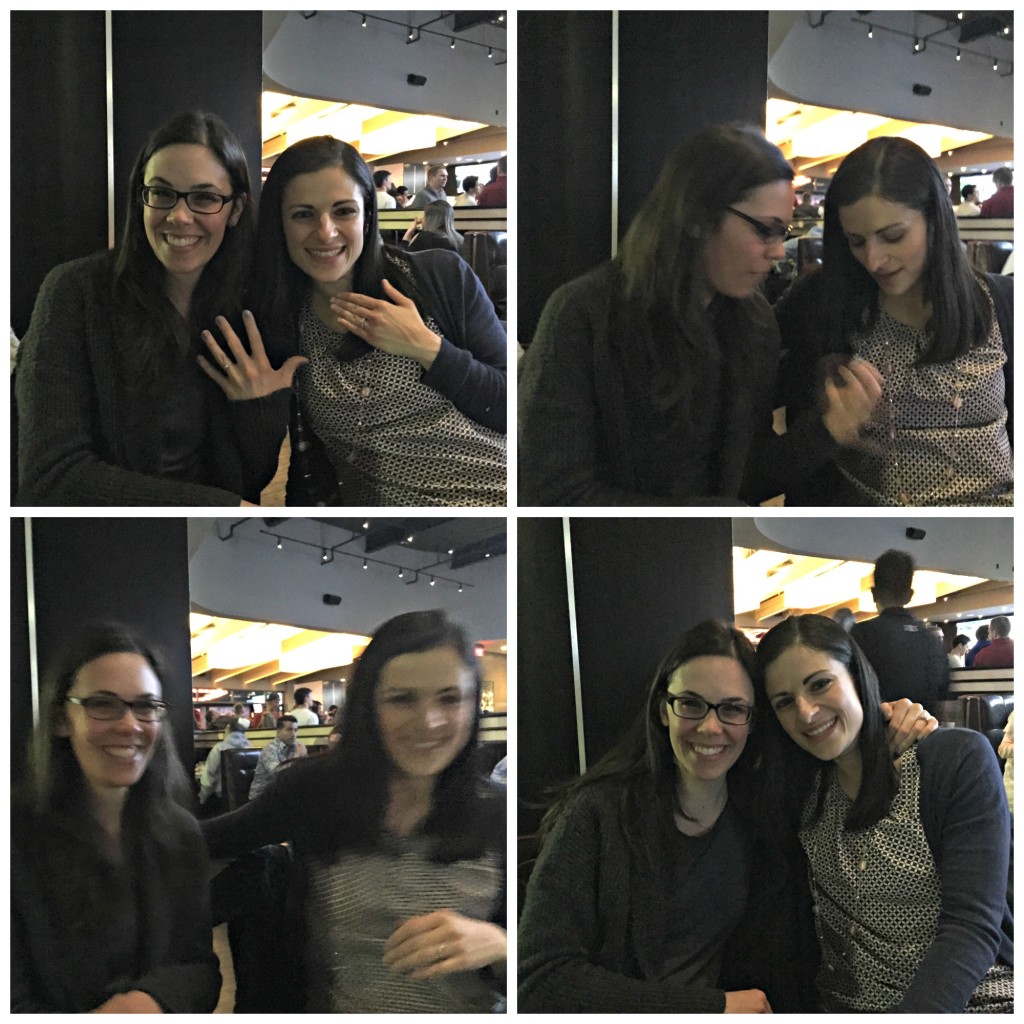 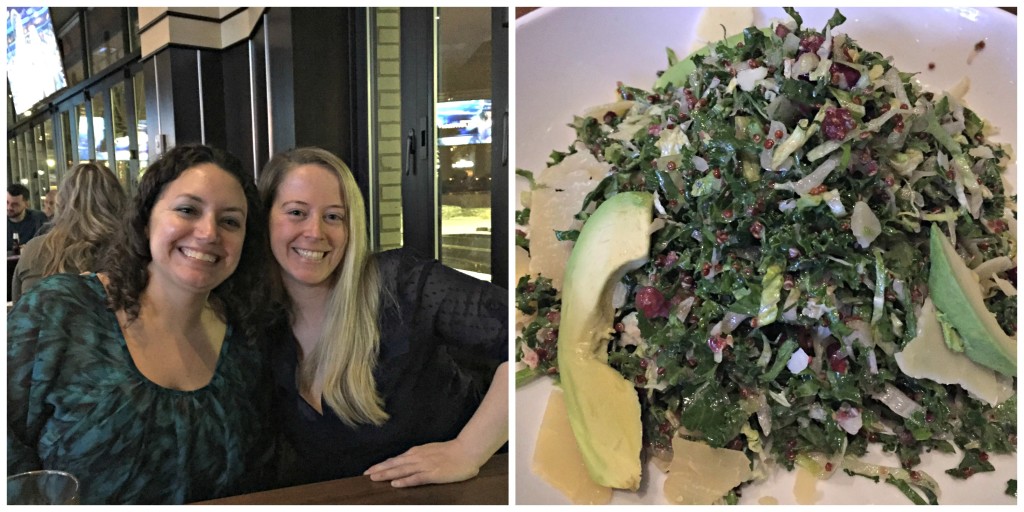 The surprise 30th birthday party I threw Tim! Still not sure how I managed to pull this one off, but Tim was completely surprised. We had such a fun night at his favorite bar ever (Stoddards) with family and friends. 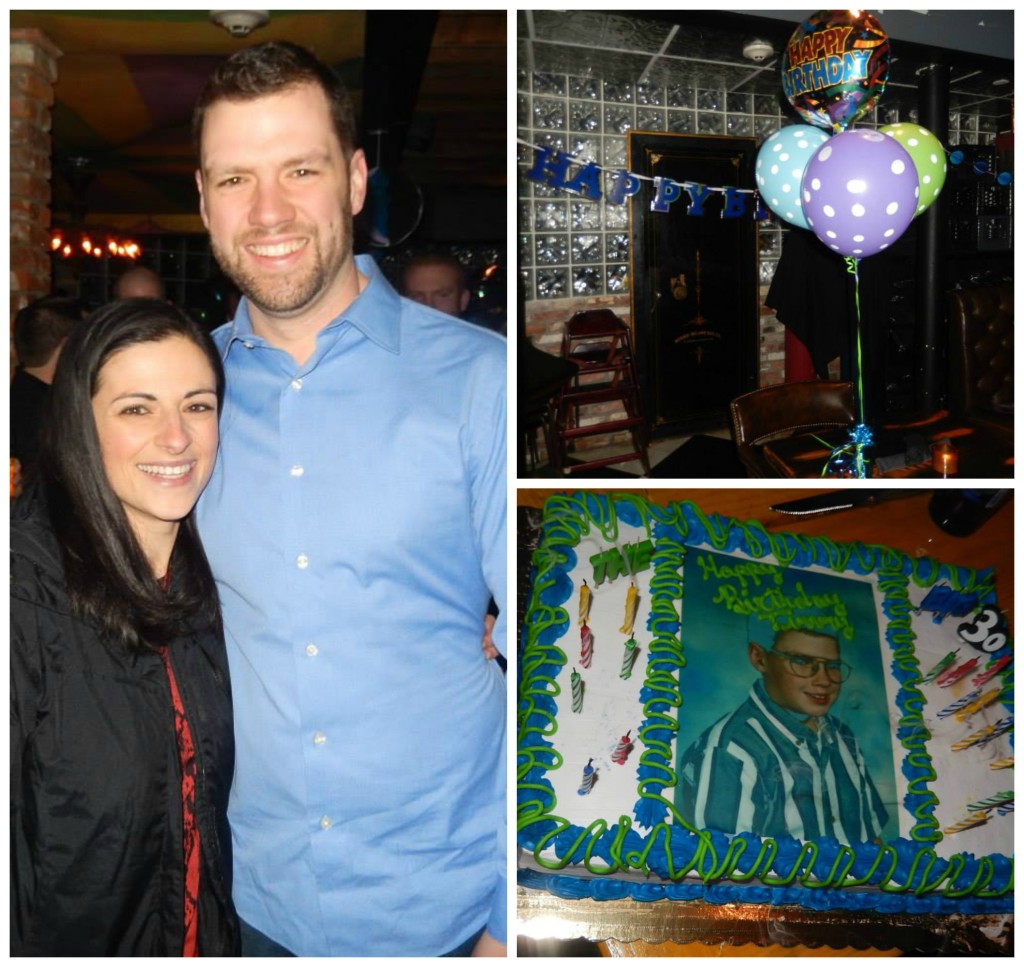 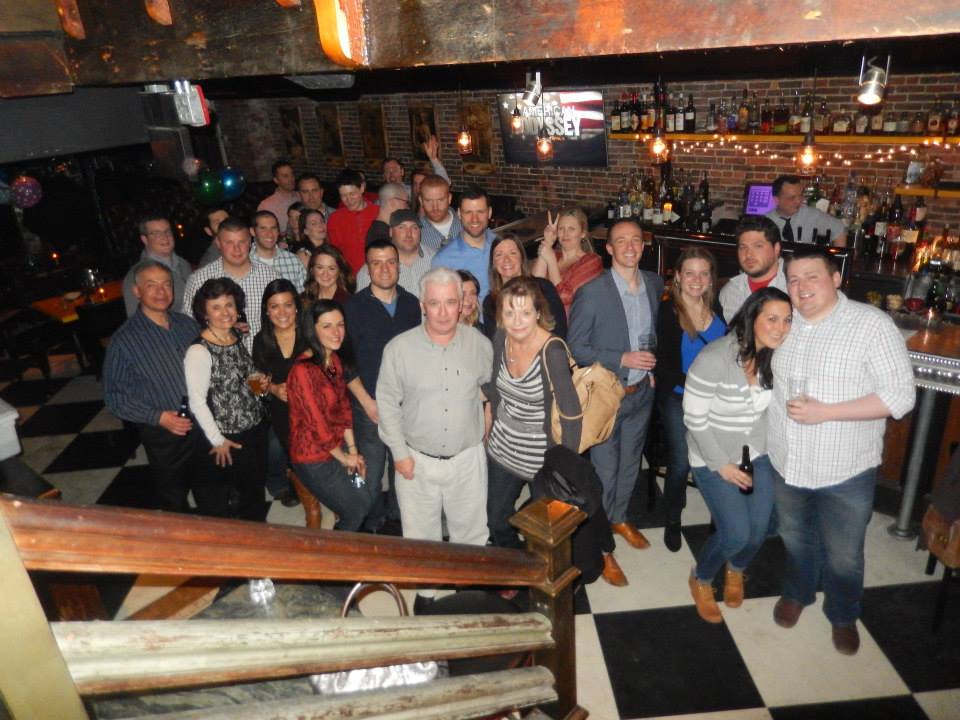 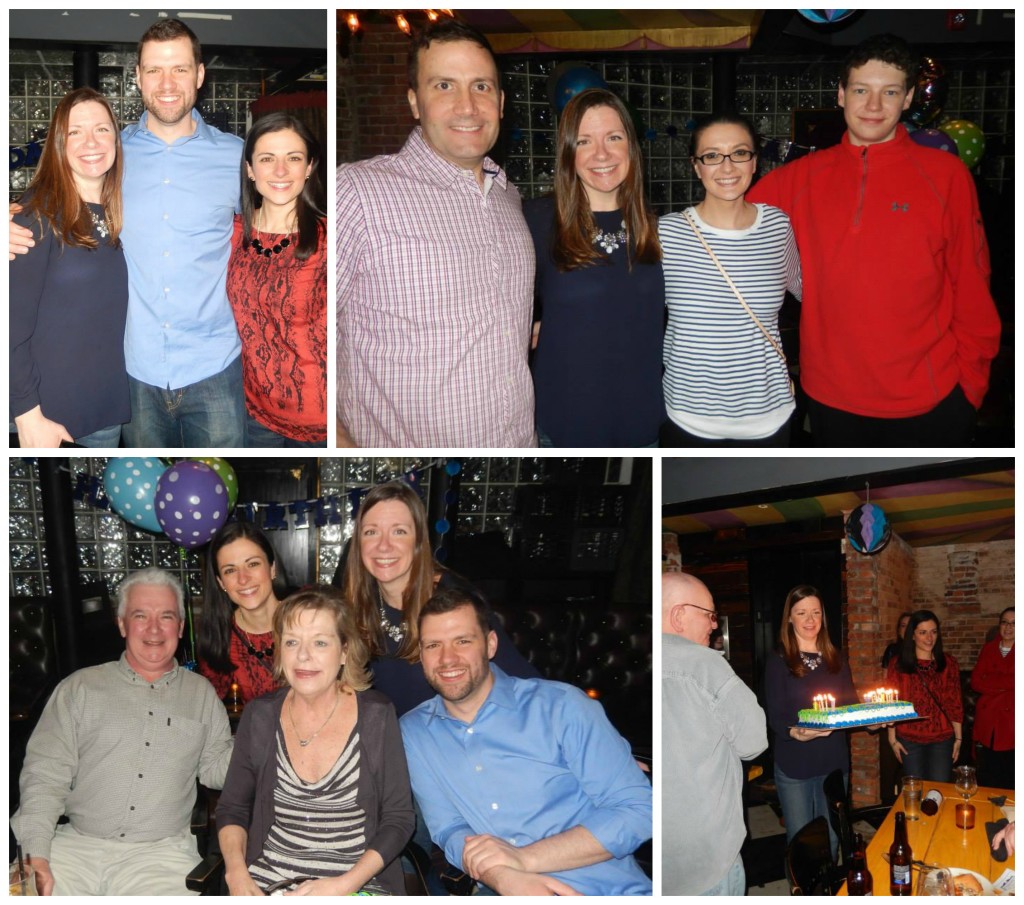 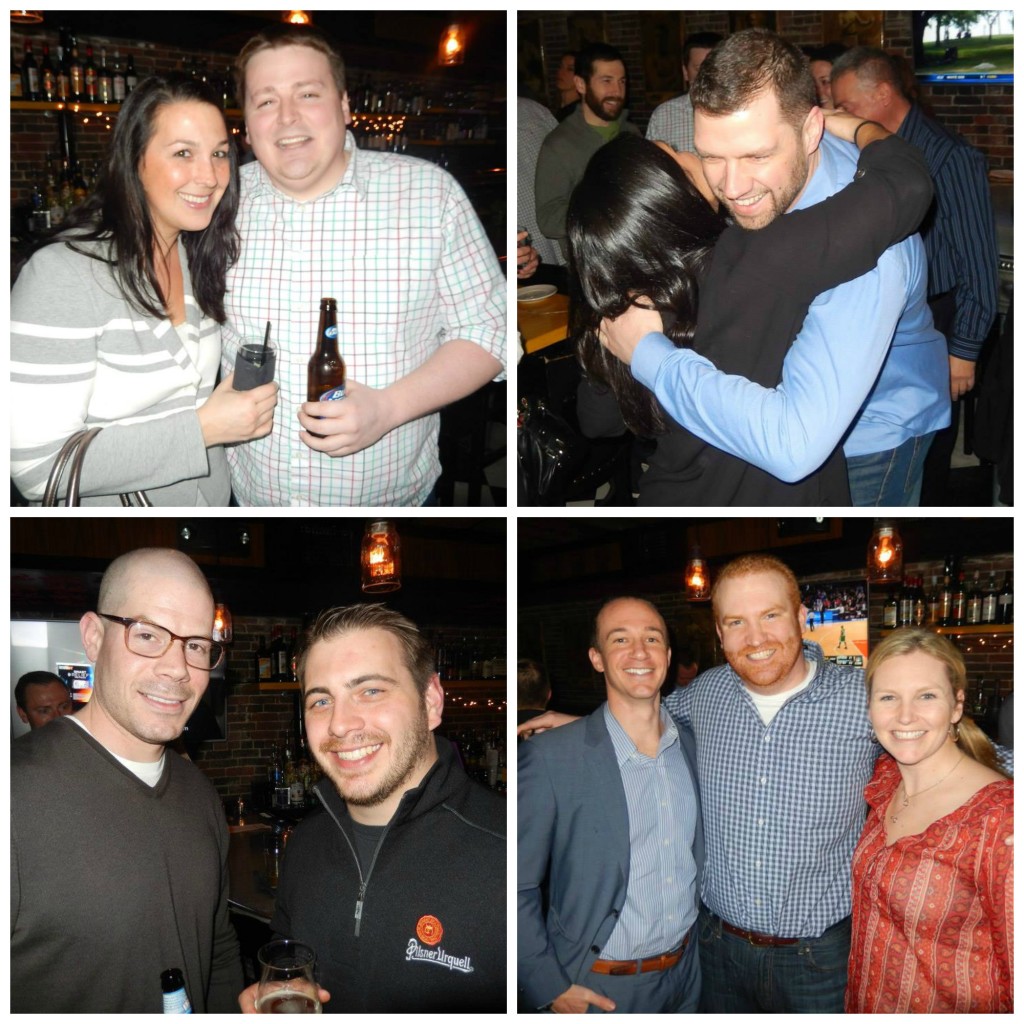 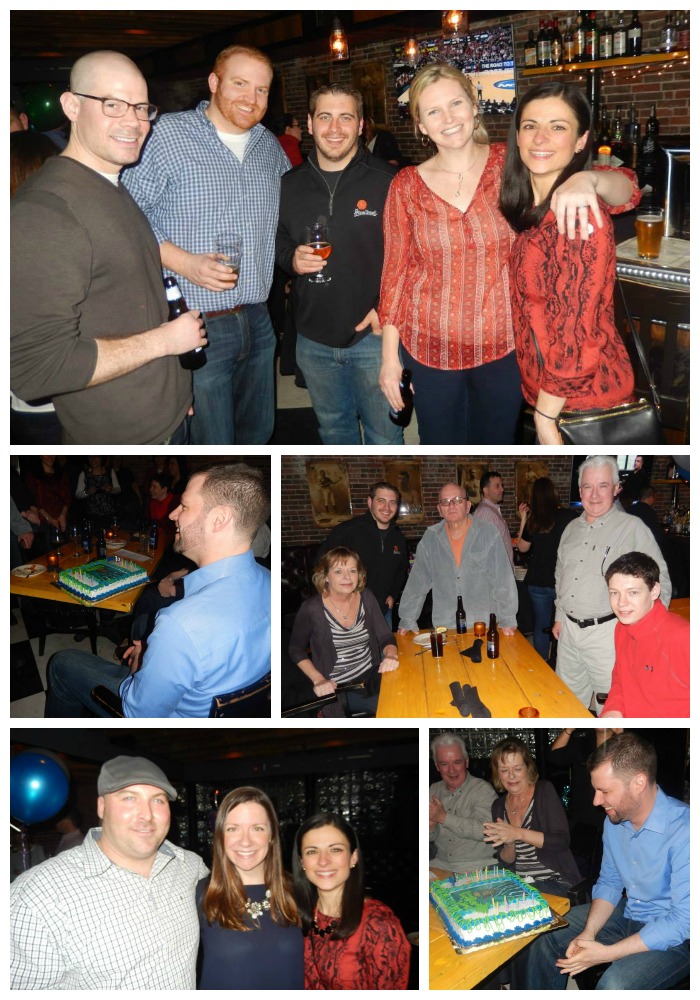 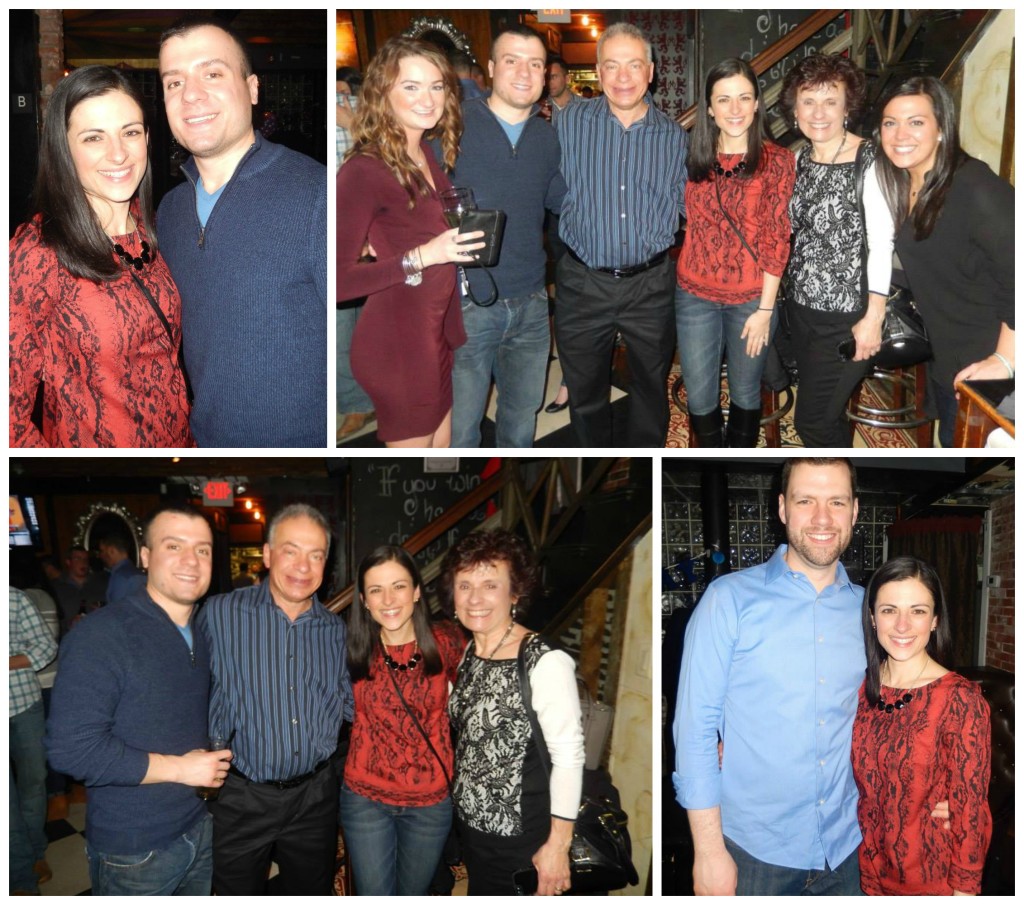 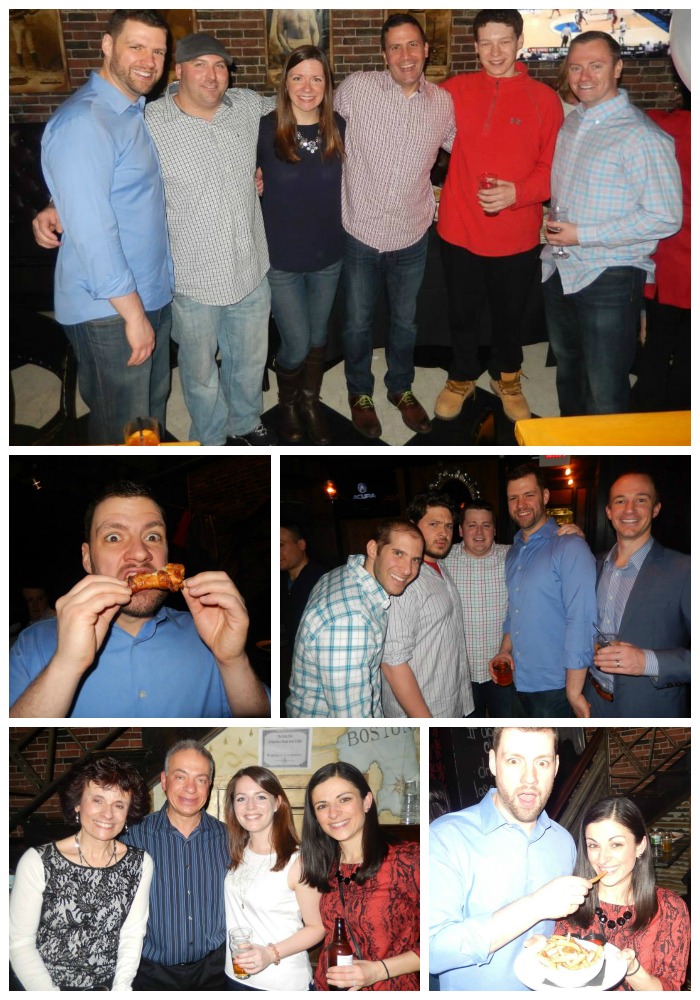 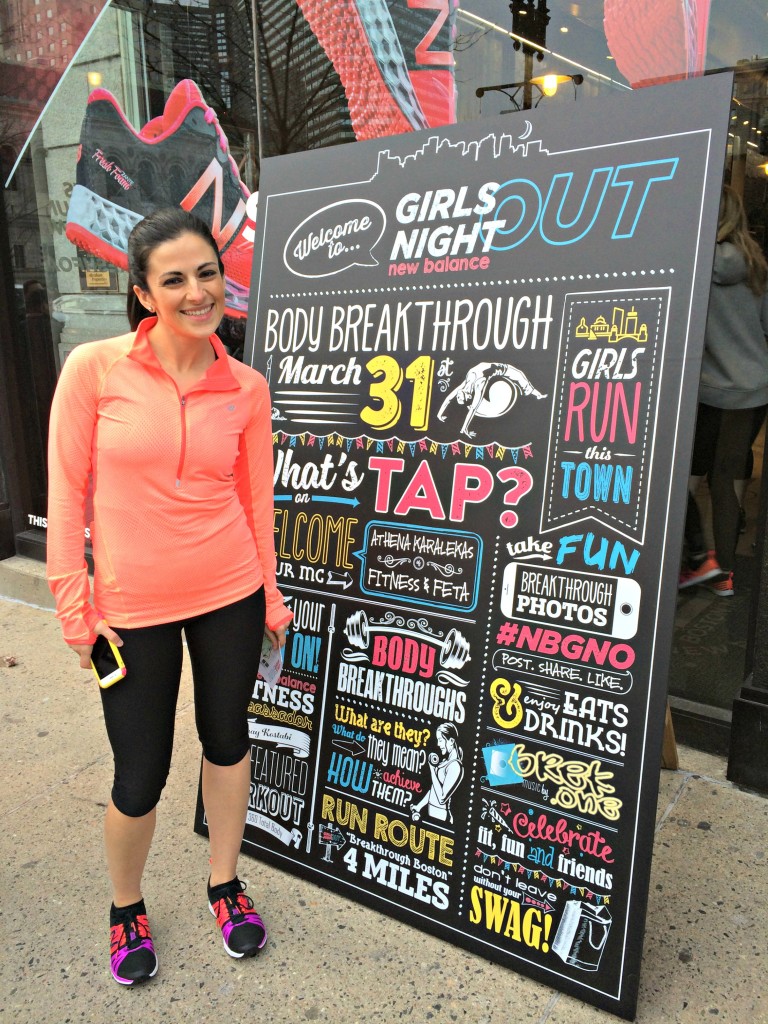 Not pictured from March:

Here are some of the other things we’ve been up to in April:

I was sick with that awful head cold/sinus infection that was going around for the first two weeks of April, which stunk! We had to cancel plans with our friends Cate and Joe, and I sniffled through both Easters. 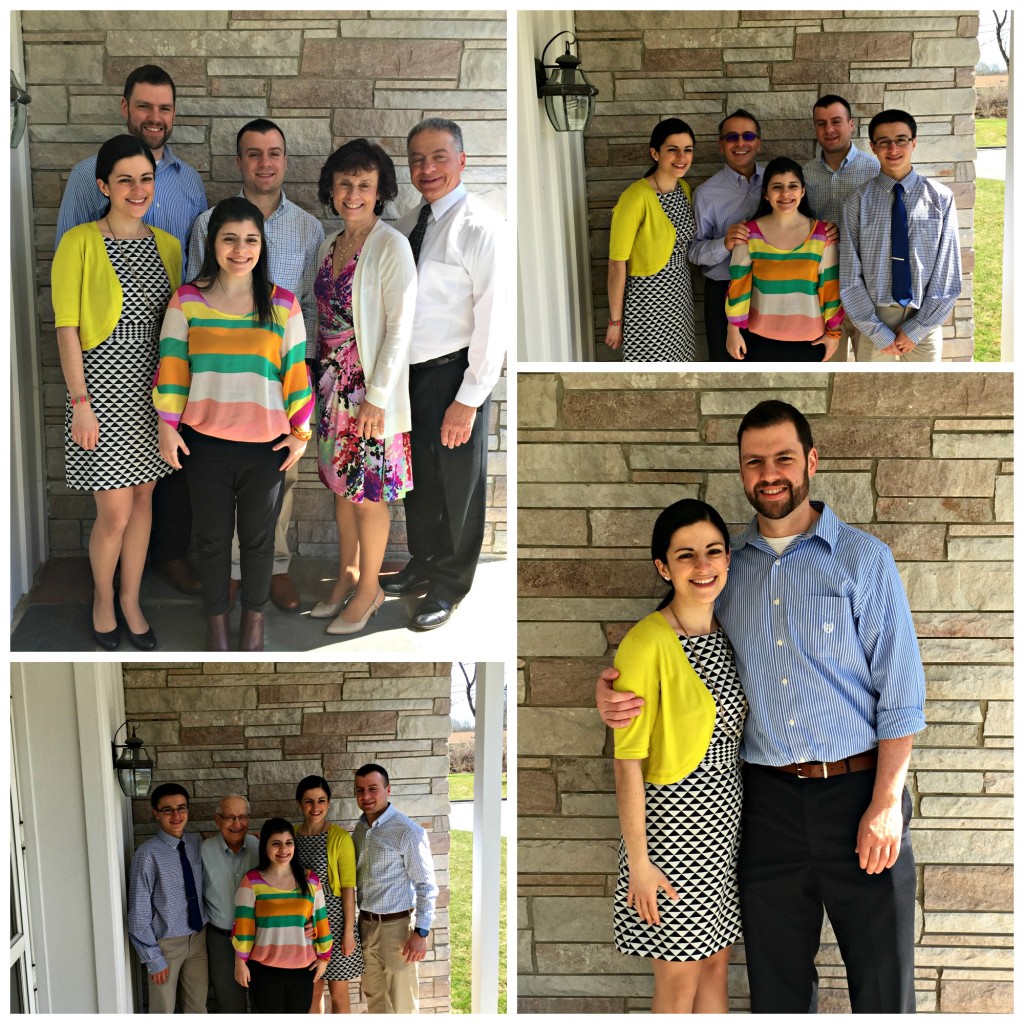 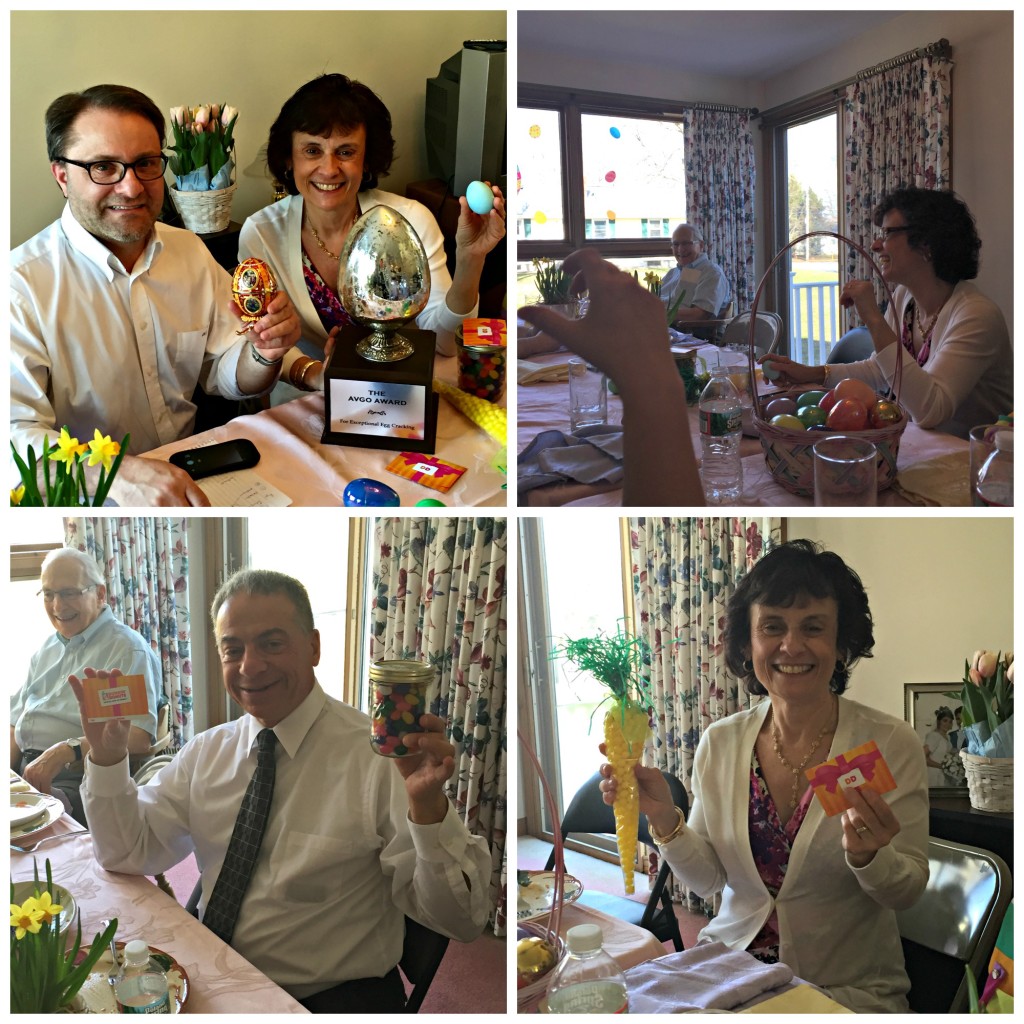 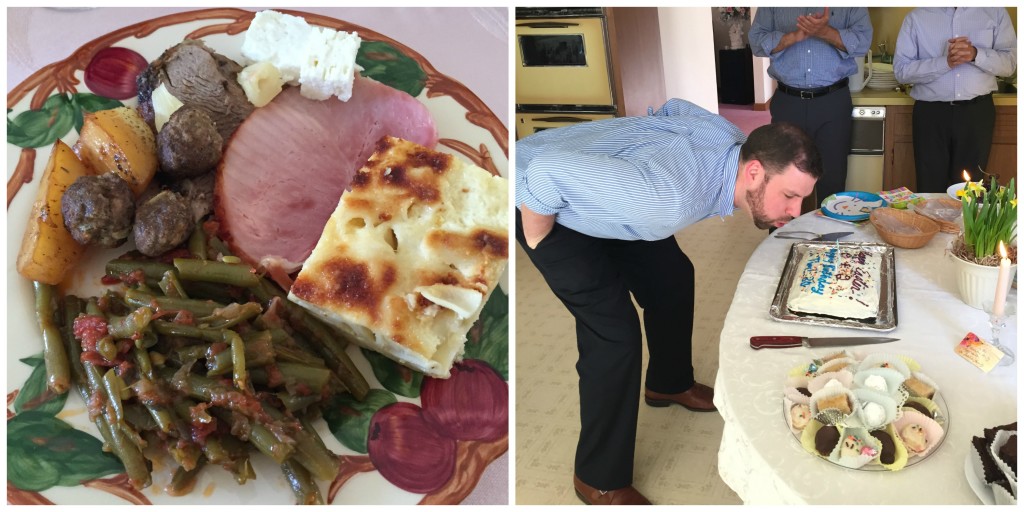 We also had a girls sleepover night at Slesh’s. It was perfect timing right after Bridget got engaged! 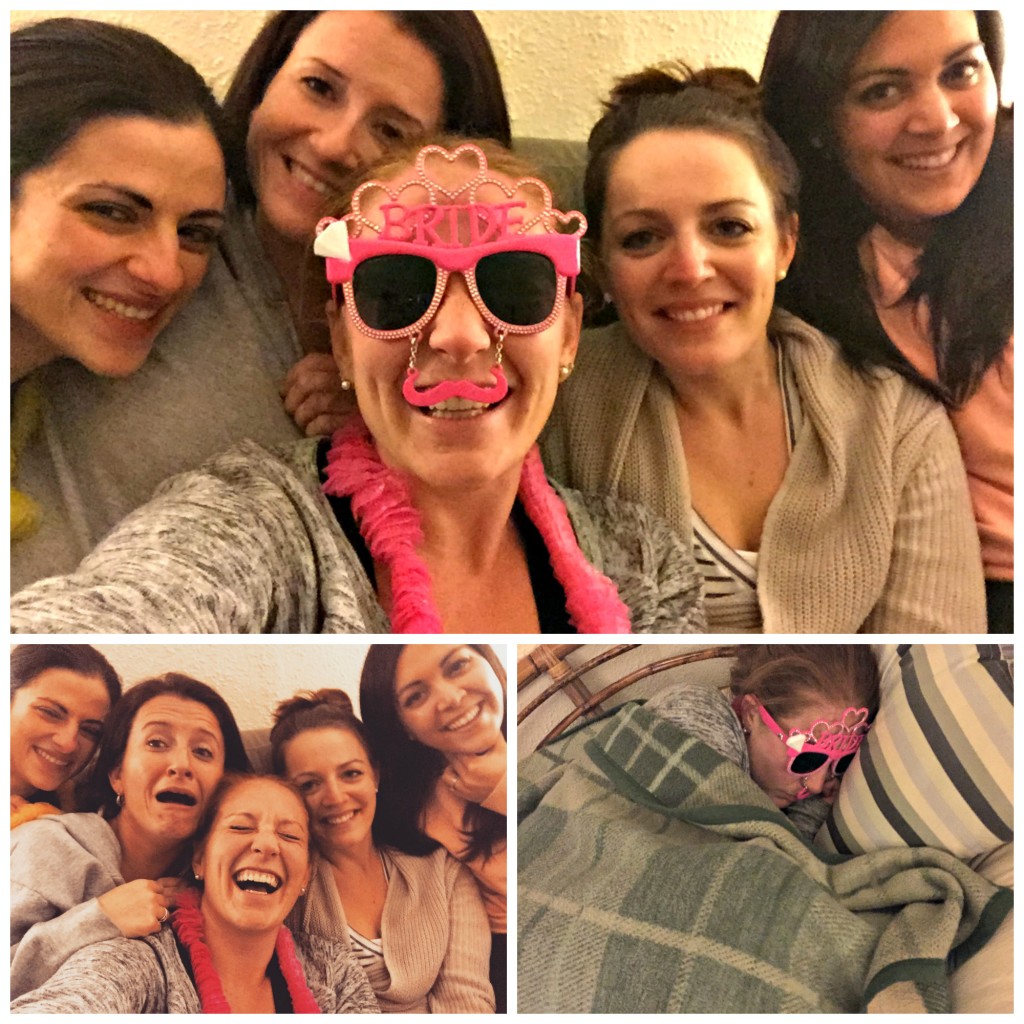 A gym friend night out. My friend Ashley’s work was having a spring fest fundraiser, and a bunch of us went. Steph, Mary, and I had an impromptu dinner date before! 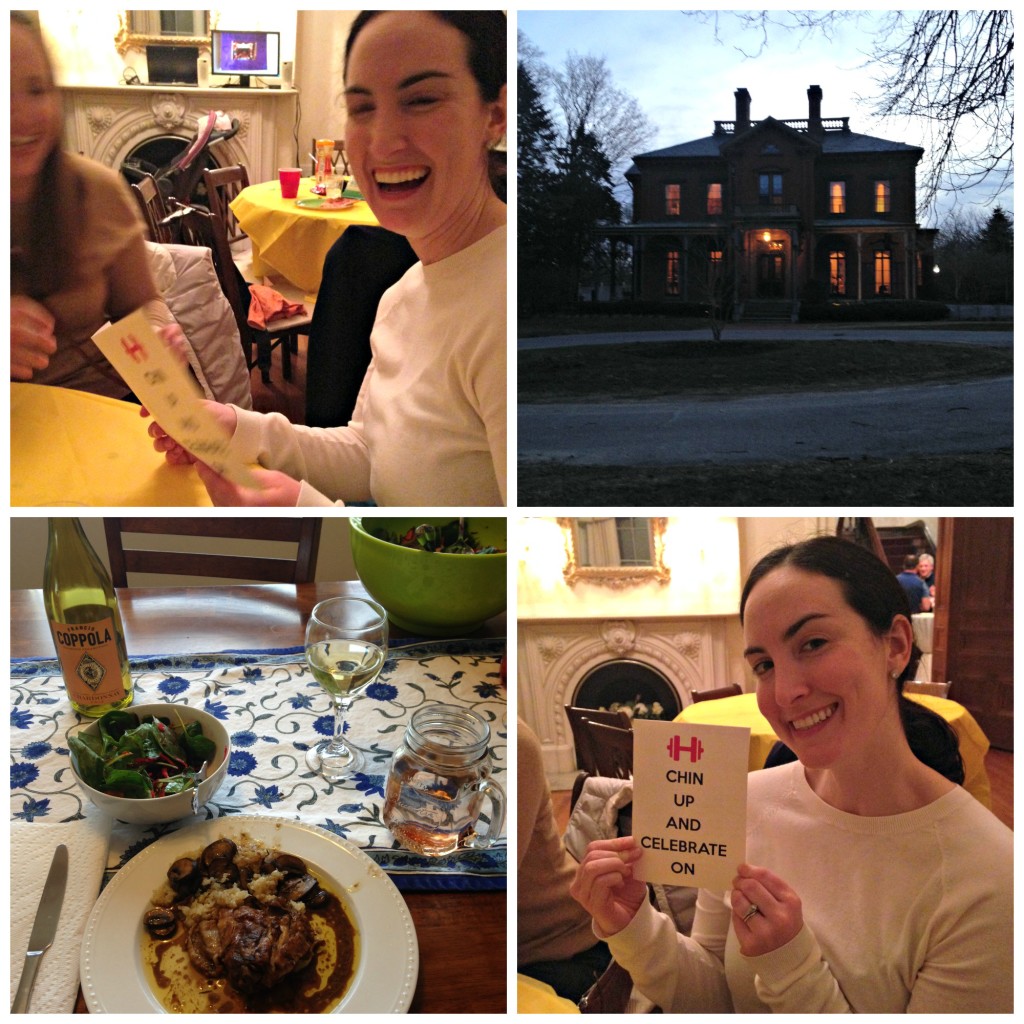 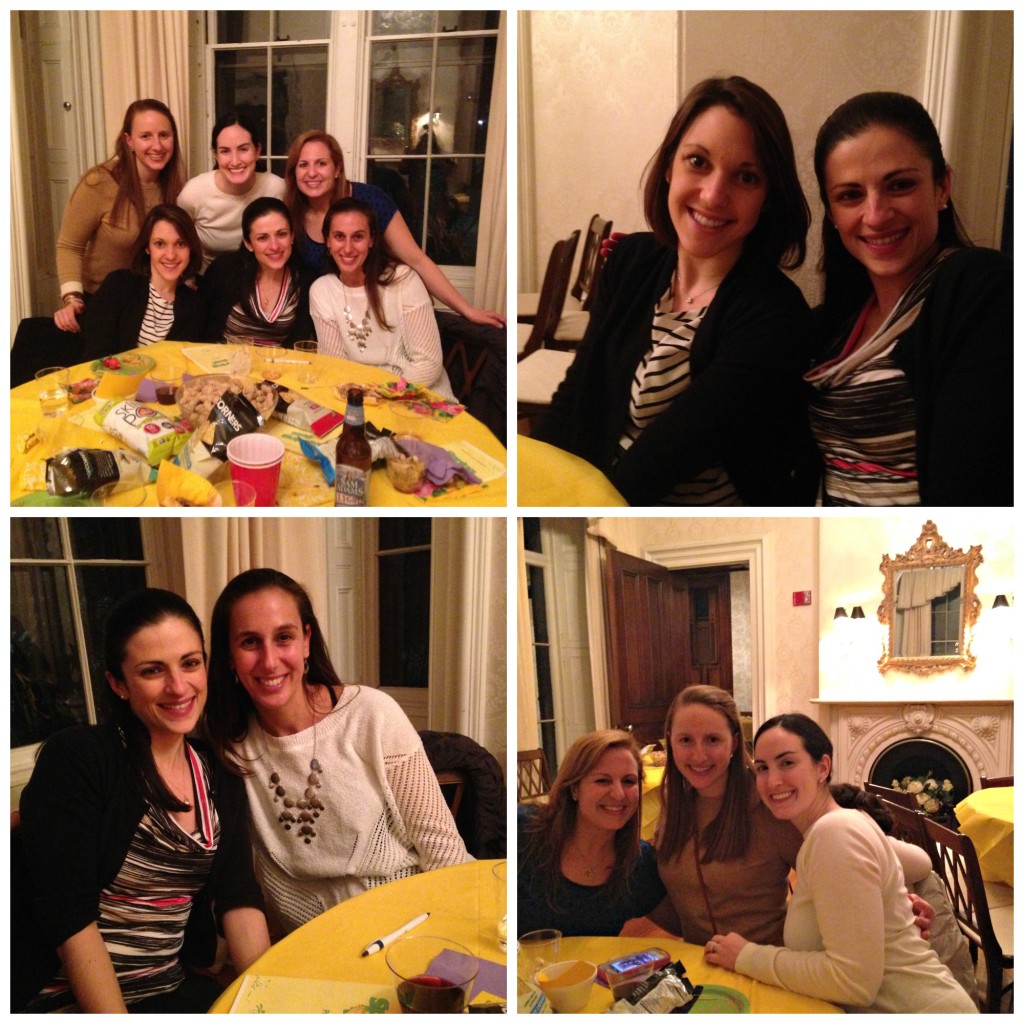 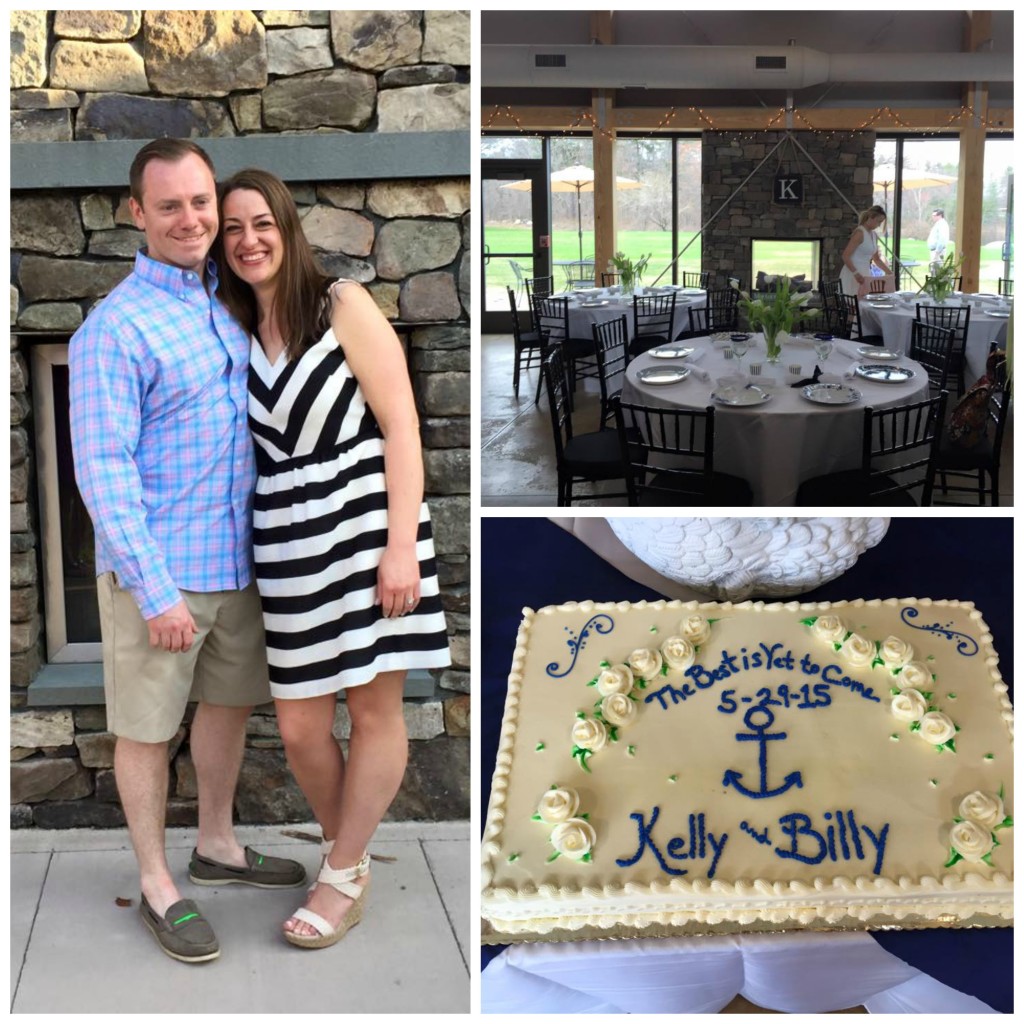 Tim’s actual 30th birthday night. It was the same day as his cousin’s Jack and Jill shower, we just met up with Slesh and Will for drinks that night! This picture is just goofing around in their apartment: 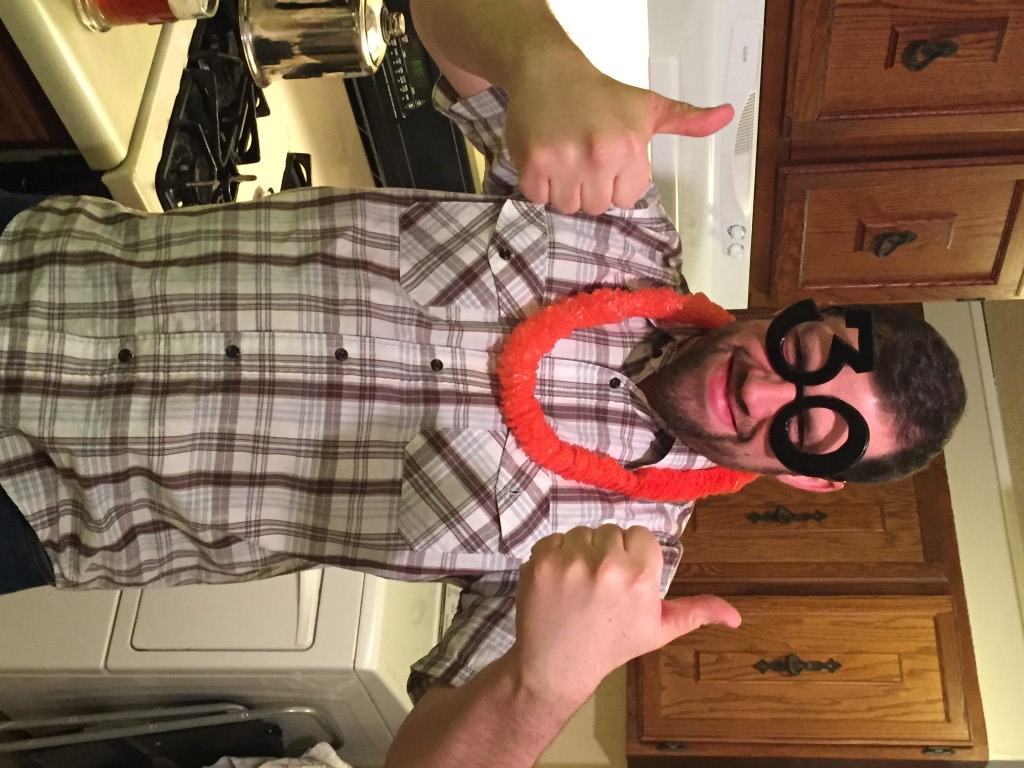 And I got indoor cycling certified. More on this to come! 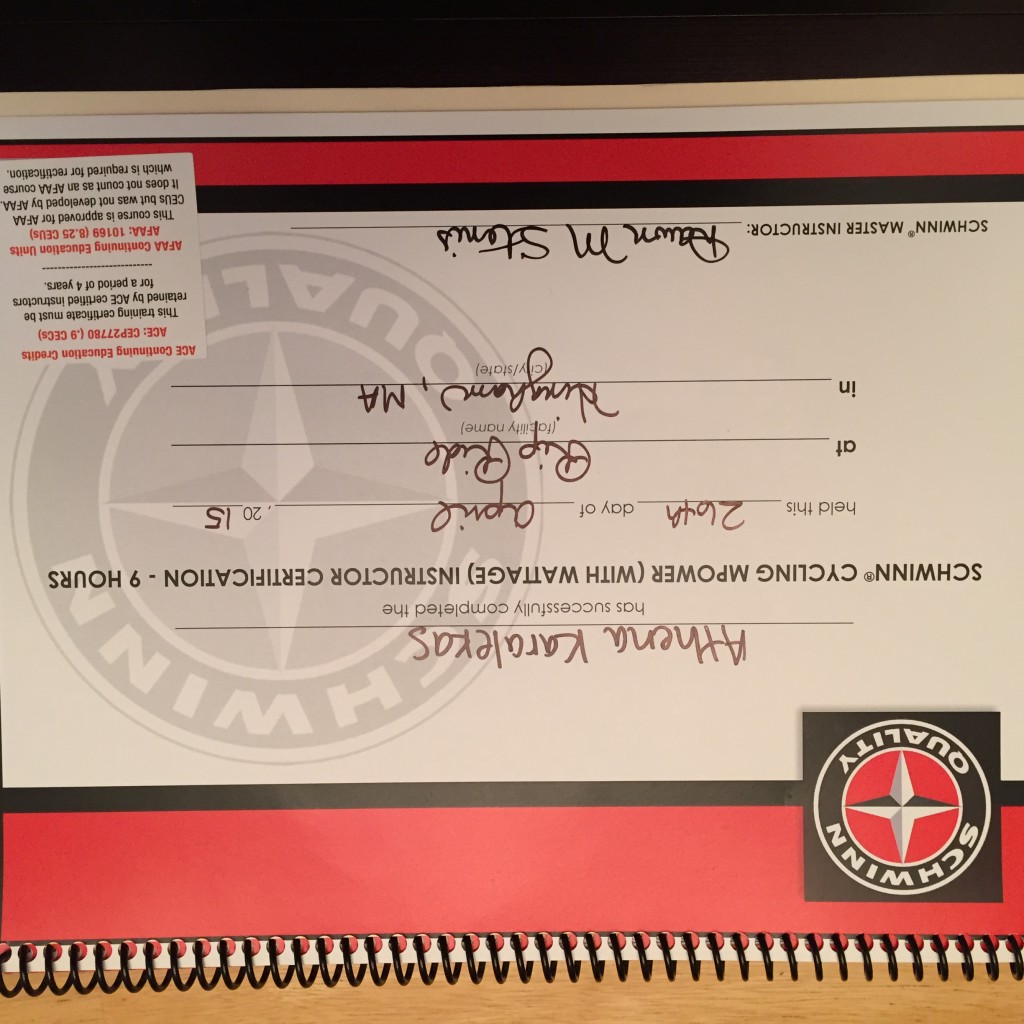 Not pictured from April:

Readers, let’s chat! What did March and April bring you? What’s going on in your lives lately? What are you looking forward to throughout the rest of May?

Hope you all had a great weekend and that your weeks are off to a great start!