Last Friday, Tim and I were both working from home and decided to venture into the city for a midday lunch date on our lunch breaks. 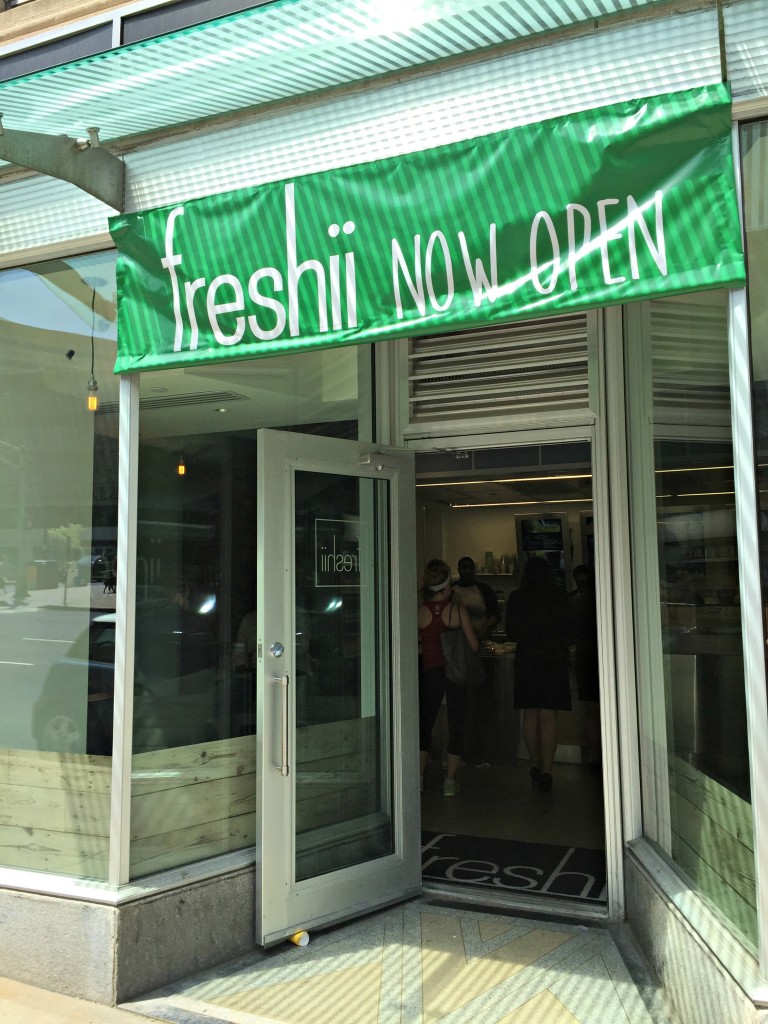 Freshii, a casual restaurant that focuses on nutritious food, environmental sustainability, and great flavor, just opened its third location in Back Bay, and we went in to see what it was all about. 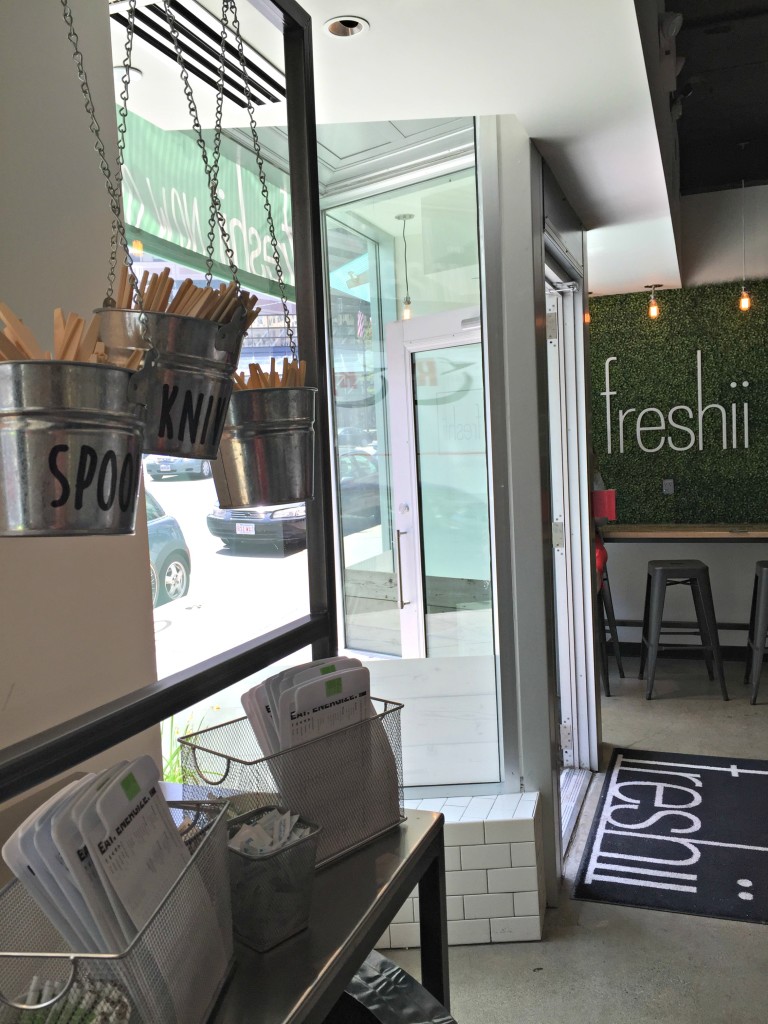 When we arrived, we immediately noticed how friendly the staff members were and how clean the restaurant was. We also liked that the food options were on display in the open salad bar setting instead of being pre-packaged behind the counter like most fast food options are. 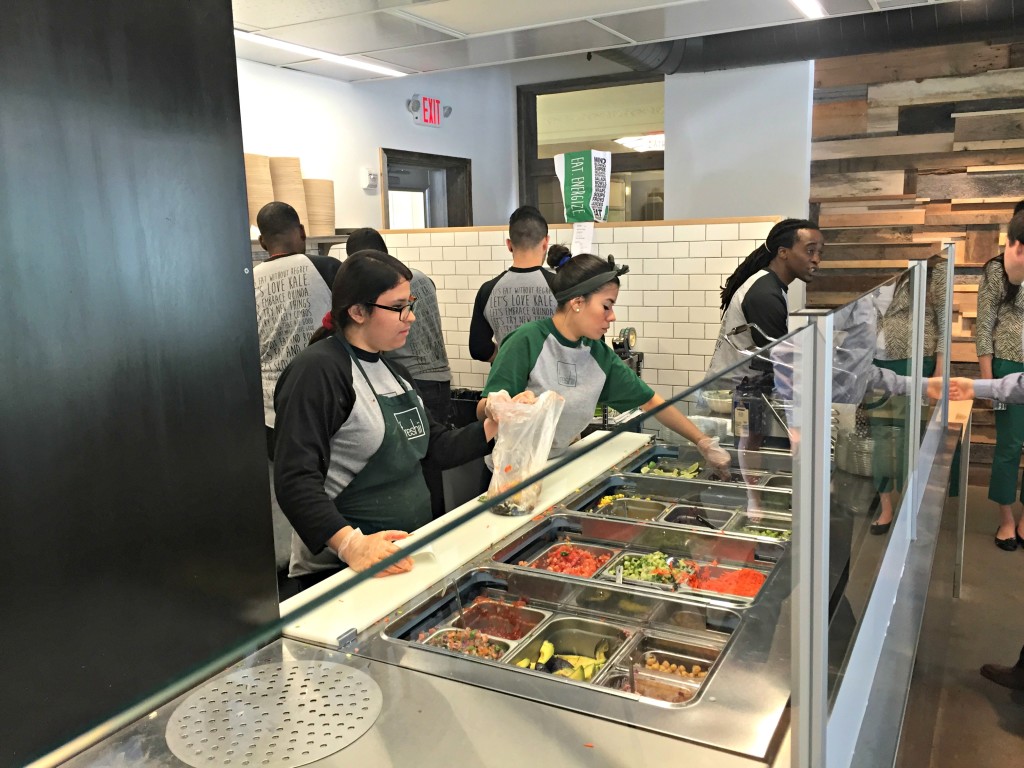 Freshii’s mission is to help people live longer and healthier lives by making fresh food convenient and affordable to all, and their offerings are designed to energize people on the go. Their menu is very diverse and includes breakfast, soups, salads, wraps, whole grain bowls, burritos, frozen yogurt, juice, and smoothies. 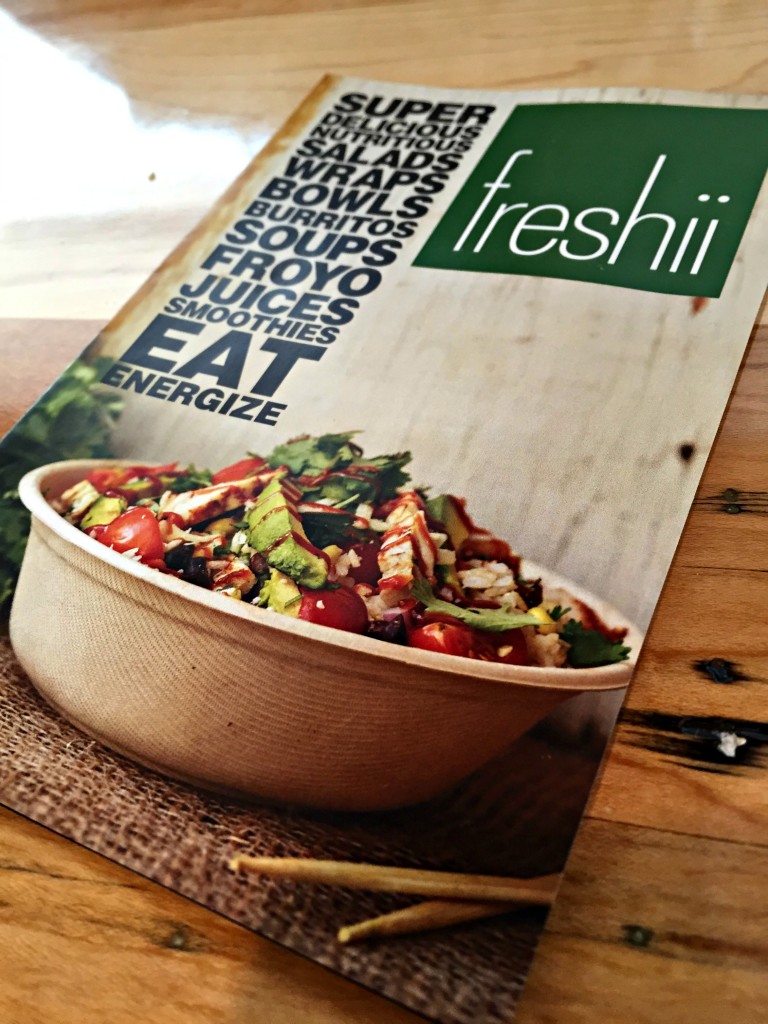 I liked how varied the menu was because a lot of places that claim to offer healthy options only end up having one or two boring salads. This definitely was not the case at Freshii, and it actually took us a while to decide what to order because a lot of the menu offerings sounded so delicious. Their menu is also completely customizable, but we decided not to go that route on Friday. 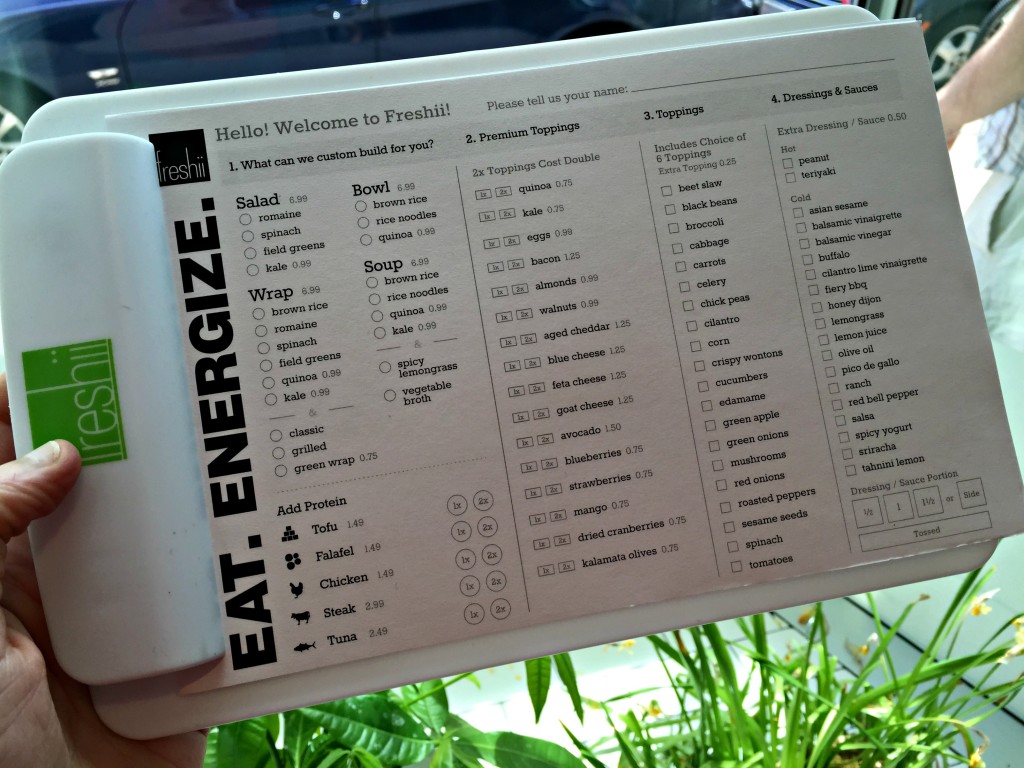 I was torn between the market salad (field greens and spinach, quinoa, avocado, beet slaw, apples, dried cranberries, carrots, and honey dijon dressing) and the Mediterranean quinoa bowl, but I decided to go with the latter. Along with the quinoa, it had field greens, red onions, feta cheese, cucumbers, roasted red peppers, tomatoes, cilantro, almonds, and it was tossed in a red pepper sauce. 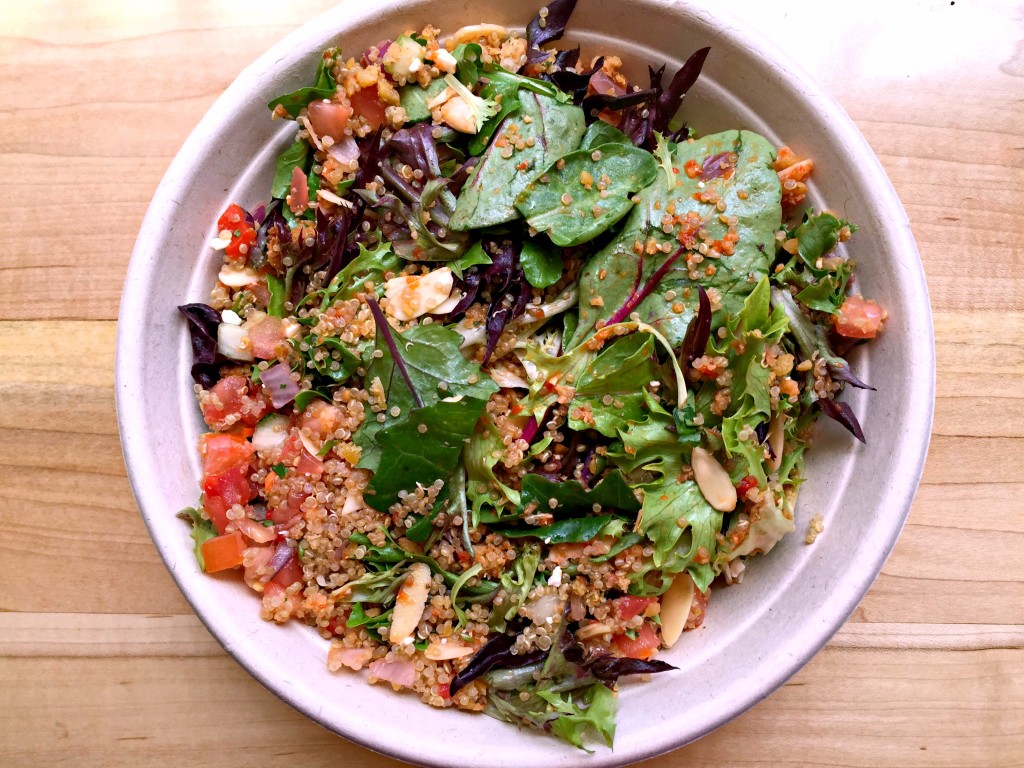 I asked for it sans olives, and they were happy to comply. We also had the option to add chicken, steak, falafel, tofu, or tuna to any menu item, so I added some falafel to my order. It was cut up nice and small, which I liked so I could taste some of the falafel in every bite. Along with the almonds, it added a great crunch to the meal. The highlight of this dish was the red pepper sauce. I thought it was such a creative dressing, and Tim and I spent a good ten minutes trying to figure out how we can recreate it at home. 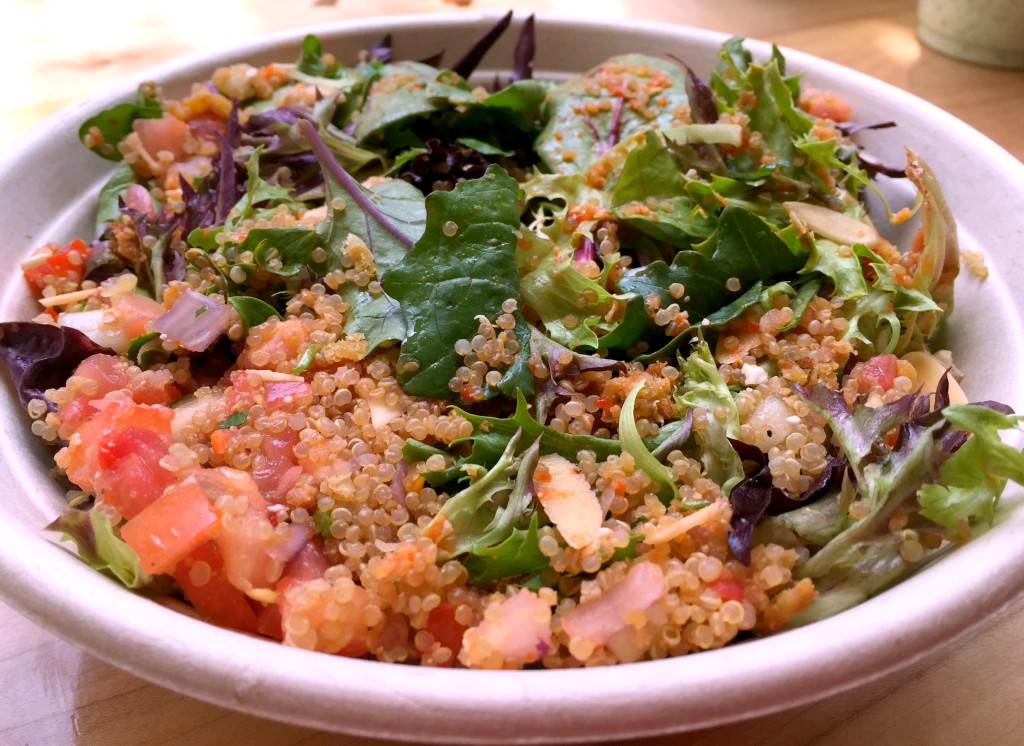 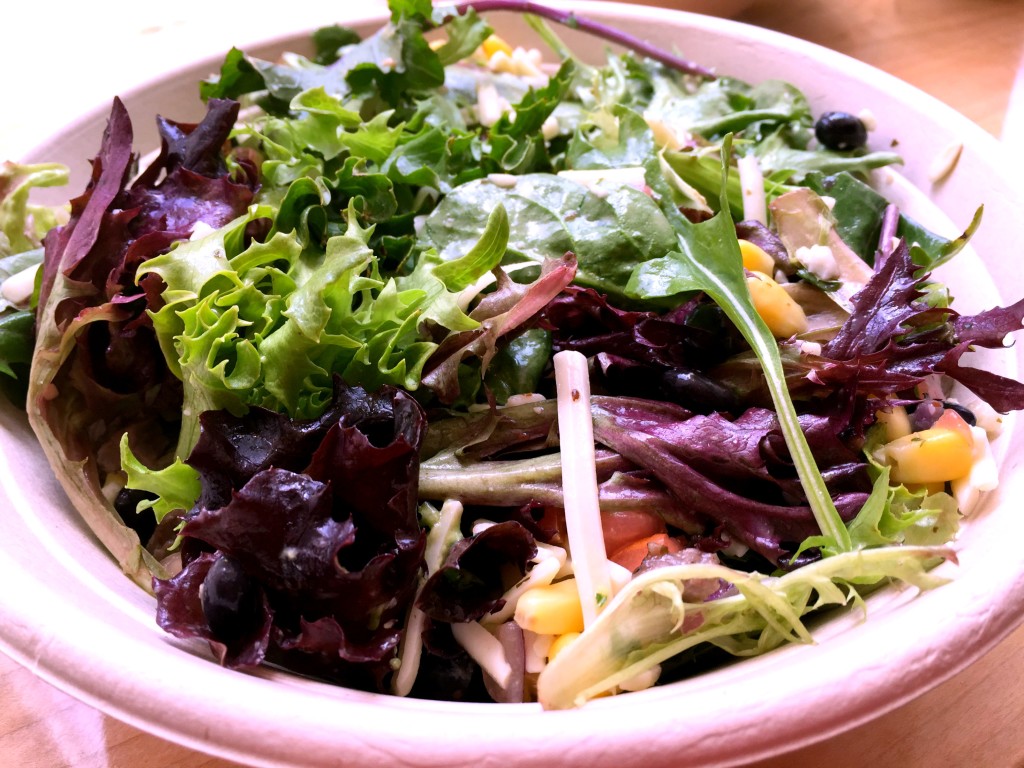 Tim said that because the staff mixes the salad for you on the spot, the lettuce was really fresh. He also raved about the cilantro lime dressing and liked that it was more acid based than oil based. However, he thought the steak he added to his order was a little overdone. We think it was because the pieces of steak were so small. Tim wanted a little more meat! No surprise there. 🙂 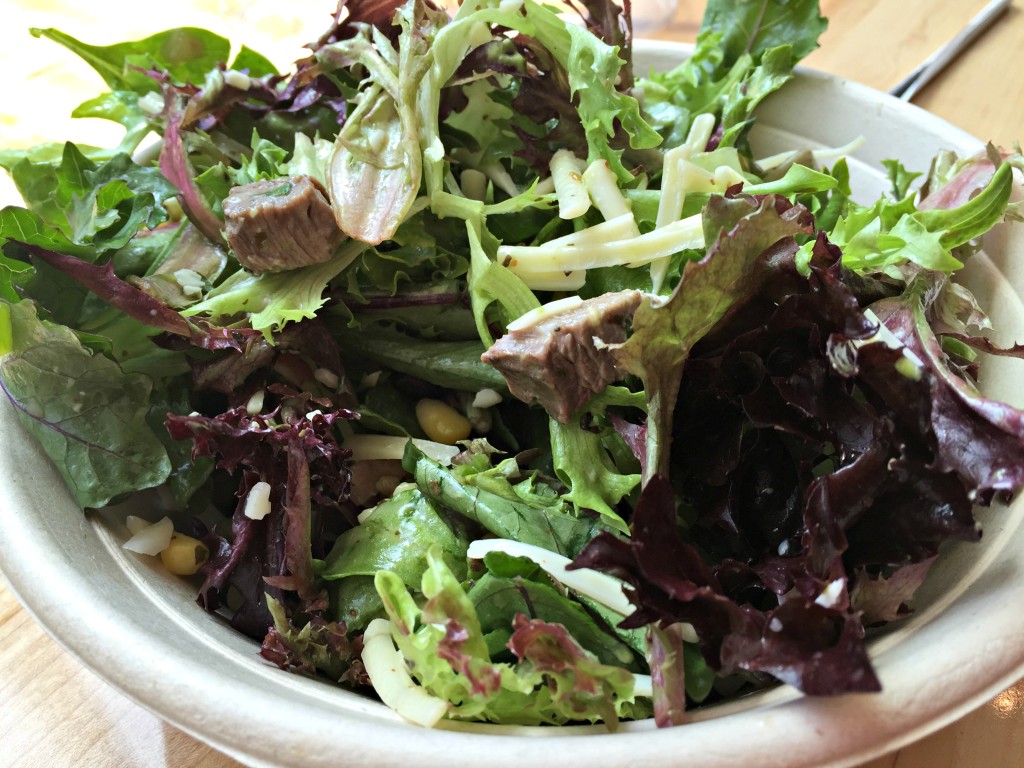 We also decided to also try a smoothie and a juice so we could get a feel for some of the drink options as well. We opted for the powerhouse smoothie, which was made of mint, pineapple, coconut milk, and low-fat frozen yogurt. Loved! It was summery, and the mint flavor kept it fresh and light. 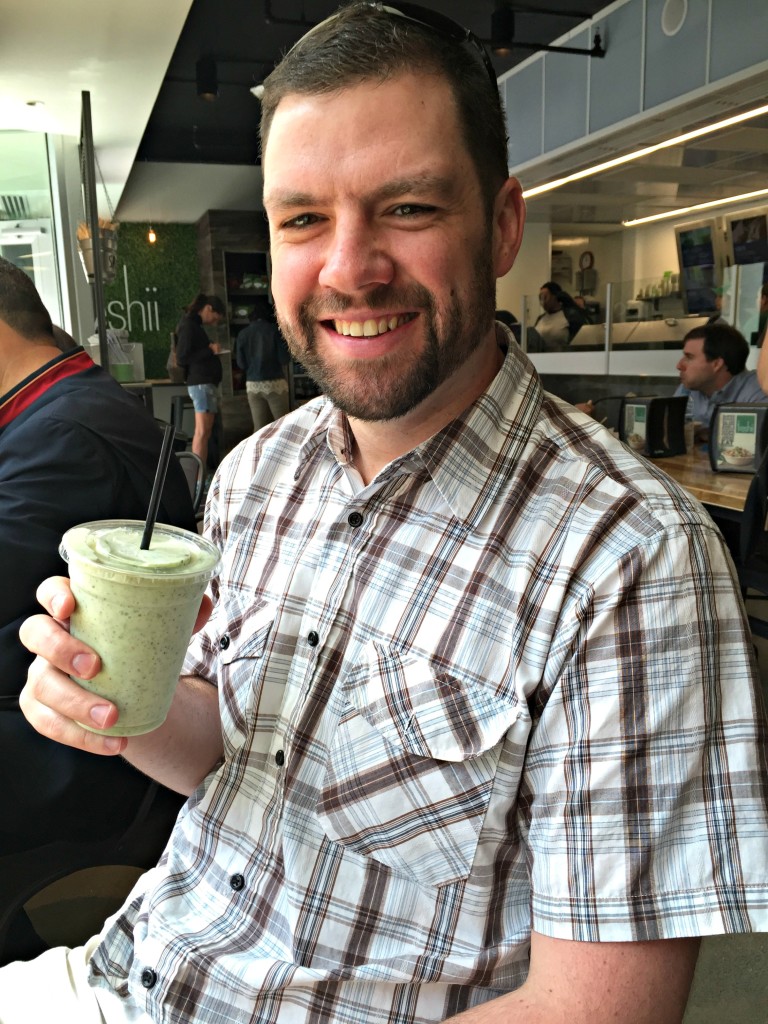 From the juice menu, we decided to order one that we would typically never order just to try something totally different. We went big and tried the red power juice, which was made of beet, lemon, ginger, and carrot. Unfortunately, the beet flavor was a little too strong, and we didn’t finish it. I love beets so much, but had never tried beet juice, so I was bummed that I didn’t like it as much as I thought I would! 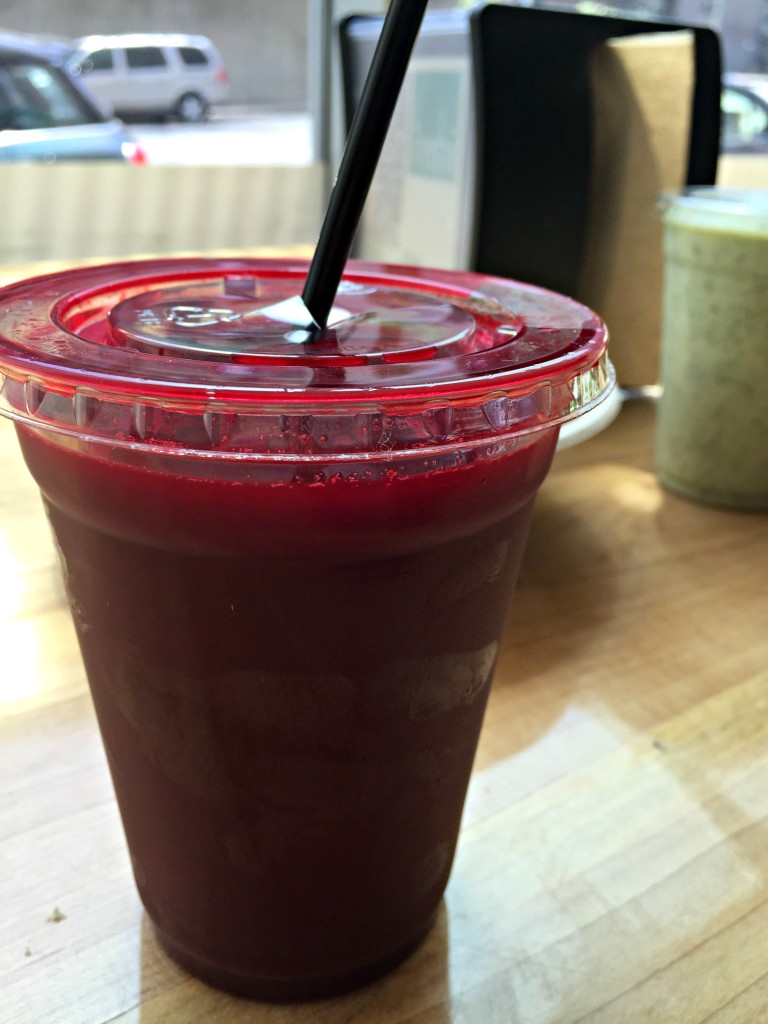 Overall, we enjoyed our experience. We would eat there again, and we definitely recommend it for healthier on the go meal options. 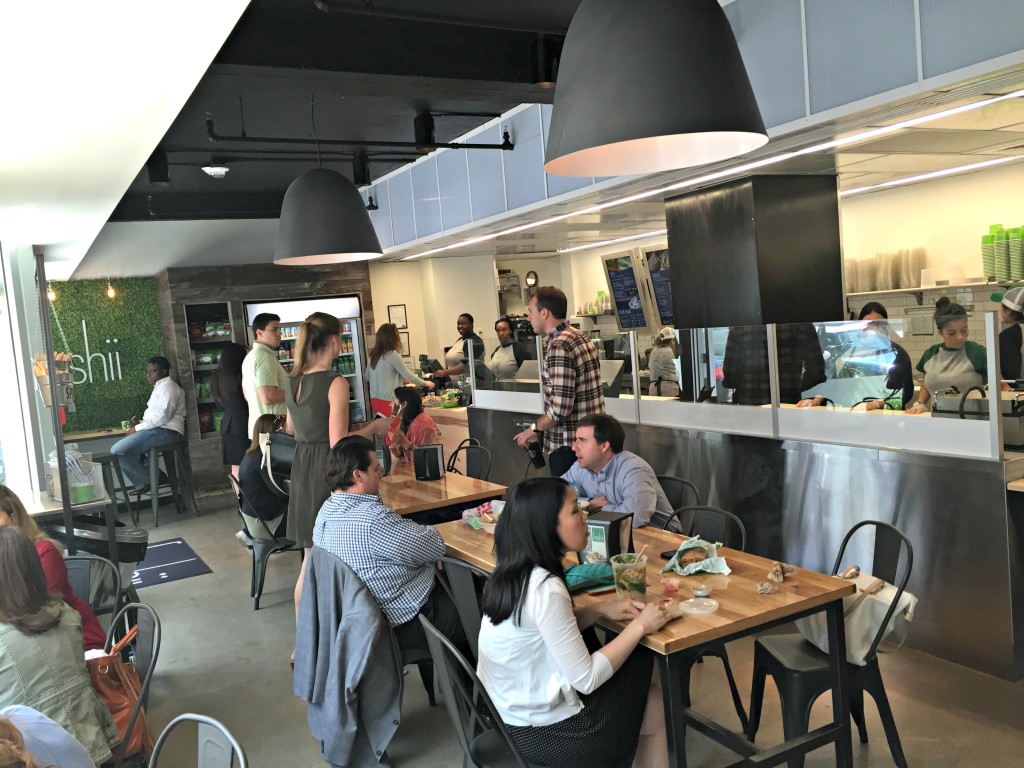 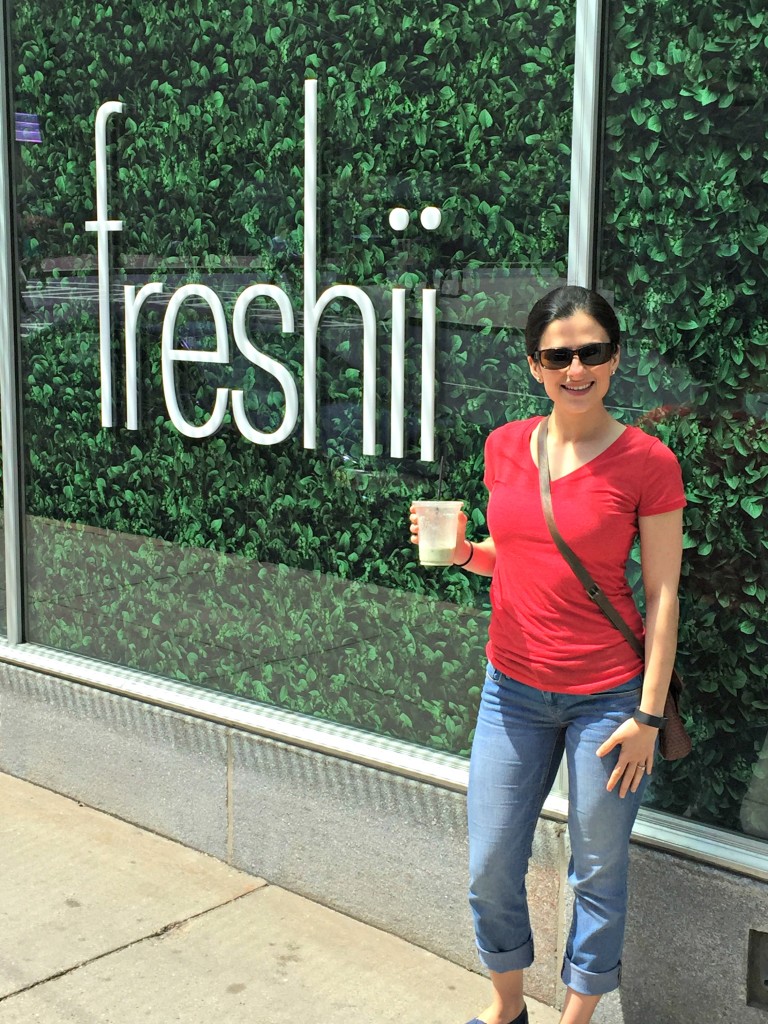 After we ate, we sat outside in Copley Square for a few minutes because it was gorgeous outside. I wish we could have sat there all afternoon, but I guess work had to come first. Lame. 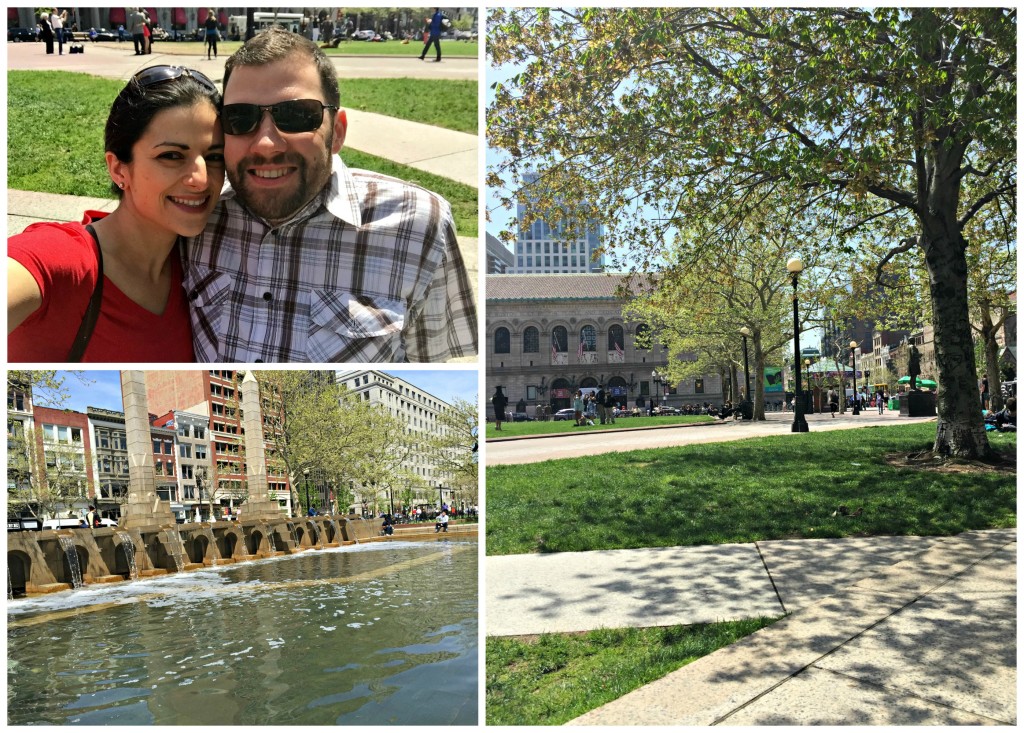 A big thank you to the folks at Freshii for our fun Friday lunch date!

Readers, let’s chat! Have you ever tried Freshii before? What did you think? What are your go to options for healthier on the go meals? Do you like beet juice?

Disclaimer: Tim and I each received a complimentary meal at Freshii in exchange for this review. As always, all opinions are my own. Freshii Back Bay is located at 185 Dartmouth Street in Boston, and their sister locations are in Fort Point and the Financial District.