Hello!  It’s back to the grind today, but first before I dive into my day I want to recap the weekend for you guys.  There’s lots of fun stuff that I want to share!

Tim and I met Bridget and Dave for dinner and drinks at Society on High near South Station.  My verdict on this bar is that they have phenomenal drinks but really overrated food.  I ordered a fall veggie salad to start, and it was super oily.  And we were excited to get a flatbread, but we thought it was too cheesy and definitely too salty. 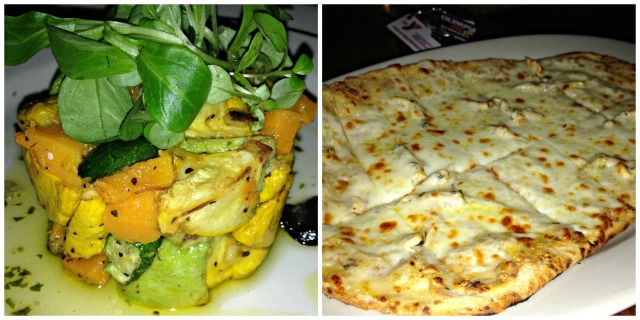 It’s always disappointing to spend money on something you could have made better yourself, but I quickly forgot about our food woes after a couple of cocktails.  The four of us then headed over to Stoddards, where we ordered fun fall beers.  That place is quickly becoming one of my favorite Boston bars.  Their bevvie selection is just awesome.  Around 11:30 we got Erica’s text that she and Chris had arrived at South Station, so we met them and got one last drink at The Corner Pub, a complete dive bar which was perfect for the last drink of the night. 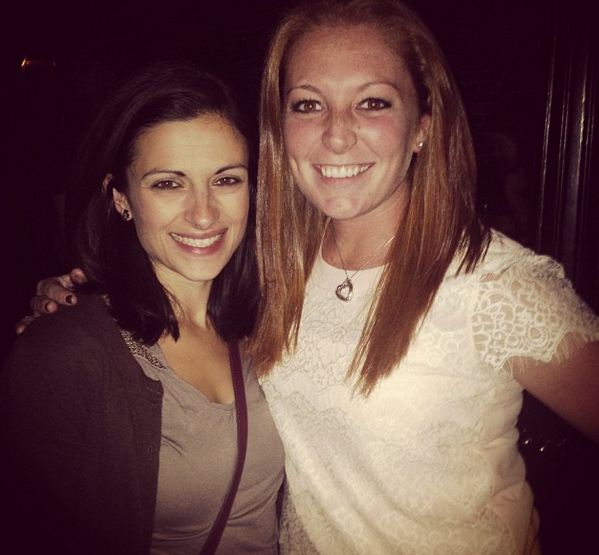 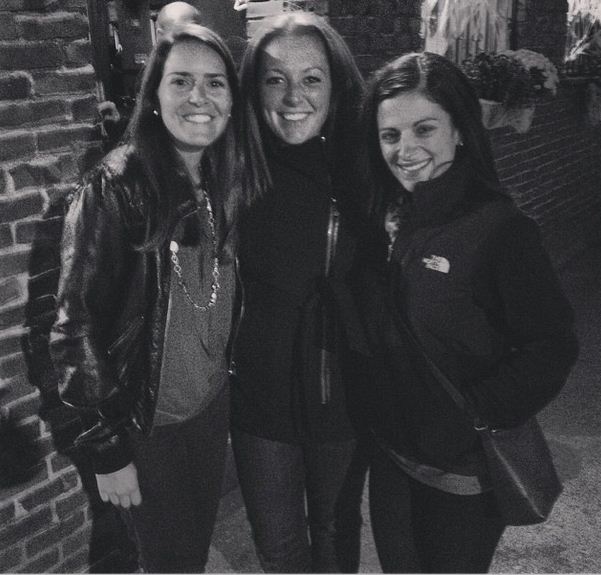 After sleeping in, Erica and I met up with Slesh and her sister for bridesmaid dress shopping!  This is my first time being in a wedding since my super cool 11 year self was a junior bridesmaid in Auntie Paula’s wedding, so I wasn’t really sure what to expect, but the experience was super easy.  We were in and out in about two hours, and we found a dress that we all liked and felt comfortable in right away.  After shopping, Erica and I were hungry so we met up with Bridge for a quick bite at Athan’s Bakery in Brighton, and then it was time for the “party for the party” at Slesh and Will’s.

Slesh and Will were throwing this party for everyone involved in their wedding day in some way, but of course the girls and I wanted to come up with a few twists of our own to add.  Erica created a fun game to play that she named “Popped the Question.”  For anyone looking for engagement party or shower games, listen up!  Ahead of time we asked Slesh and Will to each answer ten questions about the other person.  At the party, we asked each of them how they thought the other answered the question, but to find out the original answer, you had to pop a balloon.  We hid the answers in the balloons ahead of time and got everyone involved by having a “Team Slesh” and a “Team Will,” and everyone took turns popping the balloon.  We also went all out with the “Popped the Question” theme and brought ring pops, blow pops, tootsie pops, popcorn, pop chips, and champagne to pop the bottle. 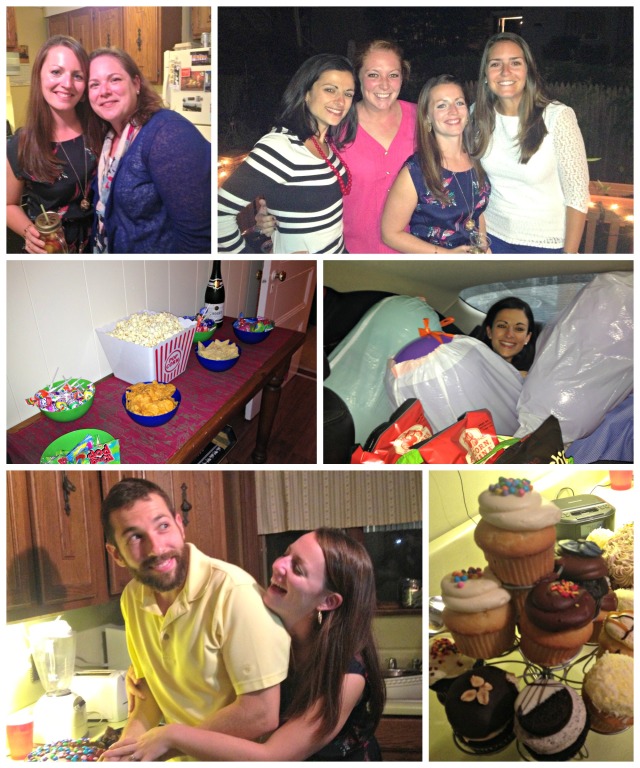 Everyone had so much fun, and it was nice to get to know everyone else in the party ahead of time.  Thanks to Slesh and Will for hosting a great night!

We slept in again (Bridget, I totally went back to bed after bringing you to get your car!) and lounged around with Chris and Erica until it was time to drop them back off at South Station.  The rest of the day/night was spent cleaning the apartment, going for a run and doing a strength workout, grocery shopping, and getting Week 3 of Fall Into Fitness together.  Oh yeah, and watching Homeland of course.  I’m happy Homeland is back, but this season isn’t “catching” me so far.  I’m waiting though!

Finally, I was so happy to have yesterday off from work for an “extra” day.  I woke up early to bring my car in for an oil change and work out, and then I had to get some reading done for my wellness coaching class at noon.  After class, Tim and I headed out to Stowe for a late afternoon apple picking stint.  We went to  Shelburne Farm, and there were surprisingly a ton of apples left on the trees for this late in the season.

We picked our peck of apples, then headed to the apple store where we bought a gallon of apple cider, split an apple, ham, and cheese wrap, and splurged on a cup of apple crisp.

Finally, we wrapped up our day with a walk around Walden Pond before heading home. 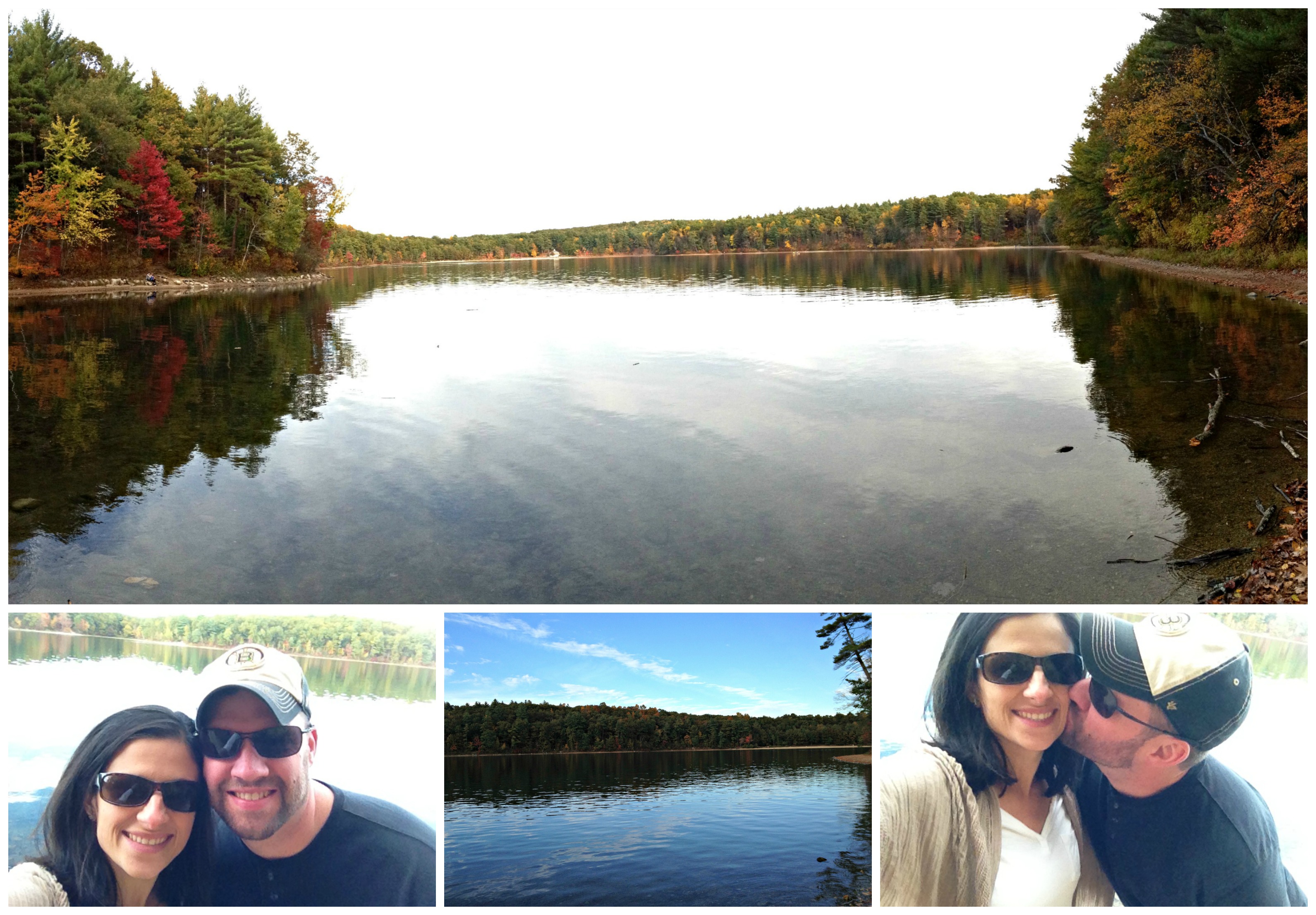 It was a perfect fall day and a great way to wrap up the long weekend.

What did you guys do this weekend?  Did you have yesterday off?  Anything fun you want to share?