Over the Weekend: BC Football Game and Hopsters

Morning! Since yesterday involved some real talk instead of the weekend recaps I’ve been posting on Mondays lately, you guys get your weekend recap today instead. Happy Tuesday from someone who wishes it was still the weekend. Is it me, or did yesterday drag a little extra for a Monday?

Technically this wasn’t a part of my weekend since it was Friday morning, but since I was working from home on Friday and we were out of breakfast food, Tim and and I decided to have a quick breakfast date at Uncommon Grounds. It was a beautiful day out, so we walked over and ate outside on the patio. I ordered open face avocado toast with poached eggs and parsley on seven grain. And coffee. Always coffee. 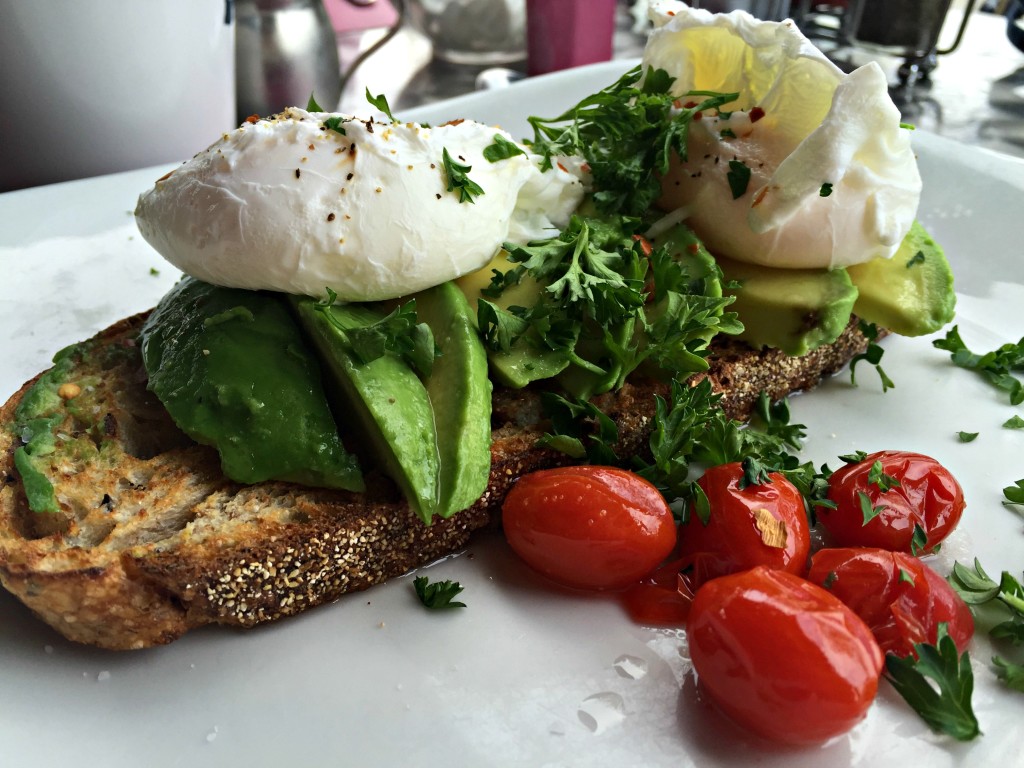 After work was out of the way, I kicked off the weekend by subbing a spin class. The only picture evidence I have of this is a photo that I guess I saved from Snapchat. Are you guys on Snapchat? I’ve been on there for a couple of months now, but I didn’t really start actively using it until a couple of weeks ago. And now I can’t stop. Find me on there @fitnessandfeta so we can snap and be cool. 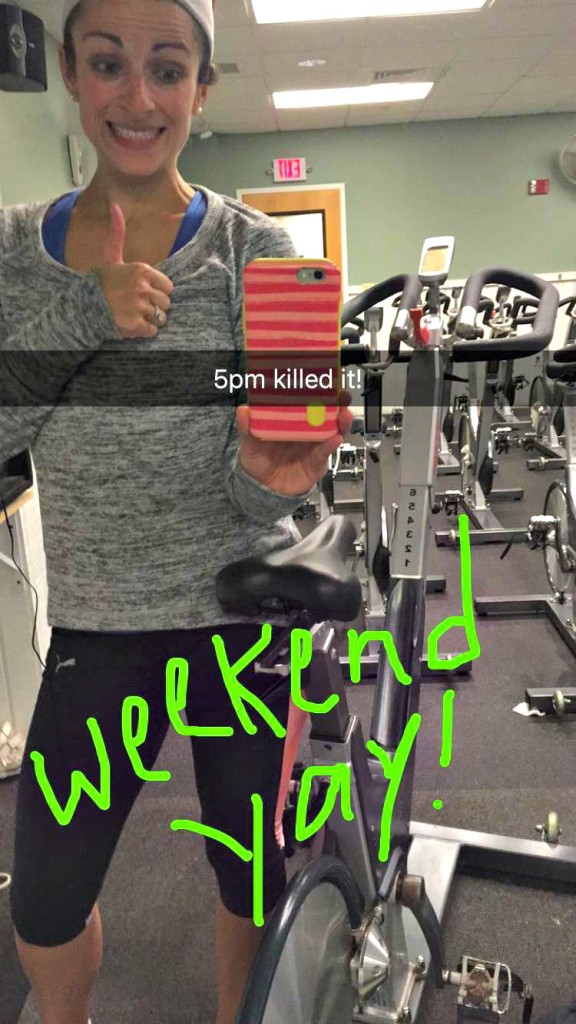 After spin, I came home and put together some snacks to munch on while Tim and I hung out in the kitchen. 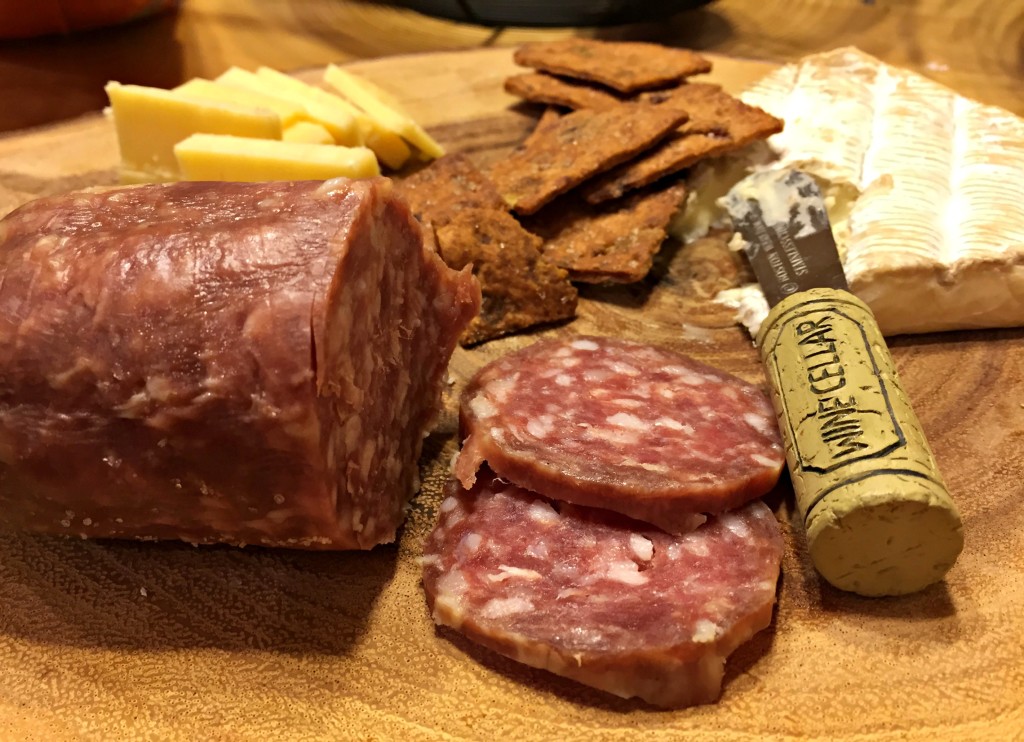 For dinner we made a pumpkin and butternut squash chili, a recipe from my company’s monthly potluck group. 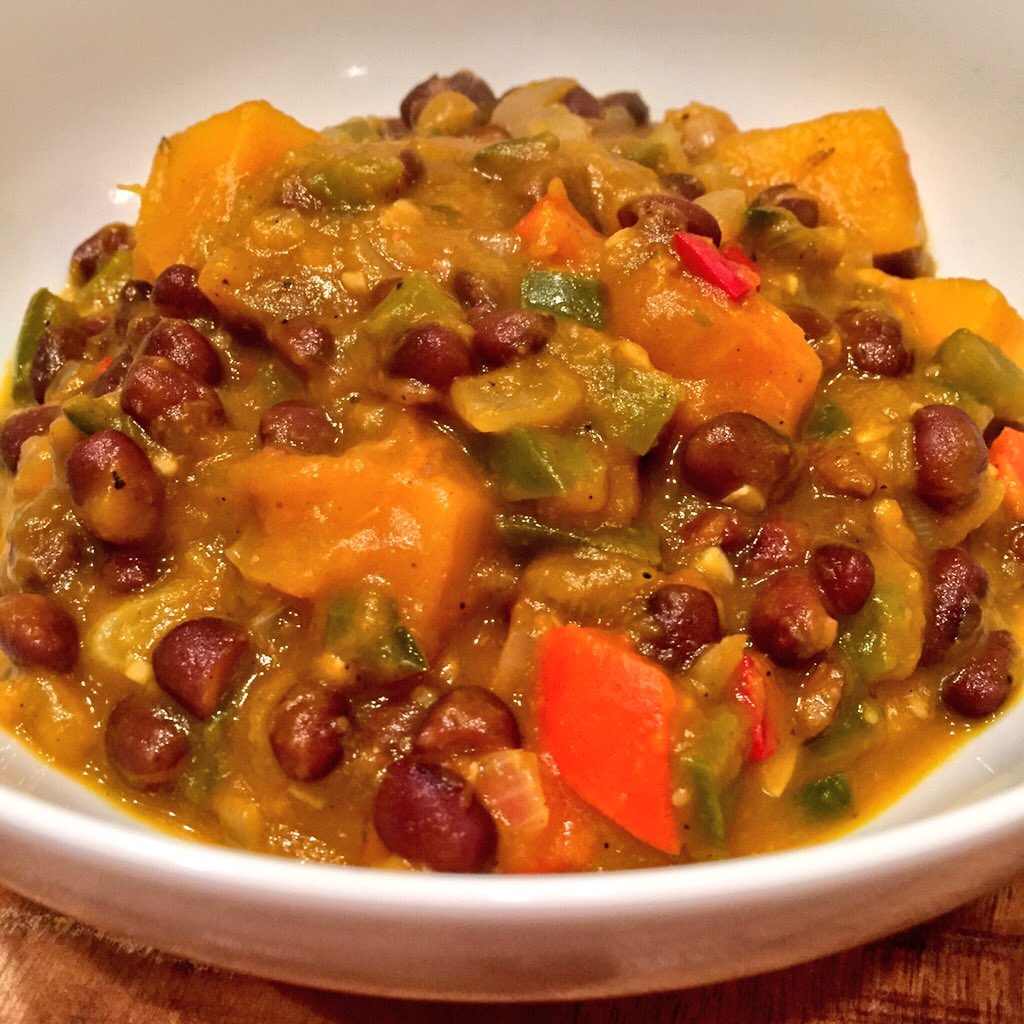 I also made pumpkin chocolate chip bars, and we did some recipe testing for the fall sangria that we want to make when we host Friendsgiving this coming weekend. 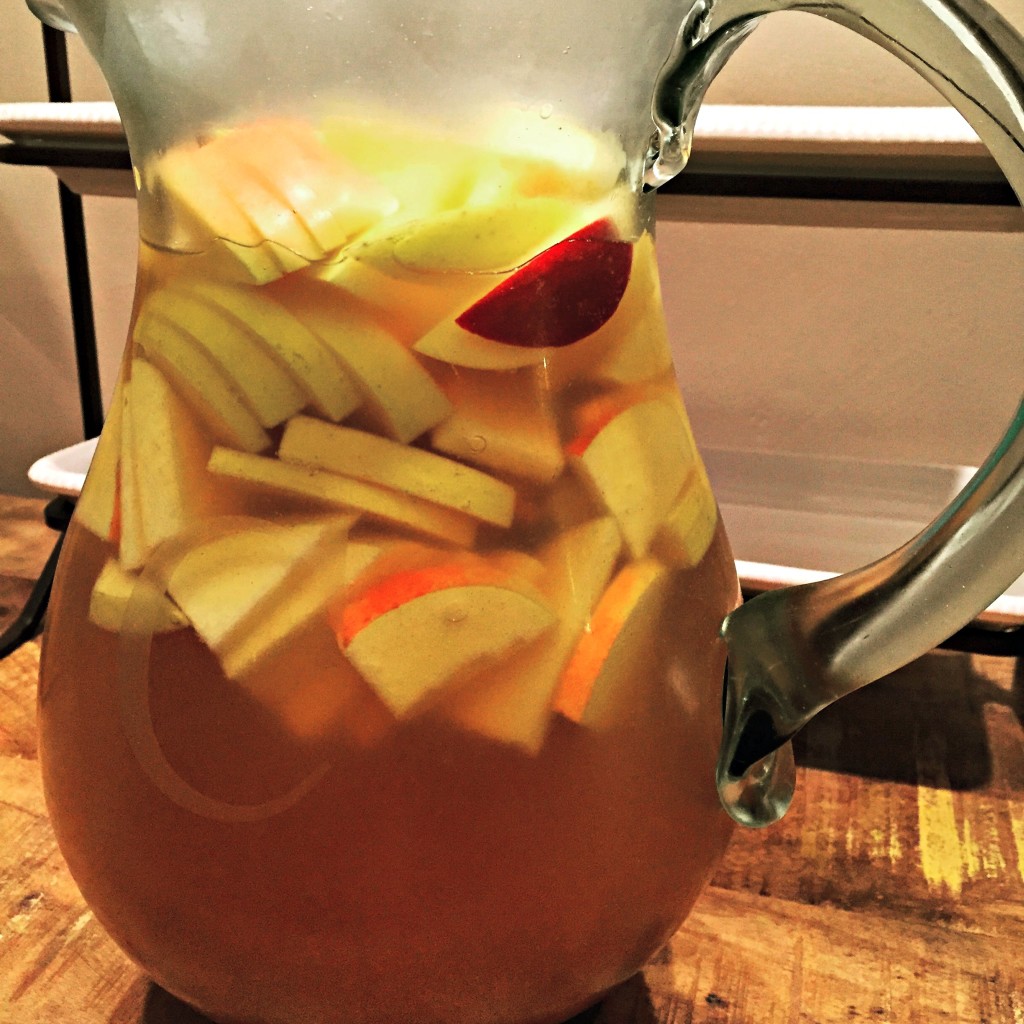 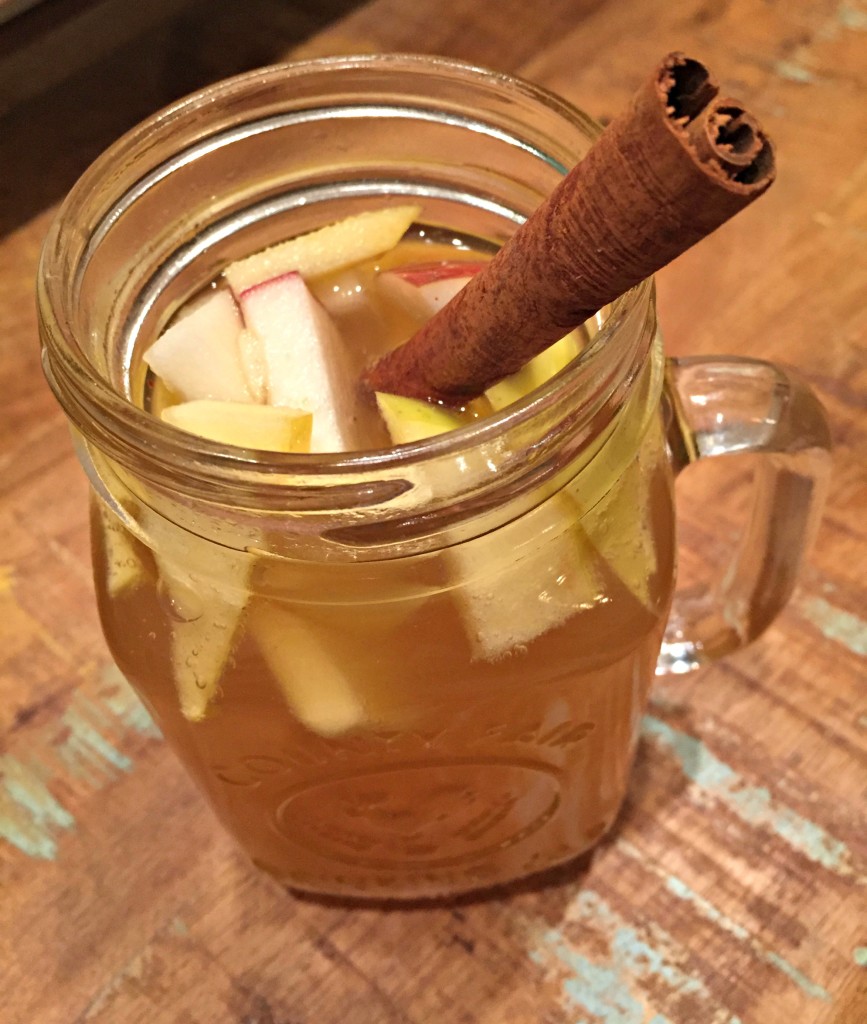 We relaxed for the rest of the night and were in bed pretty early. Old married couple!

Saturday was early to rise to squeeze a morning workout in before a day of fun. I lifted and finished my workout with a rope slam Tabata. Those are seriously no joke. 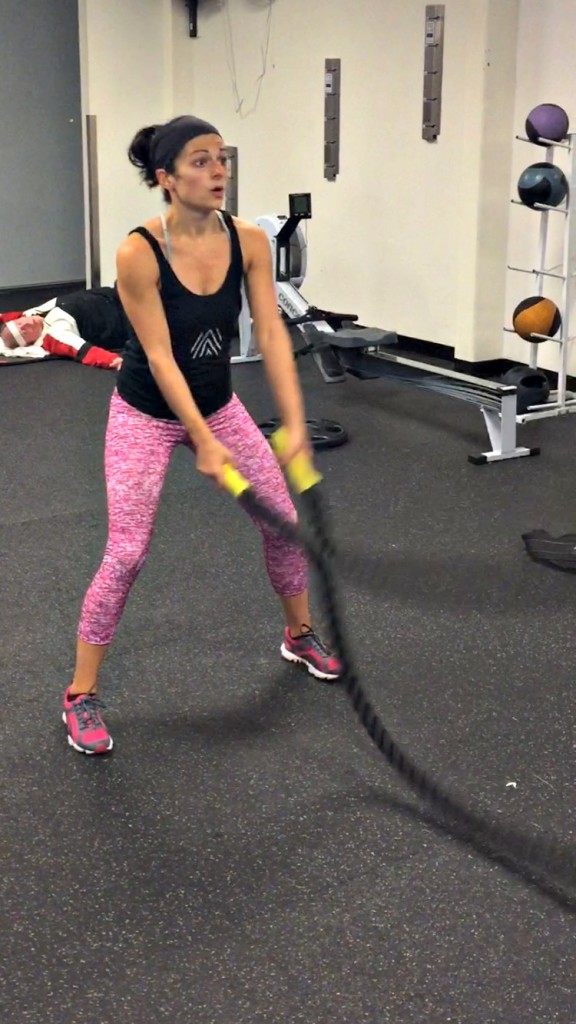 The rest of my day was spent out with Mary, Steph, and our men at the BC football game. Mary’s neighbor Melissa scored us awesome tickets and access to a special tailgating section with sooo much food. I’m not a big football person, but I’m also not one to turn down a good tailgate, mimosas, or a fun day with friends! 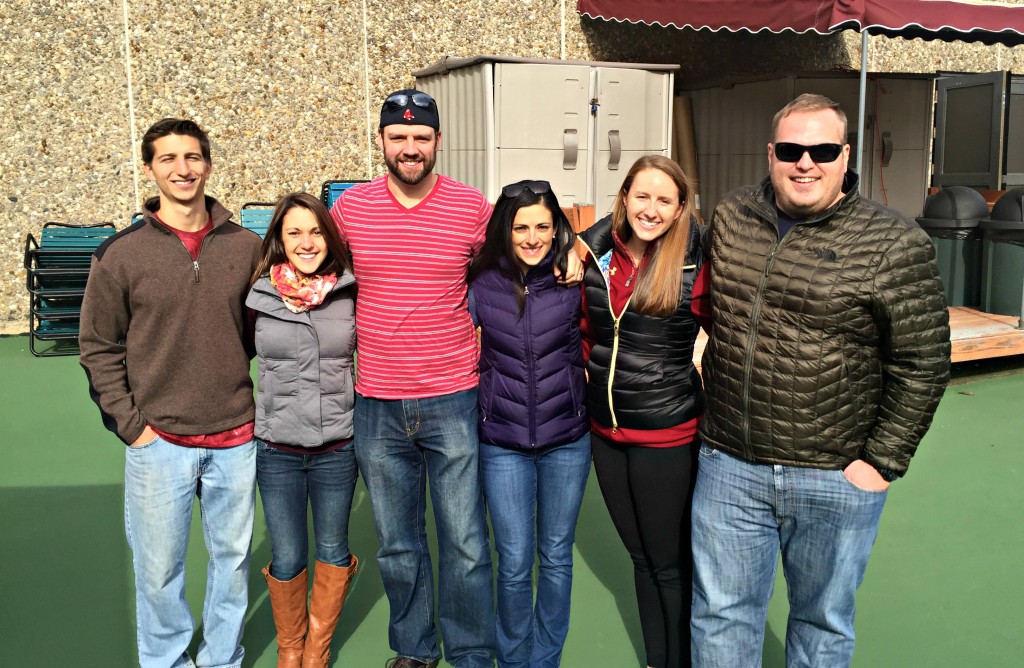 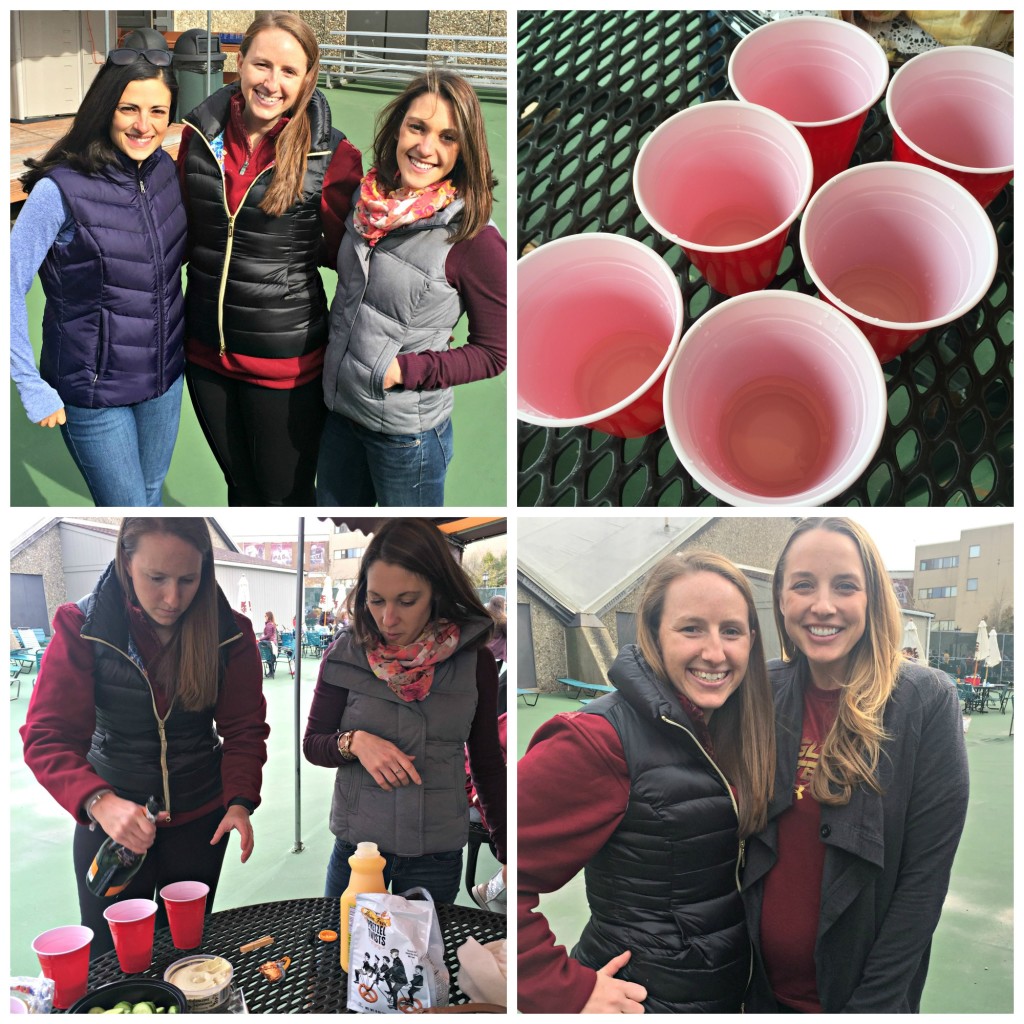 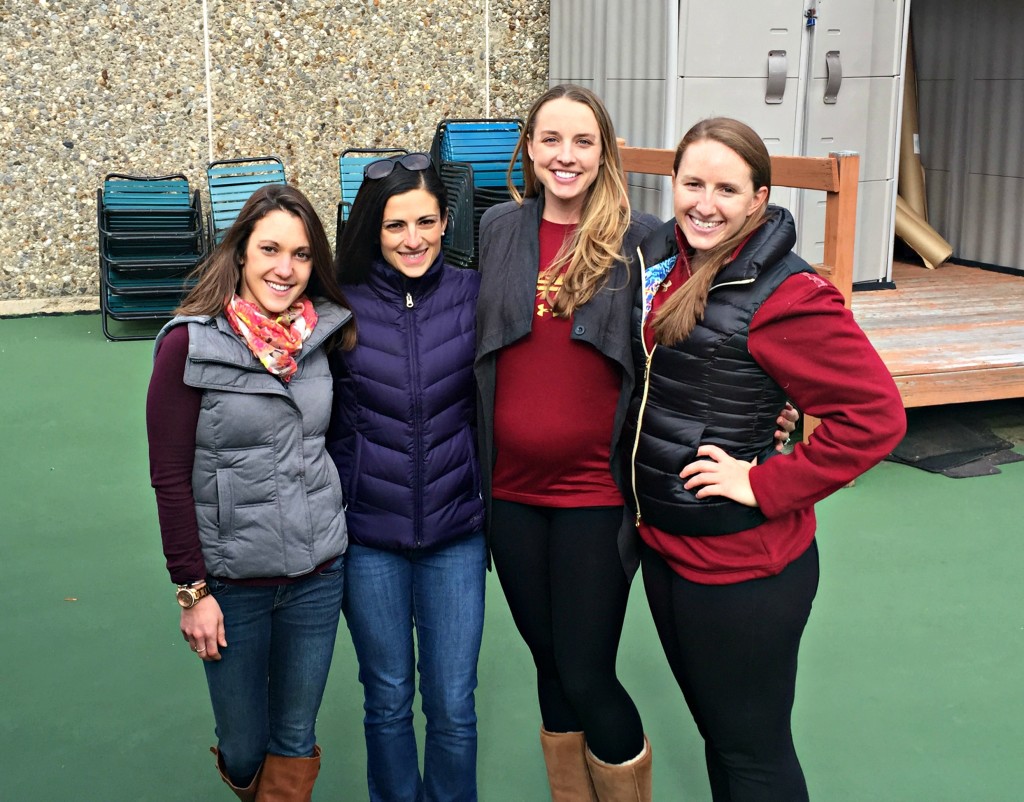 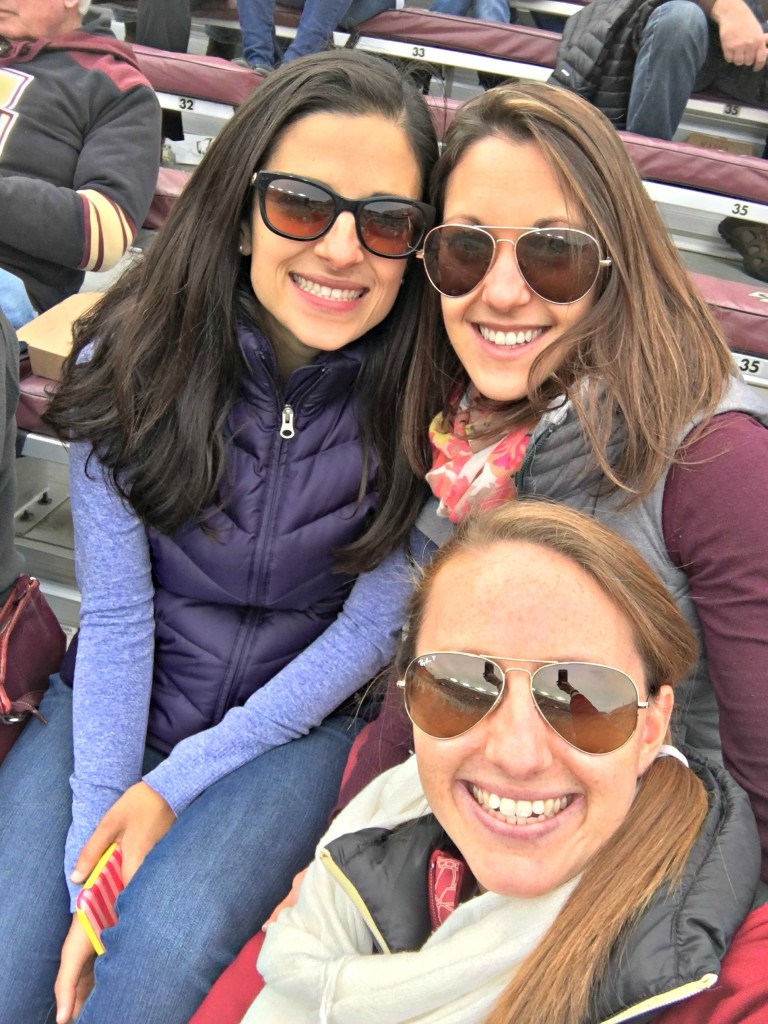 After the game got out, we continued the fun at Hopsters in Newton Corner over a few beers and snacks. Our friends Patrice and Brian were there later on to brew their own beer, and Tim’s sister came to meet us as well. We ordered some flatbreads as the night went on, but I eventually hit a wall. I just can’t hang how I used to, and we started early! 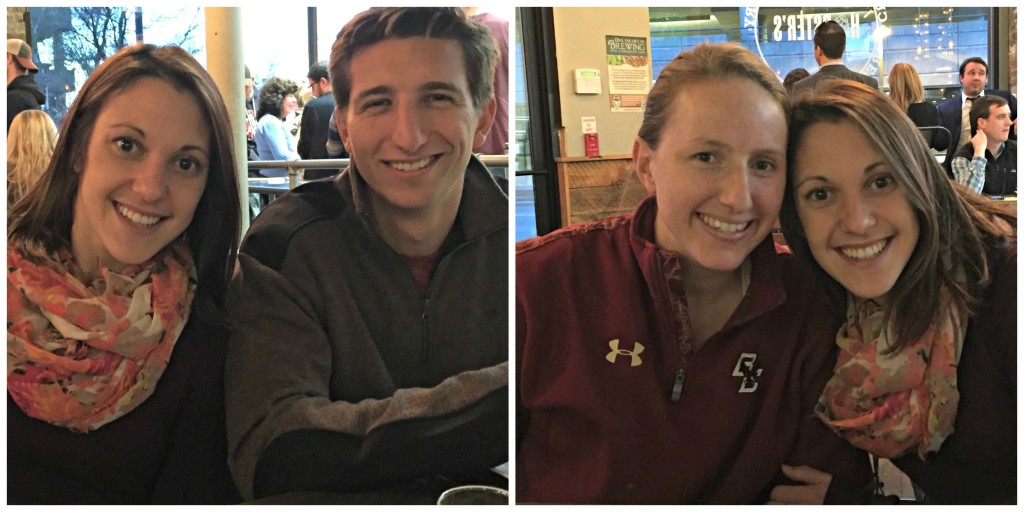 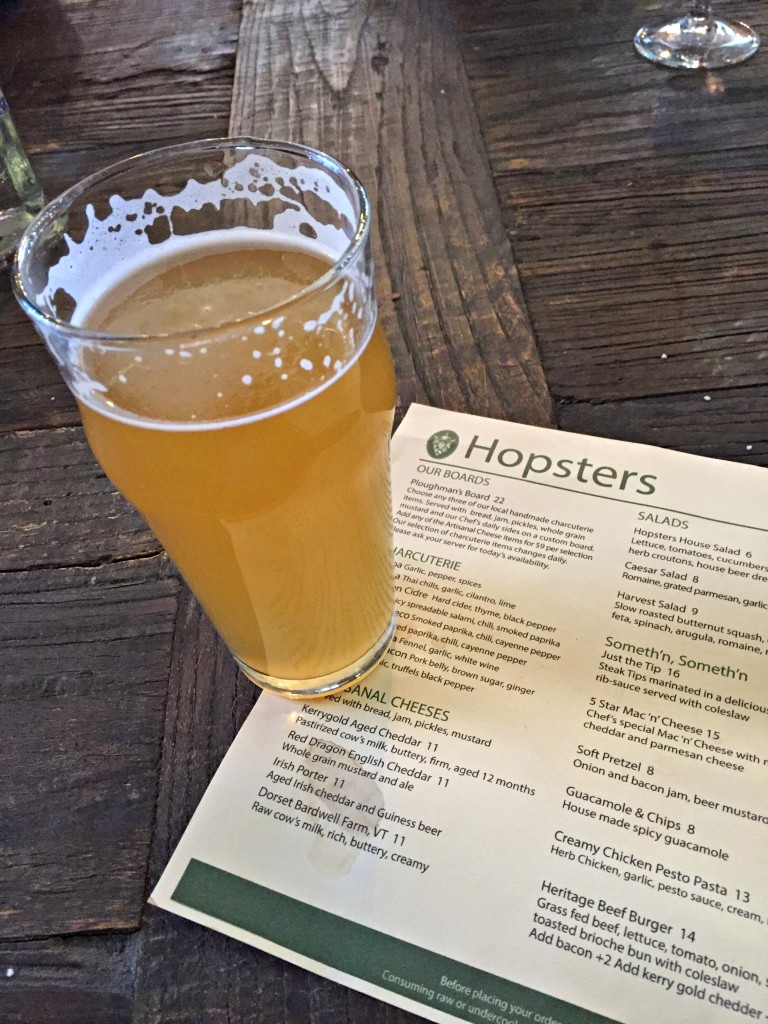 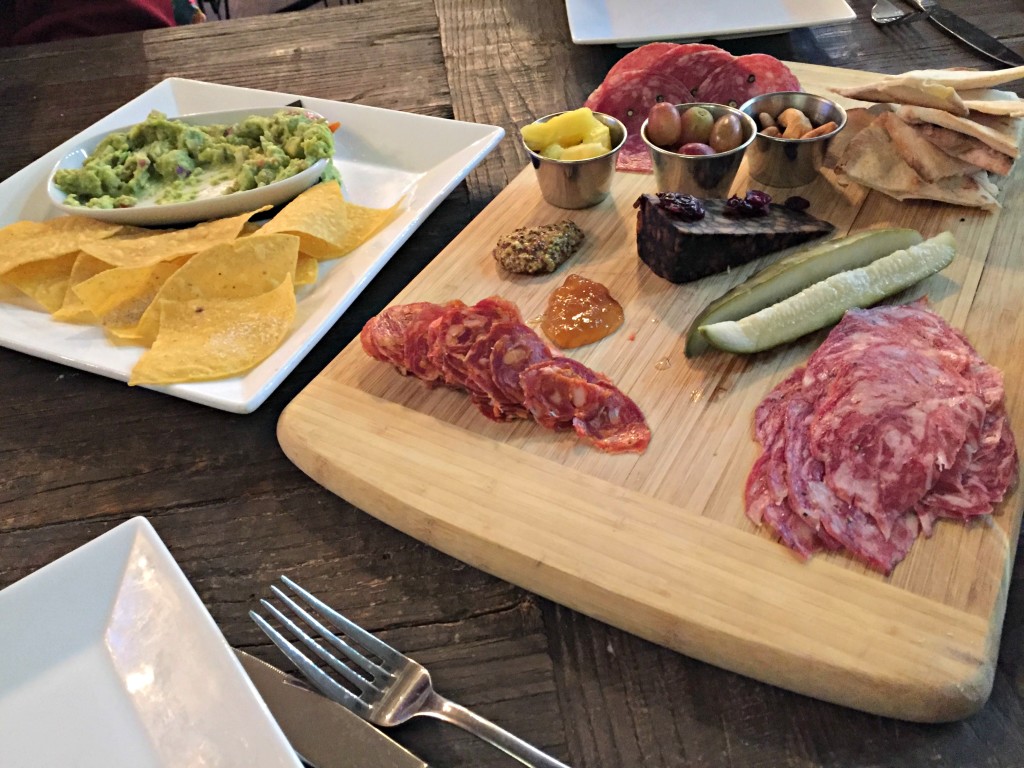 We woke up around 8:30 and did Sunday things around the house like make breakfast, clean, and throw in laundry while the Patriots game was on. 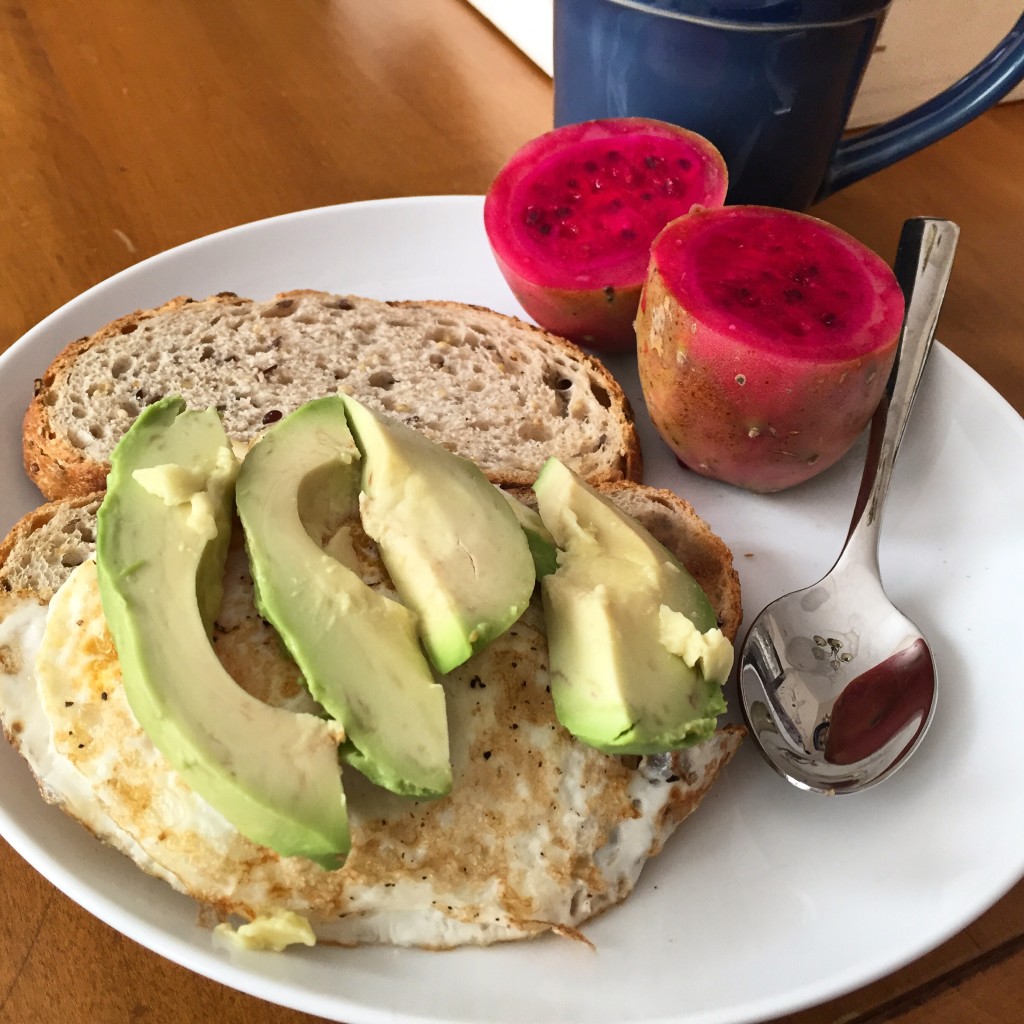 We also finally organized our offices, something that’s been on the to do list for a while now. 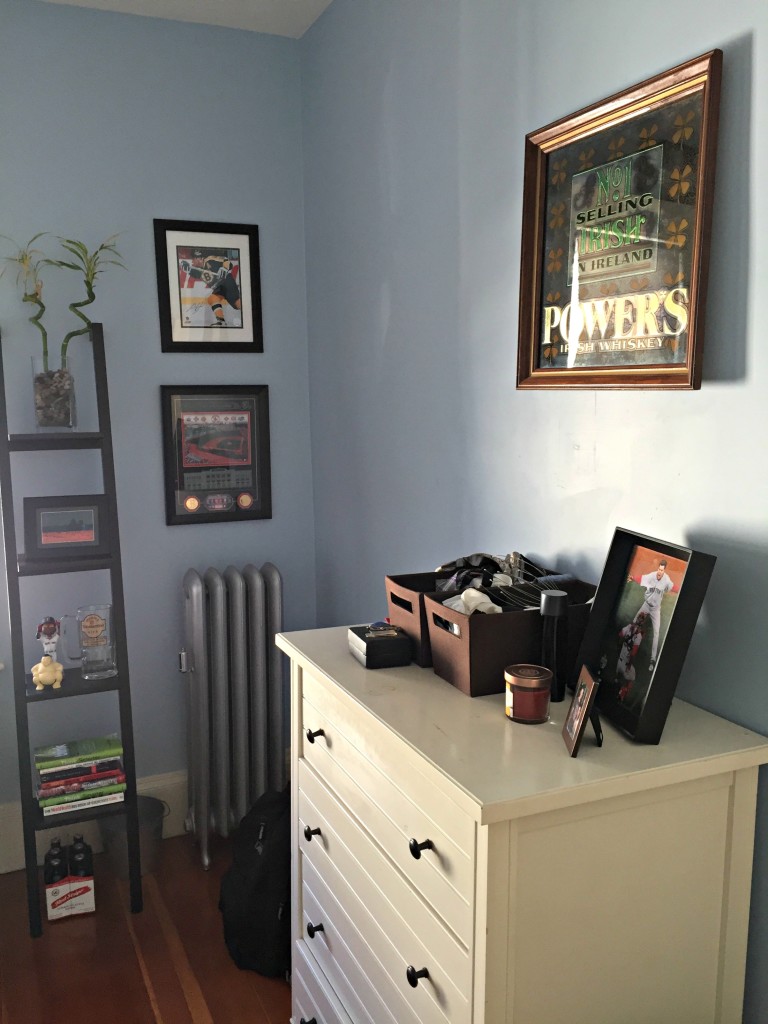 We also went grocery shopping in the afternoon, and then busted out food prep. 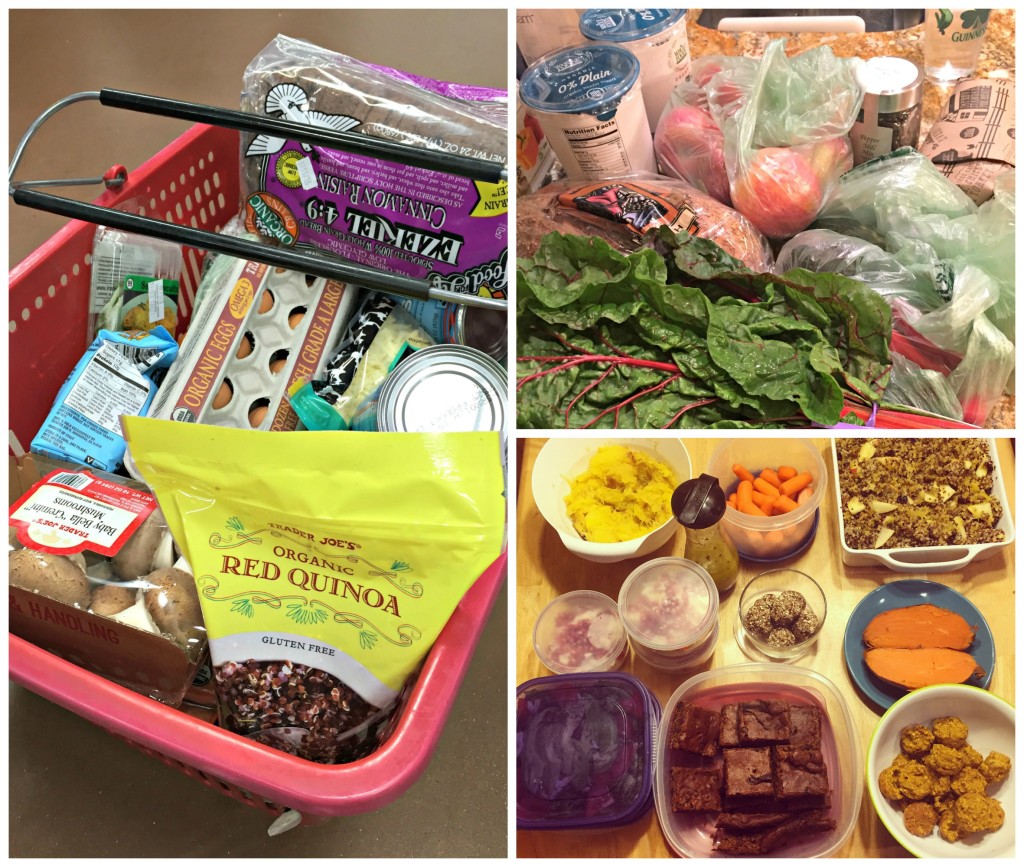 We wrapped up the weekend by relaxing some more and catching up on The Black List and The Walking Dead. Another good one in the books!

Readers, let’s chat! Tell me what happened over your weekends. Was it more fun and adventurous? Productive and busy? Relaxing and chill? Would love to hear about what’s going on in your lives!