Let’s chat about the weekend, shall we?

On Friday, my friend Liz hosted all the gym girls over for a toothpick party. I brought a bottle of maple apple wine from our wedding venue, and my toothpick contribution was all about apple and brie, a flavor combo I just can’t get enough of lately. 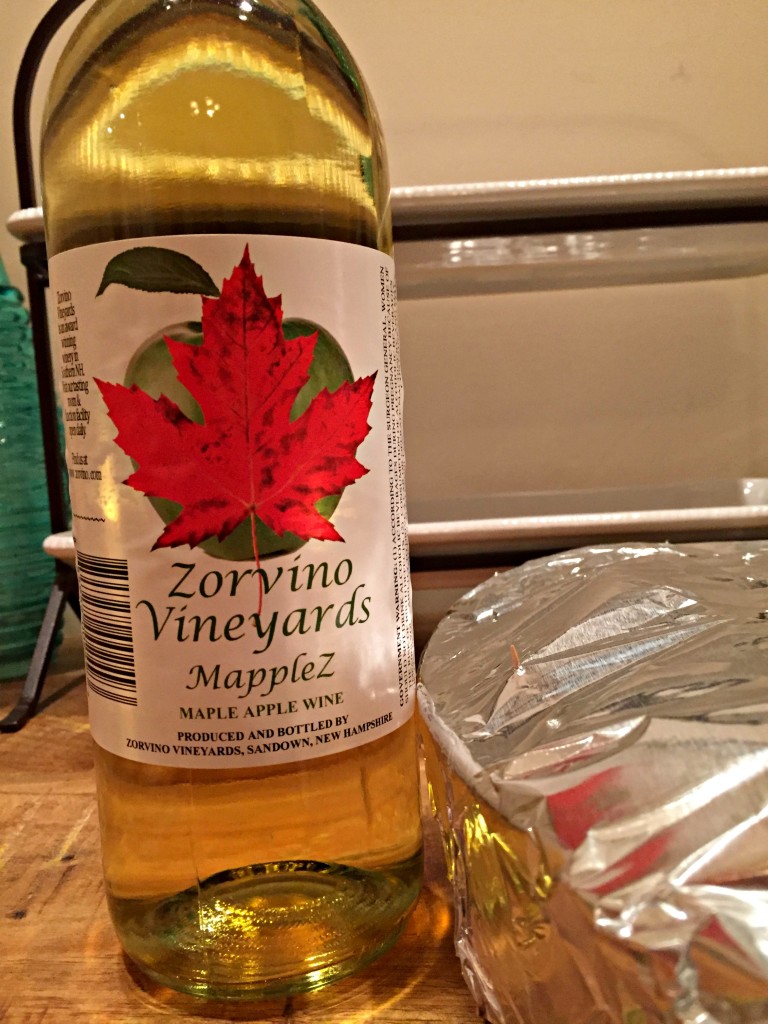 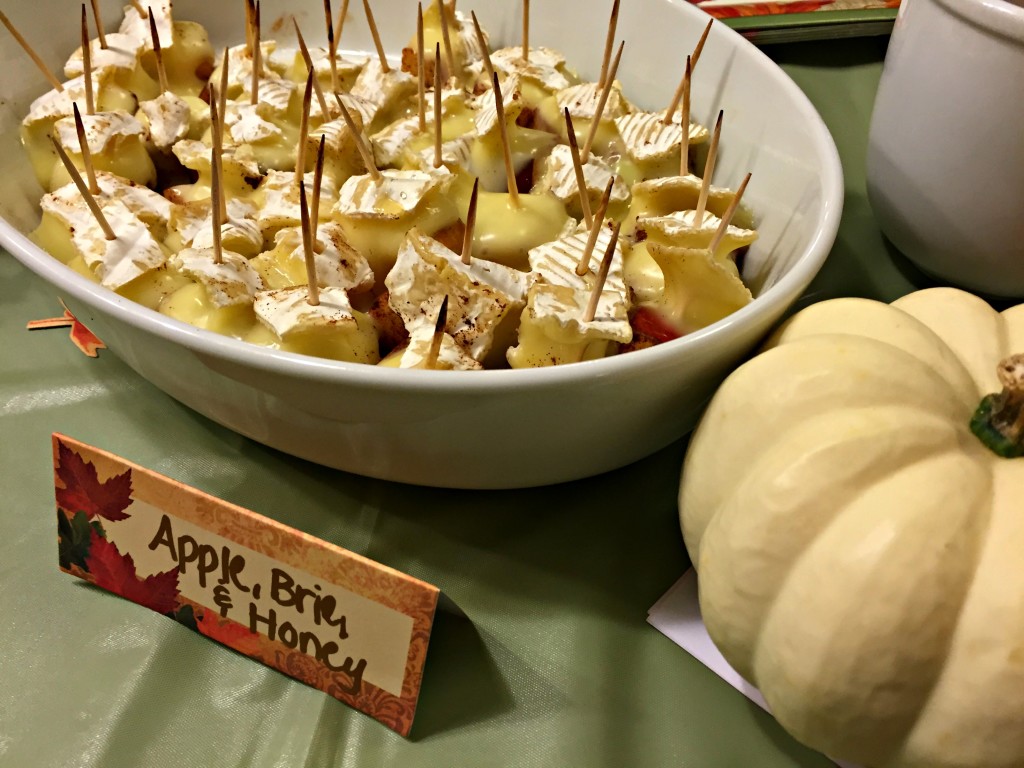 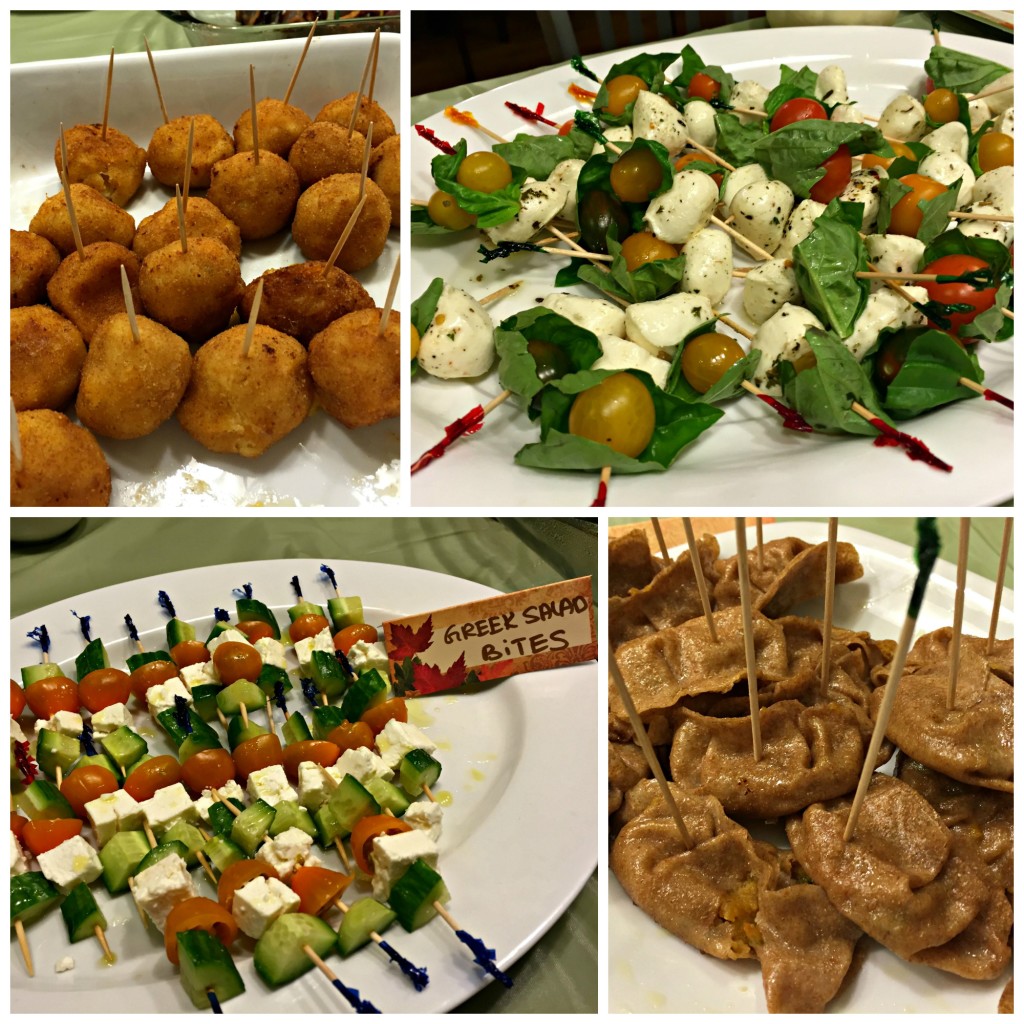 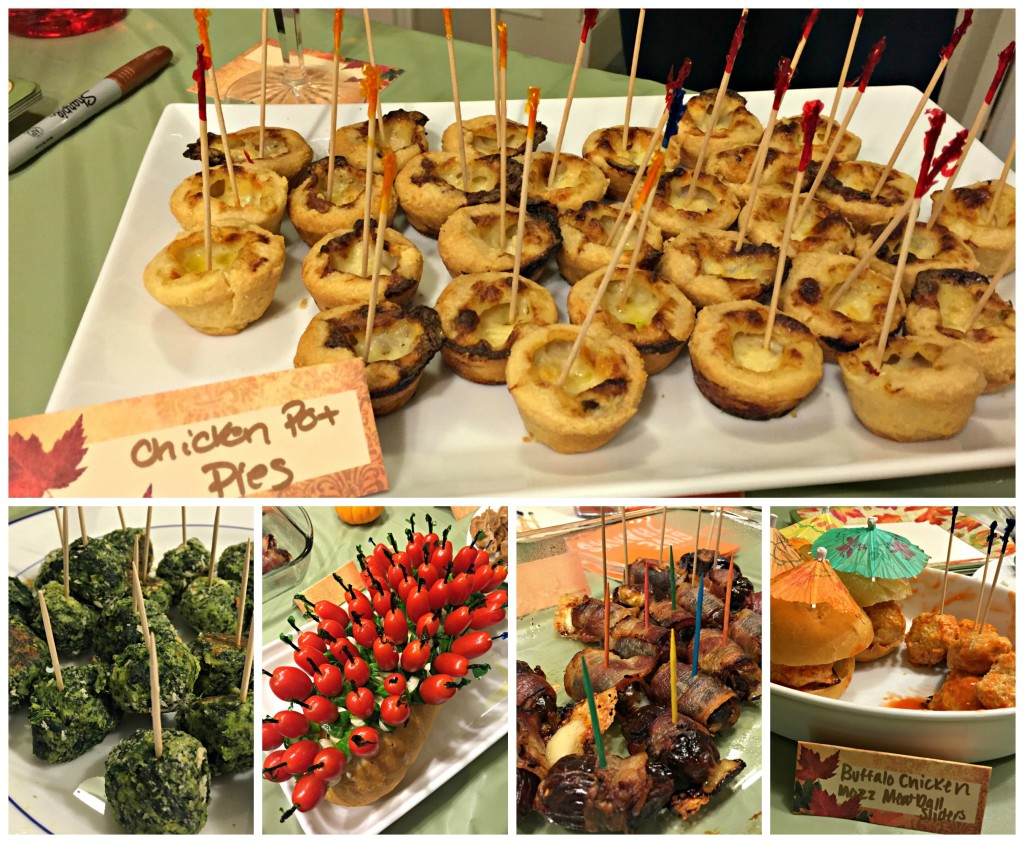 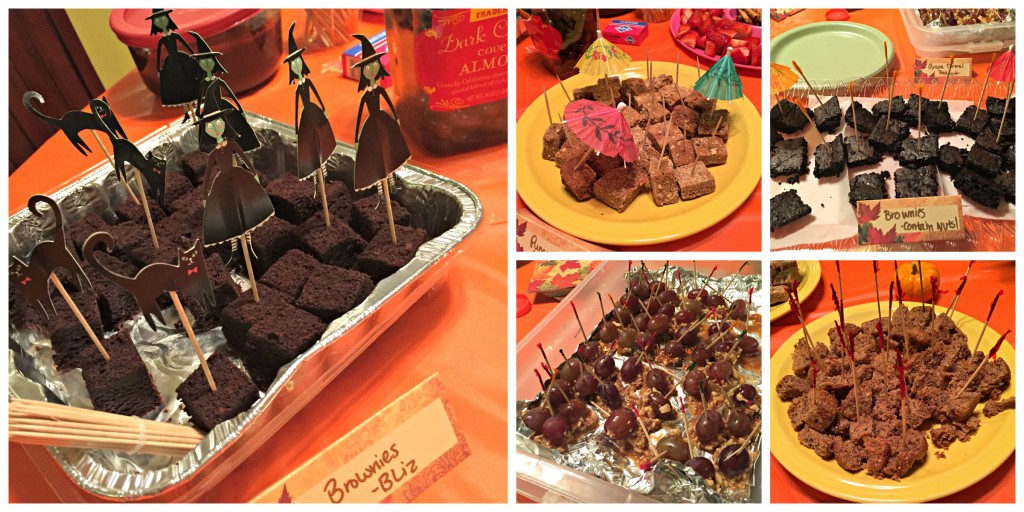 I made a conscious effort throughout the night to take pictures of more than just the food: 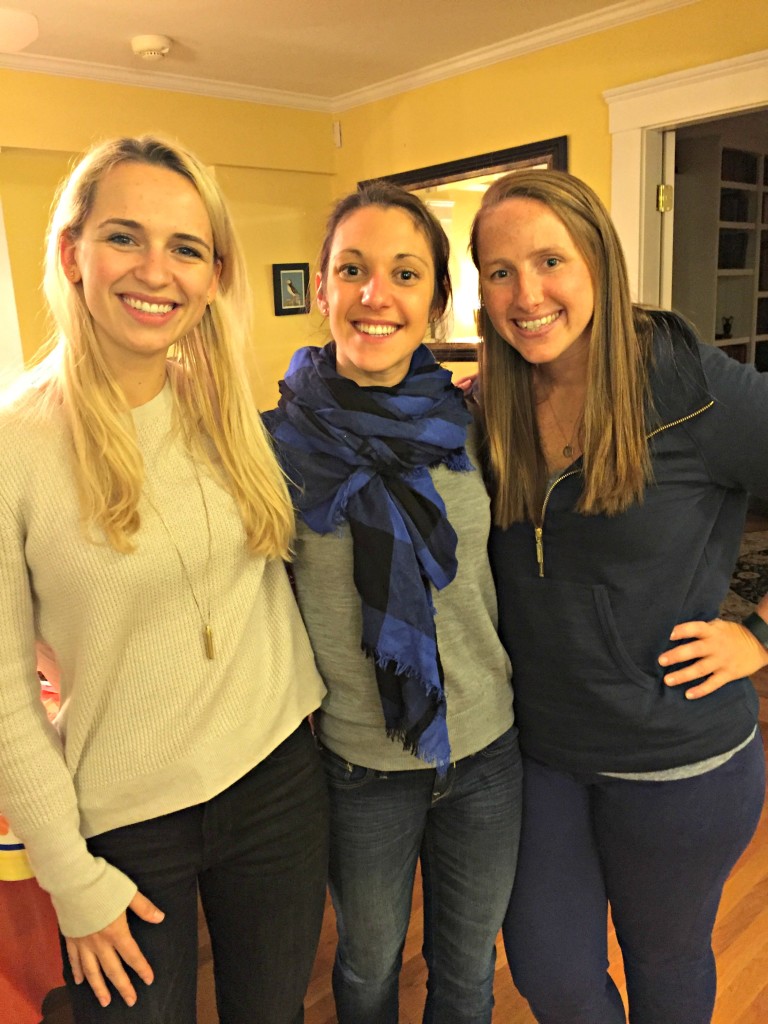 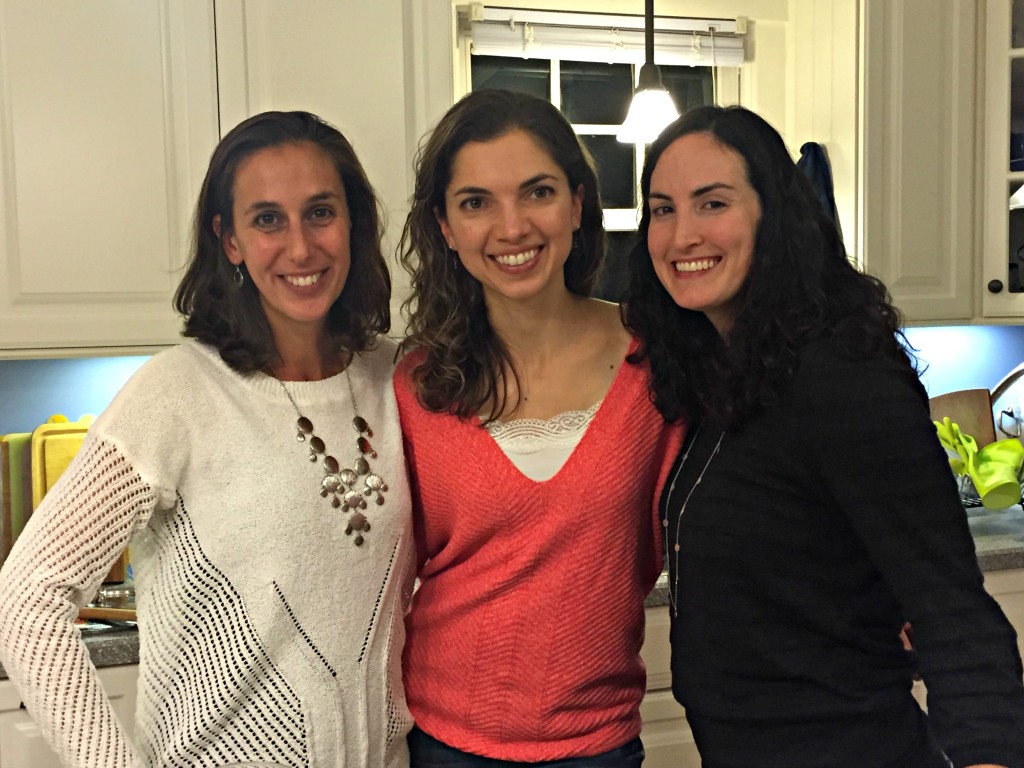 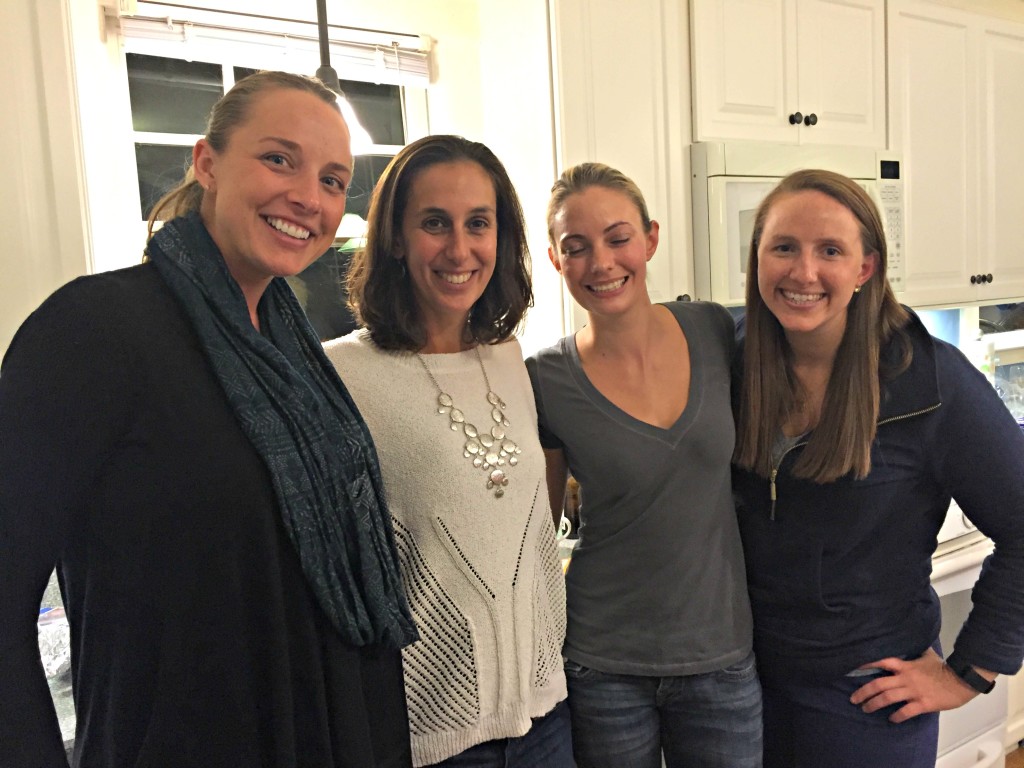 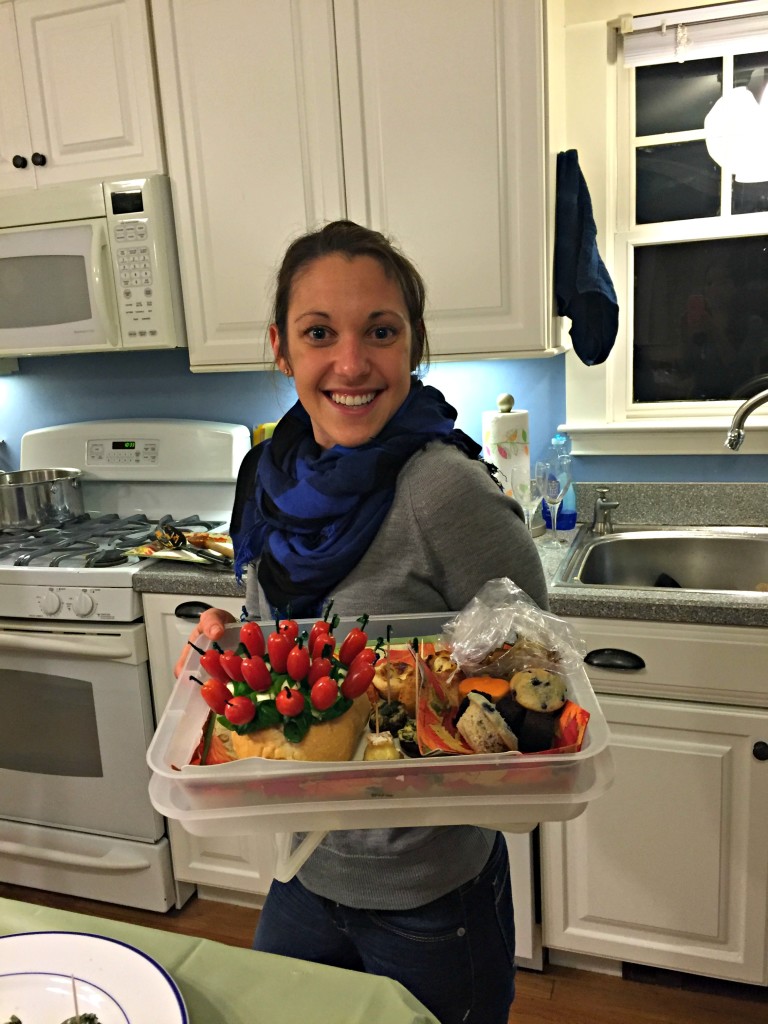 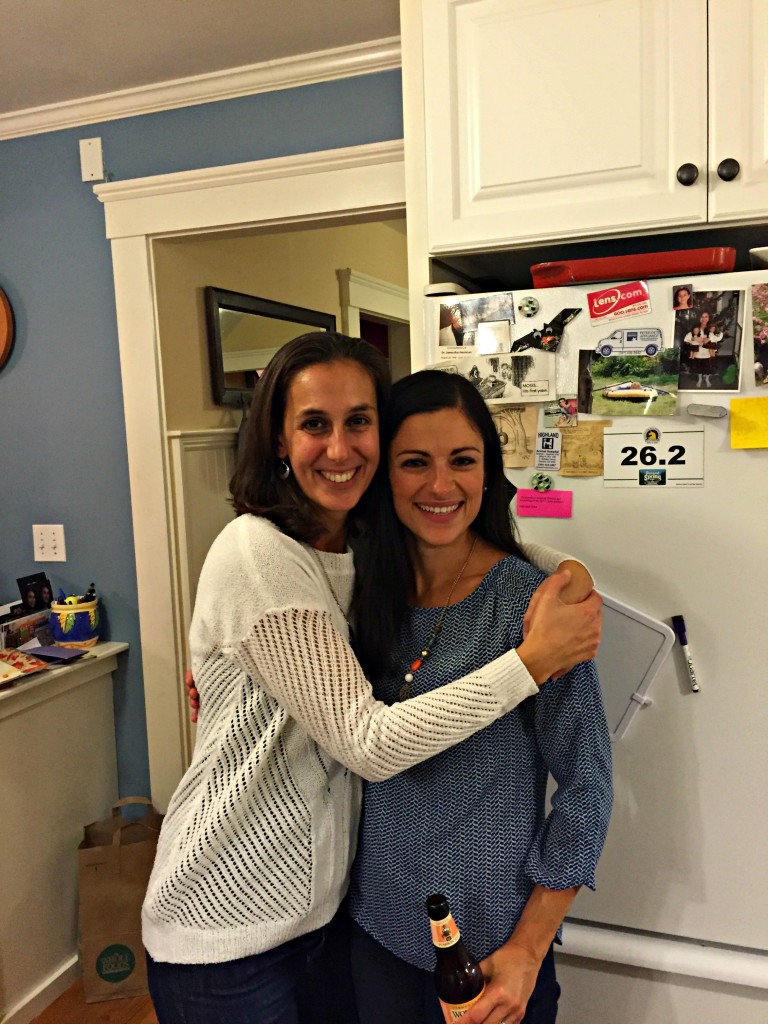 As always, it was great hanging out with my gym crew. 🙂 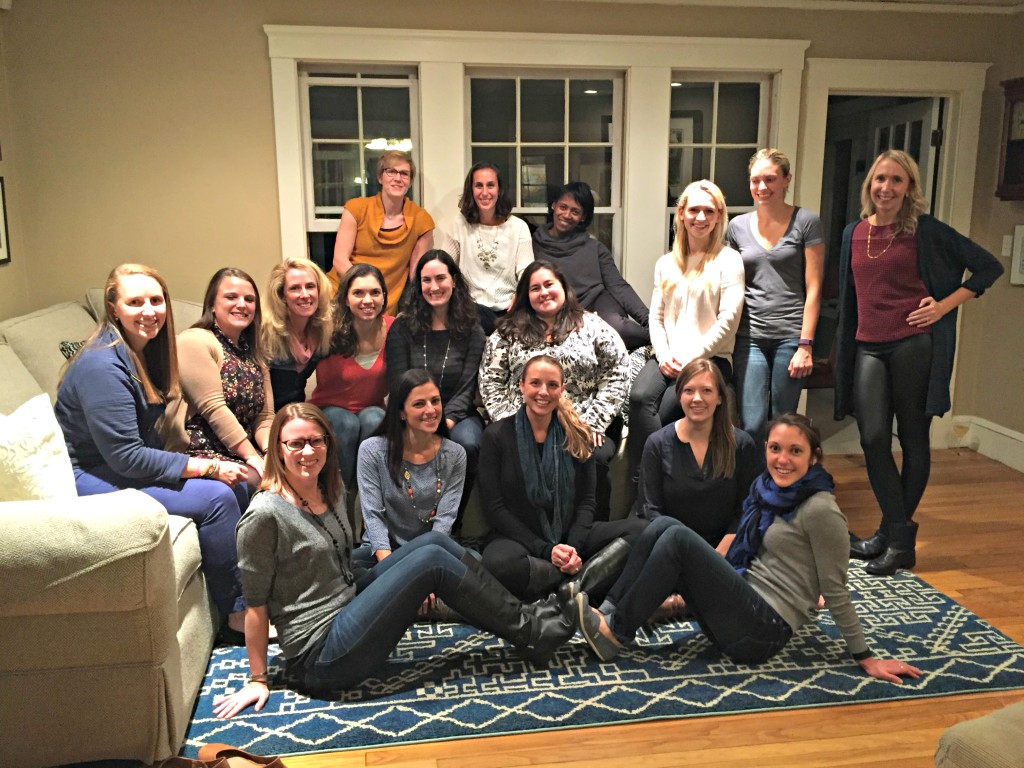 Tim and I slept in a little later than usual on Saturday, so we didn’t get to the gym until late morning. Neither of us felt like being there for very long or doing a heavy strength workout, so we did a 25 minute metabolic resistance workout and called it a day. It was sweaty and quick: AMRAP of kettlebell goblet squats, pushups, lateral skater jumps, single arm rows, rotating planks, push presses. 6-8 reps of each except for 10 each side for the skater jumps. 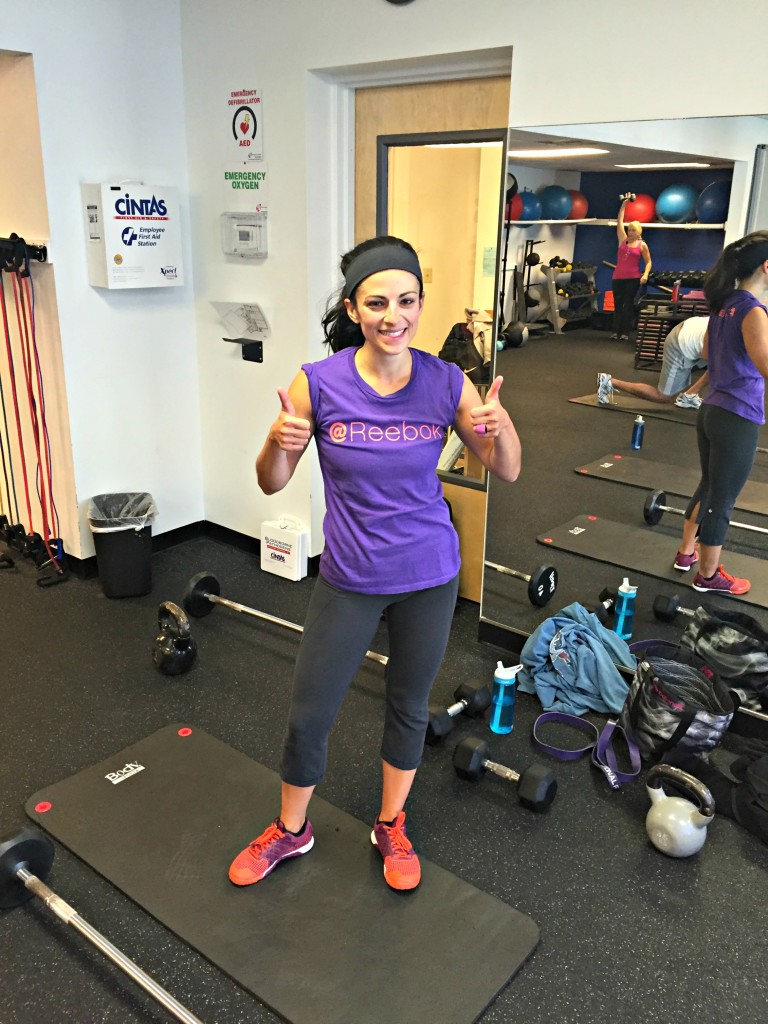 After our workout, we stopped by the New Balance store to pick up our race numbers and t-shirts for Sunday. 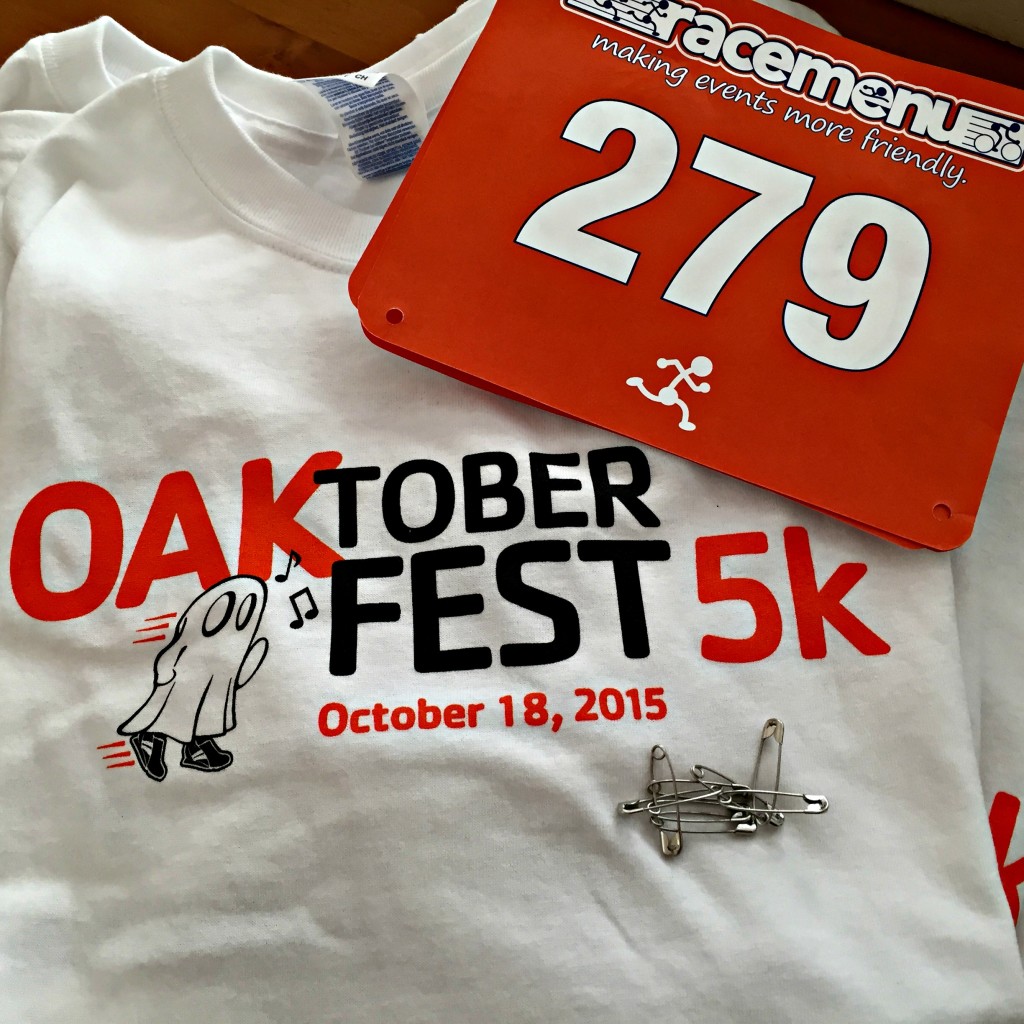 Then we decided to venture into the city. Our first stop was the Boston Public Market. 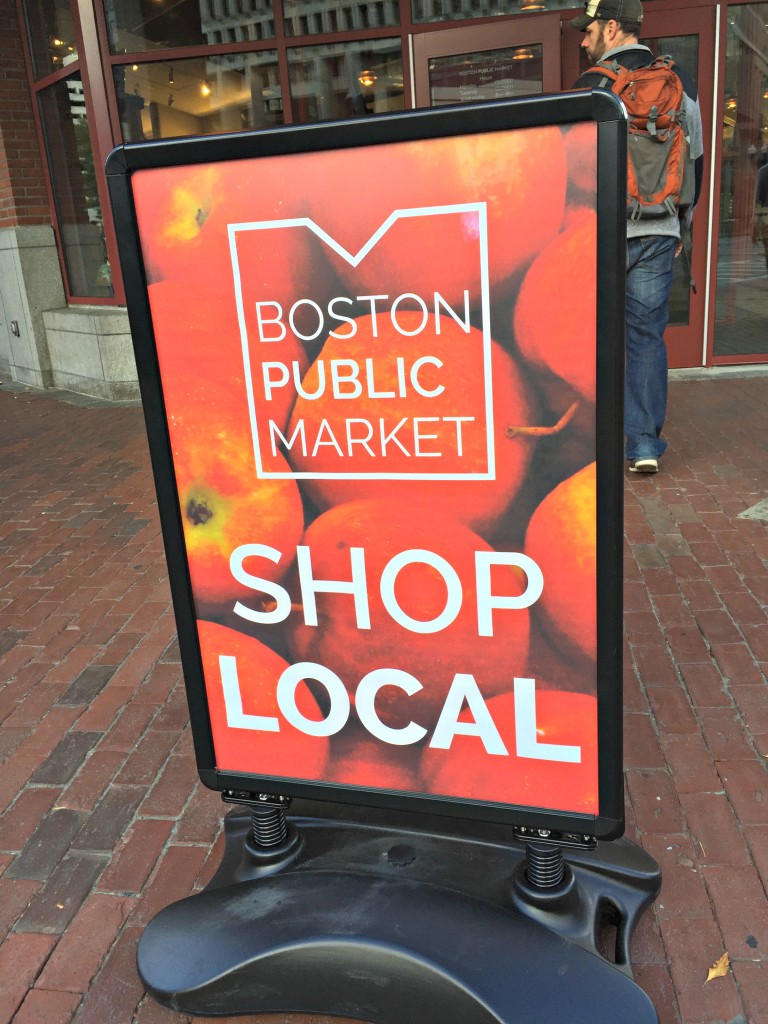 We browsed for a while and left with grass fed beef for dinners over the next couple of weeks and some cheese and charcuterie meat. 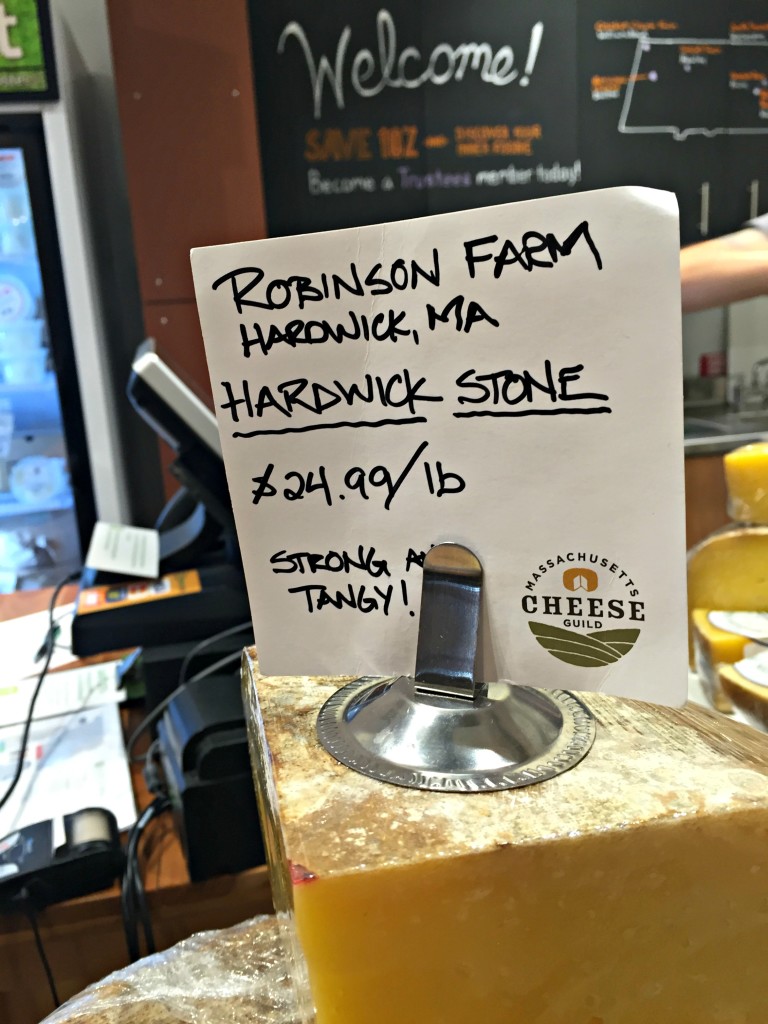 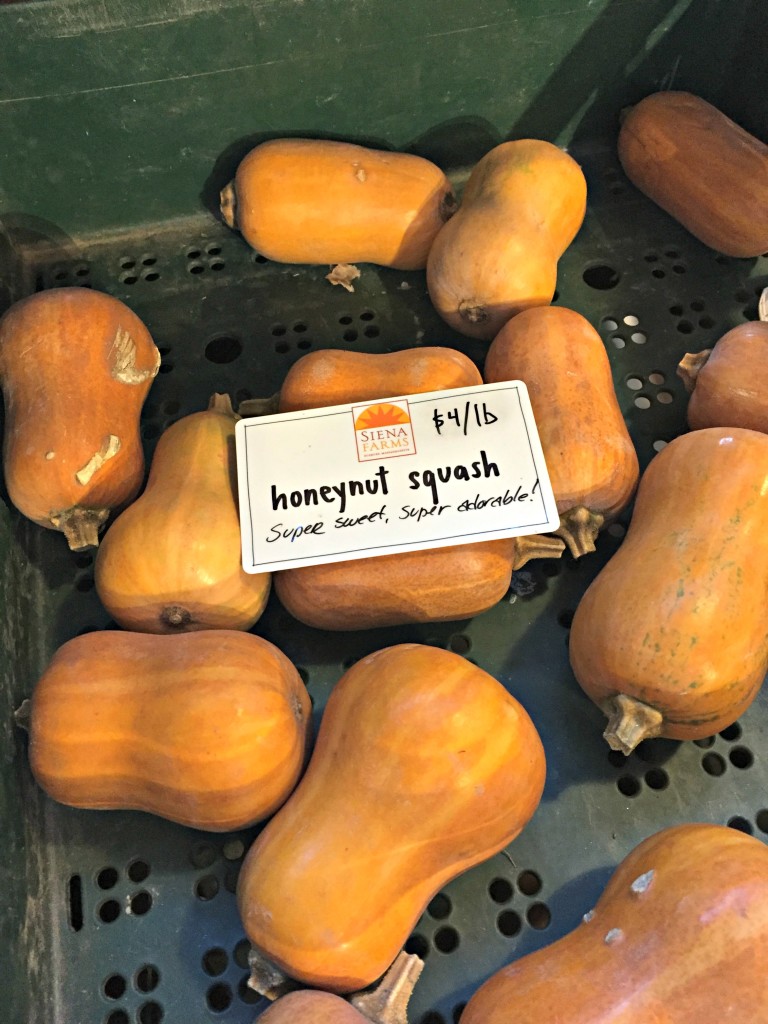 Once we finished up at BPM, we walked over to Harpoon Brewery to meet up with some friends. Unfortunately the line was so long that we didn’t get to spend that much time with them before they all had to leave for their dinner reservation, but we were able to enjoy a couple of beers and one of Harpoon’s infamous pretzels before heading back to our apartment. 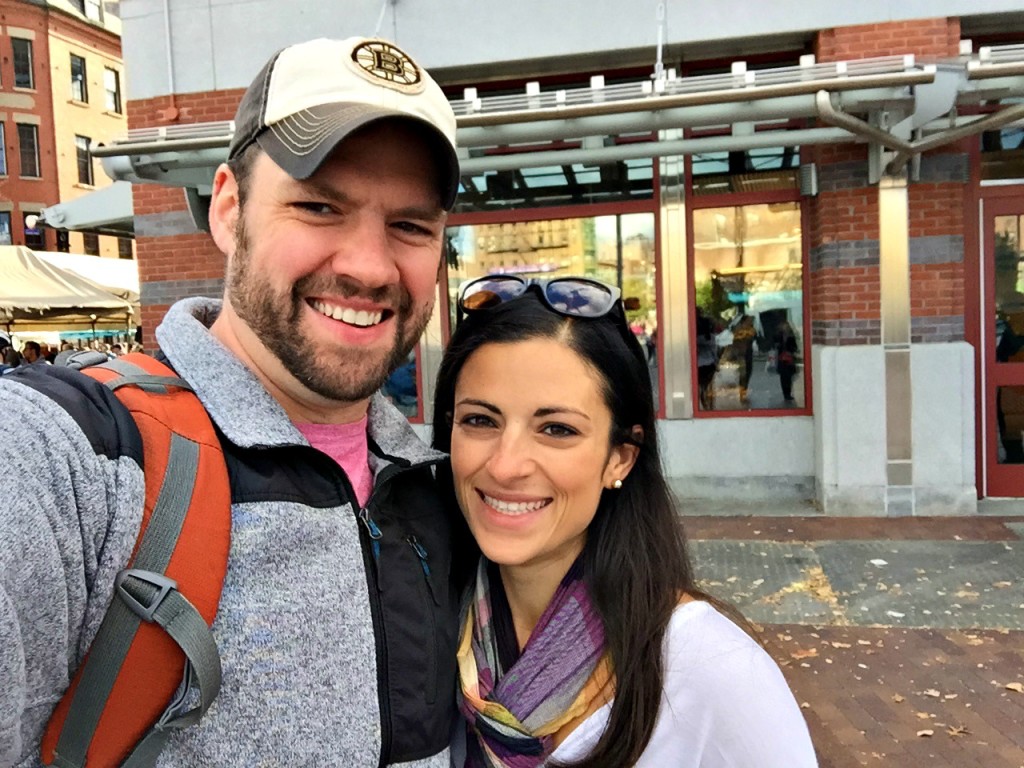 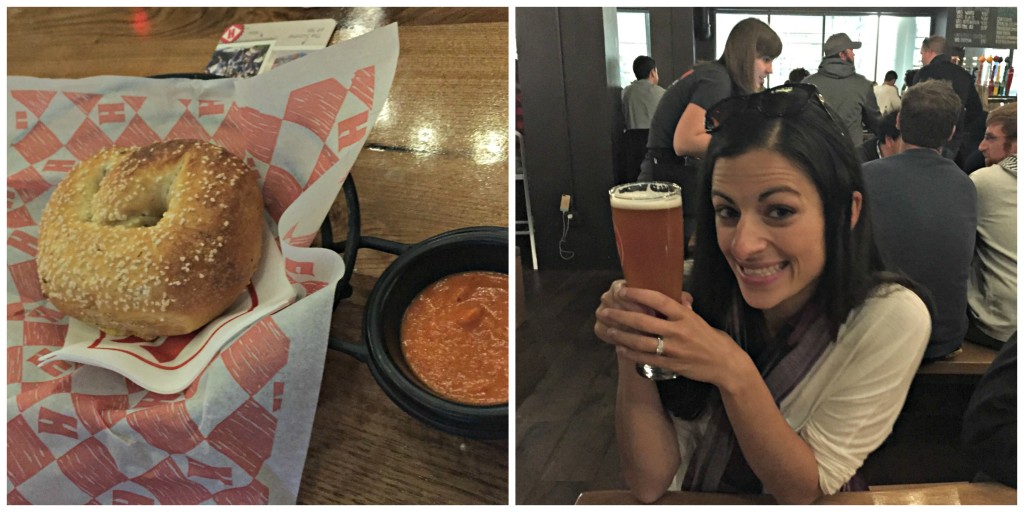 The rest of the night was spent on the couch with snacks for dinner and The Black List. 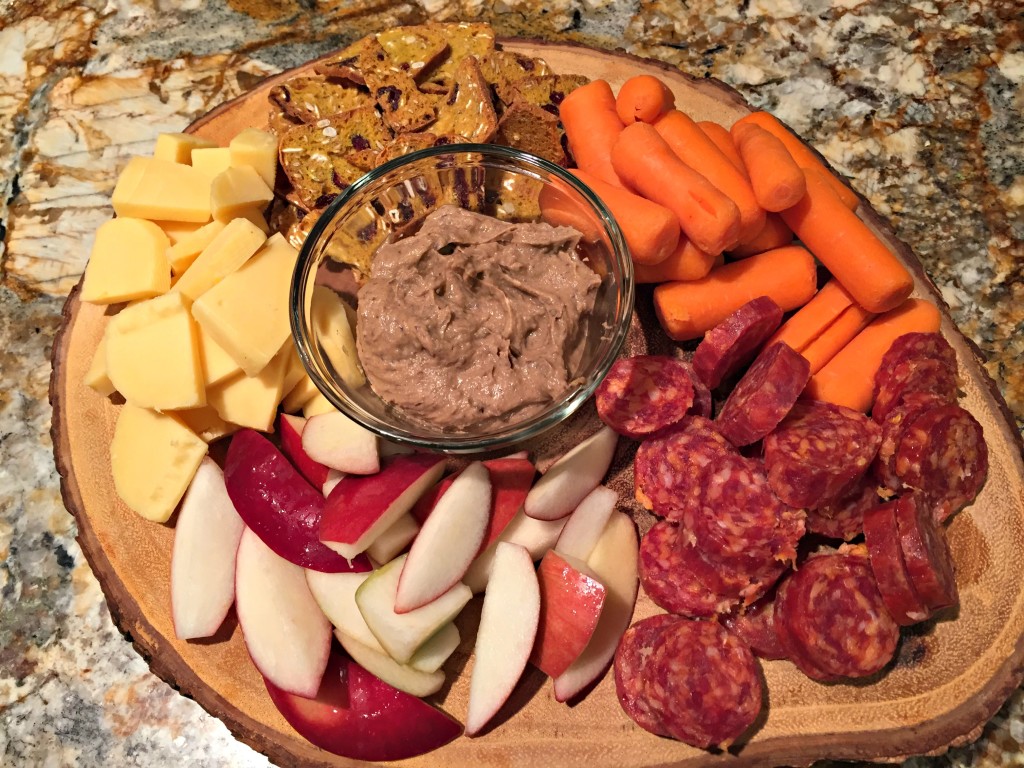 Sunday morning we woke up early for the OAKtoberfest 5k race. It was SO COLD out, but we kept up our family tradition and still ran! 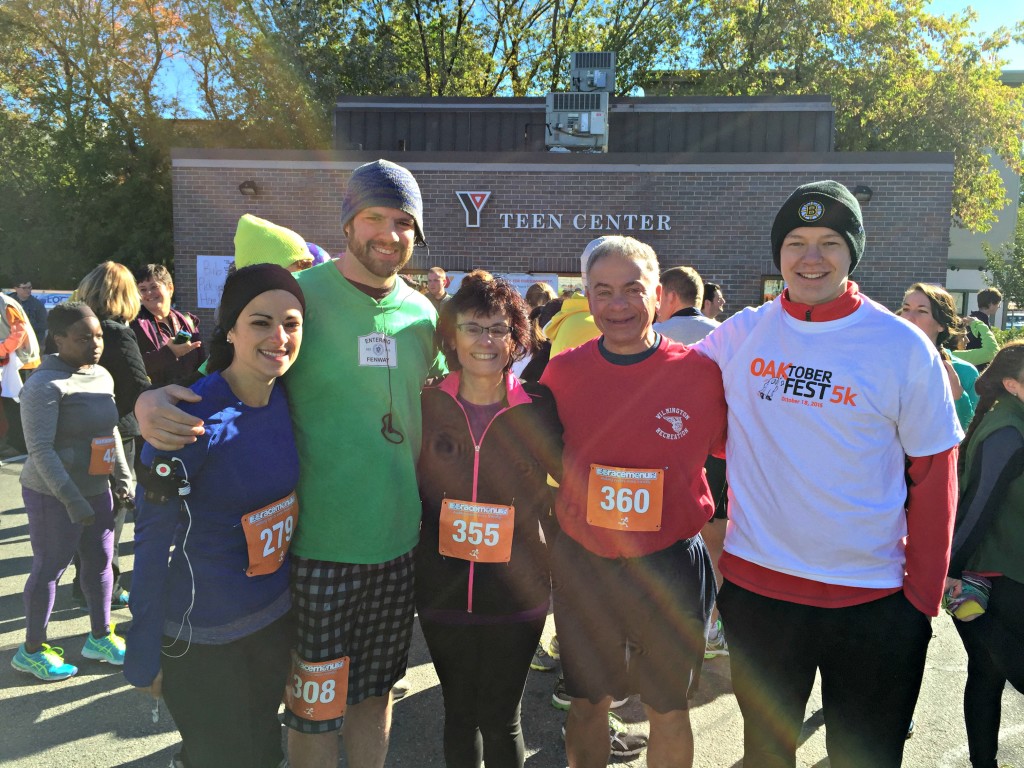 Tim’s cousin Neil joined us, and Missy and Monique were there too. 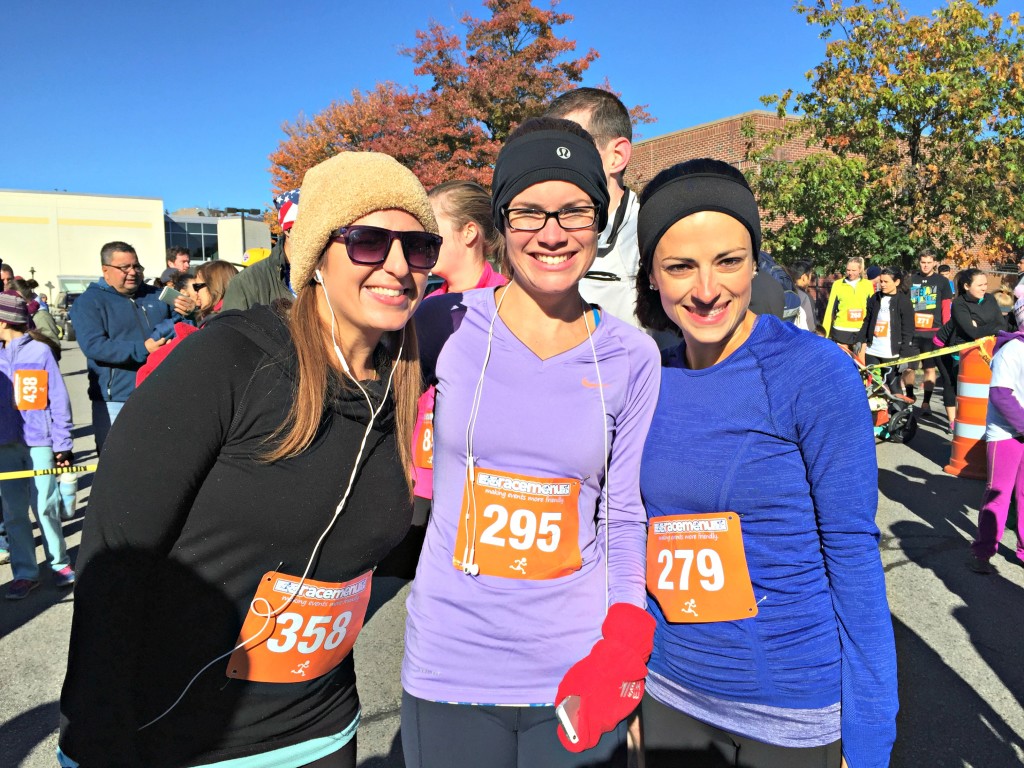 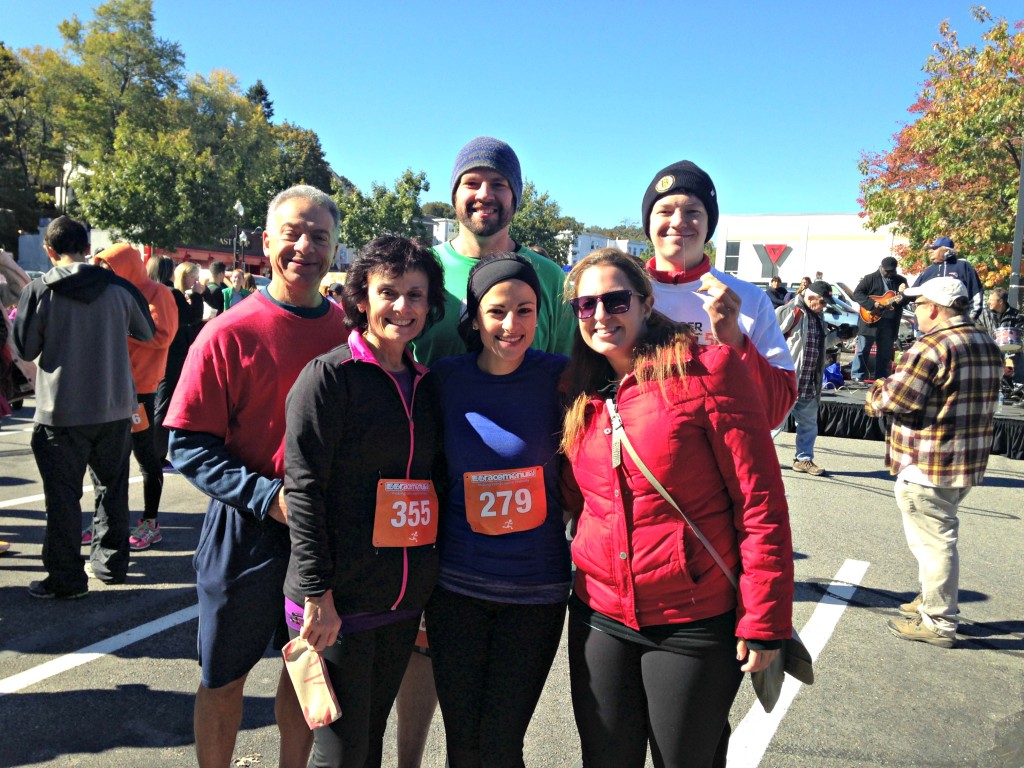 I ran the race in 24:39 (a few seconds faster than last year), and I actually came in 5th place out of the 47 women in the thirties age bracket. I was proud of that! 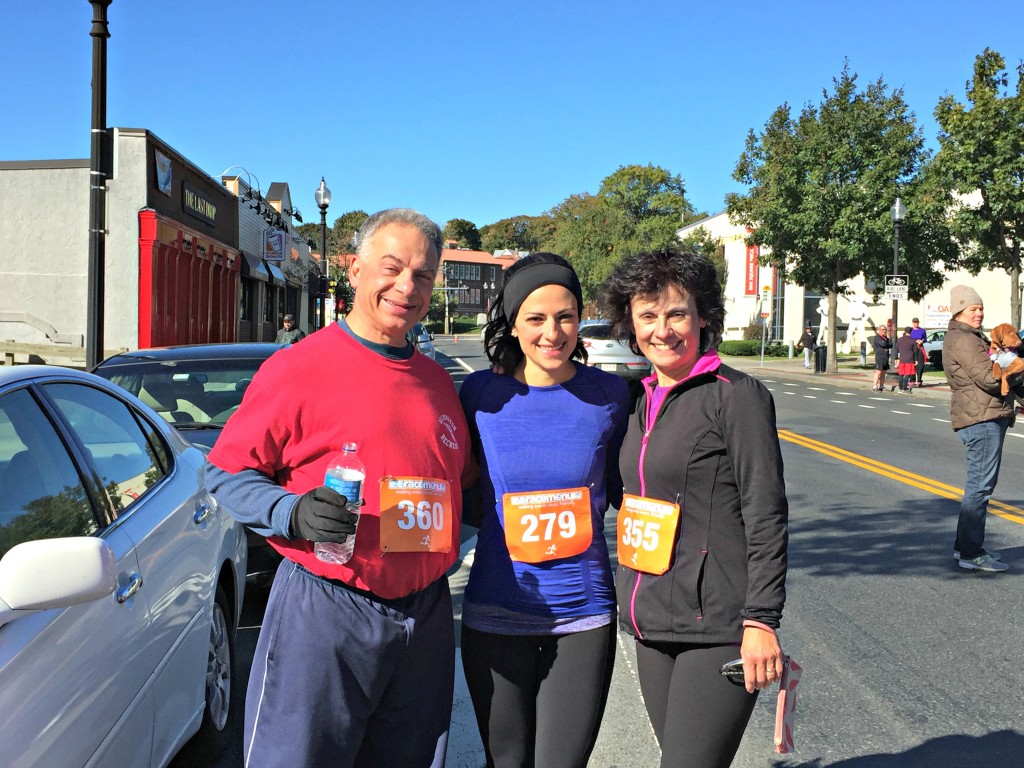 We hung out at the after party after we ran, but we had to stay longer than we wanted to because we were so dumb and accidentally locked ALL of our keys in my car before the race started. Rookie mistake. Triple A came to our rescue eventually, but yesterday morning was NOT the day to be stuck outside without access to multiple jackets. Hence how freezing I look! 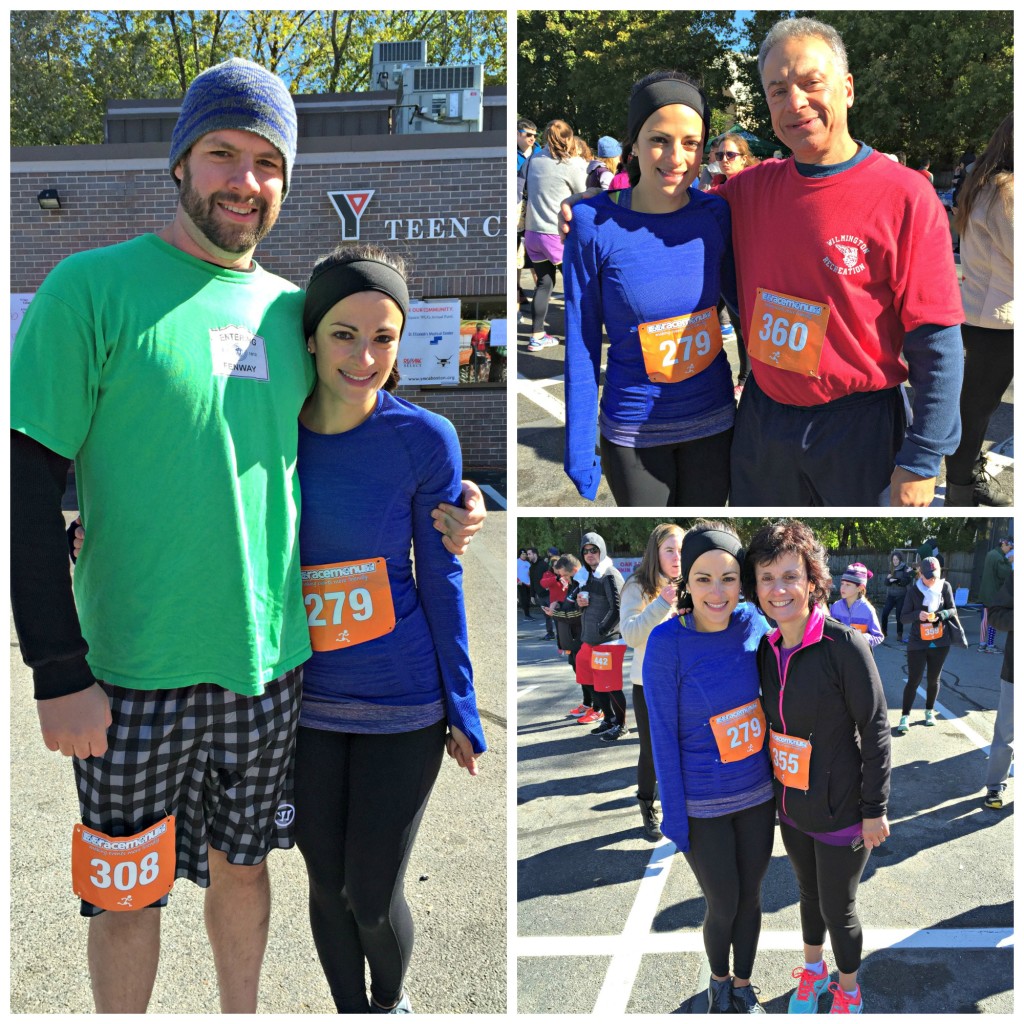 Once our car situation was figured out, we were starving, so we grabbed brunch at The Cottage in Chestnut Hill. On my plate: veggie scramble, fruit cup, and a scone. 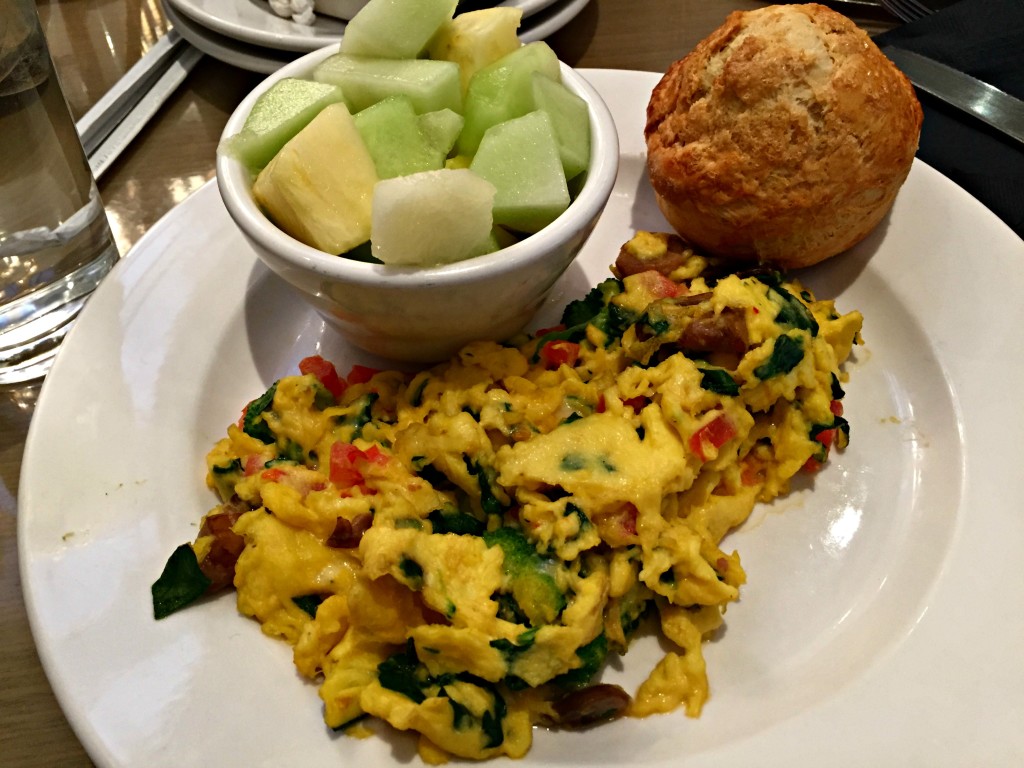 After brunch, my family headed to my uncle’s new house for the afternoon. We hung out and recapped the wedding, and we also celebrated Auntie Paula’s birthday last week. It was nice to see my family. 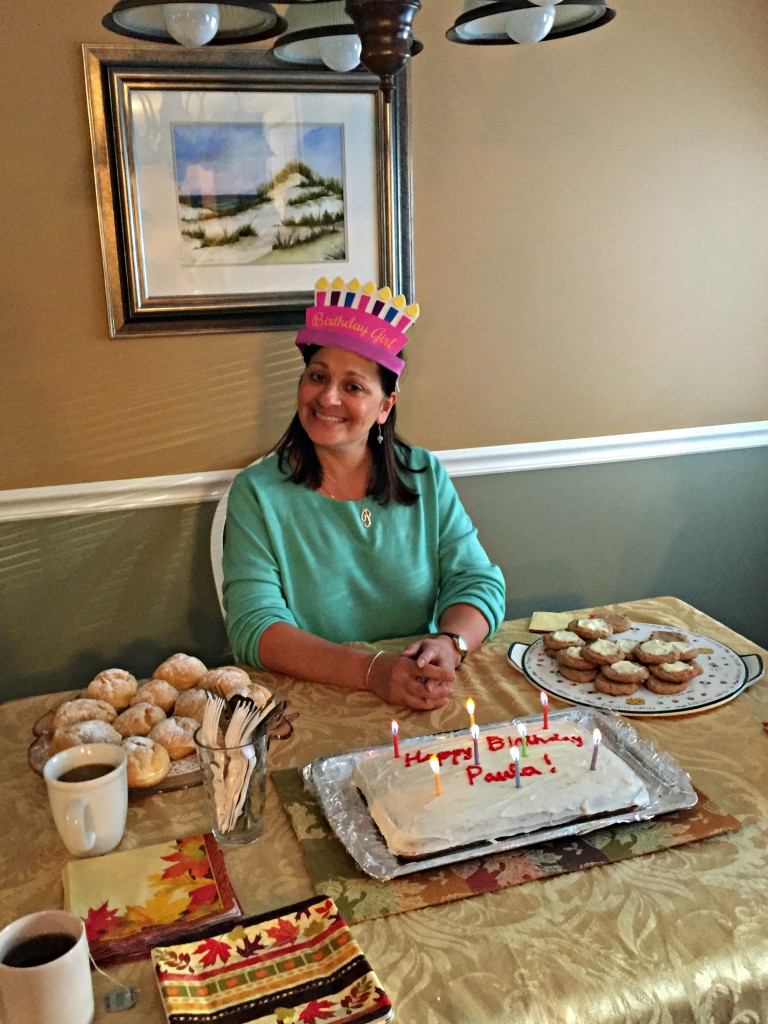 Readers, let’s chat! What happened over the weekend?