The Awk Spot: The Time I Taught Barefoot Zumba

Welp.  Last night confirmed why I never certified in Zumba.  I waltzed into the Y around 5:45, and long story short, there had been a huge miscommunication in subs for the 5:30 Zumba class.  I arrived thinking I had 45 minutes to catch up on a few things before Two A Day, but that thought shot quickly down the drain.  Let’s just say I walked down there to cancel class, but everyone looked so disappointed that I offered to teach something.  And that something ended up being my own version of  “Zumba” (emphasis on the quotes).  And in this outfit:

Sans sweater.  And sans heels.  Let me tell you, barefoot Zumba with a regular bra on?  Not the funnest thing I’ve ever taught in my life.  But I tried!  I put on the playlist I had planned for my class, I did some shimmies, I did some “hip shaking,” and there were lots and lots of grapevines.  OY!  Luckily, a class member stepped in after 20 minutes of what was probably torture for all to alleviate me!  Hopefully those 20 people actually come back.

For the record, I think I could be a good Zumba instructor… IF I were certified… and IF I actually had something planned instead of just winging it on the spot!

Just another day in the life of a fitness instructor.  Ha!

Then came Two A Day… it was back to Kickboxing for me, so I purposely planned a stations class afterwards where I typically spend more time instructing than doing.  I’m still easing back into things for my shoulder, plus my legs are SO SORE from yesterday’s class at The Studio Empower.  Anyways, my class totally rocked the stations I set up for them.  I was craving anything but dumbbells or stability balls, so I set up the stations using every single other exercise toy I could fine.  Jen fist bumped me at the end, so I figured it was a good enough workout to share with you guys!  Take a looksie:

Class wasn’t as crowded as usual, but it was still super fun!  I snapped some pictures for your viewing pleasure: 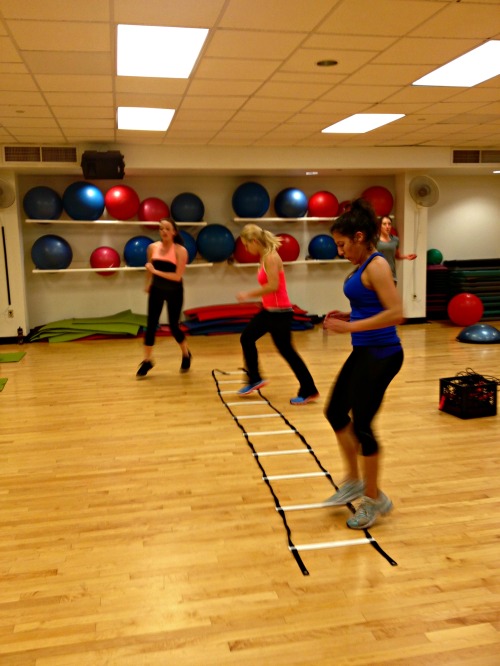 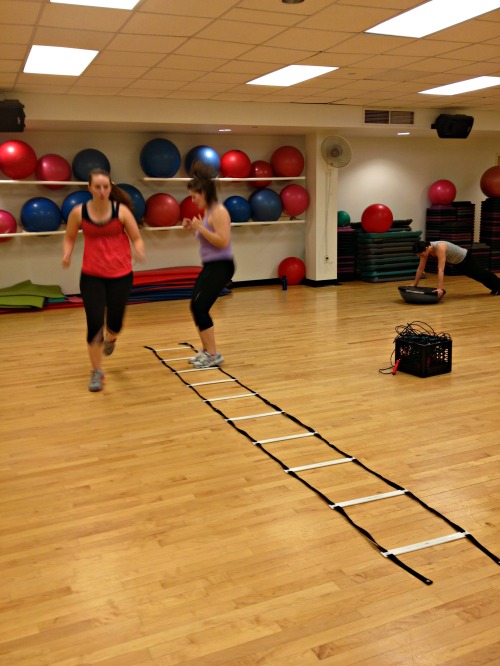 Any local readers want to come try a class?  I can grab you a free guest pass!

And because I promised Liz I would post it, here’s the playlist I used: 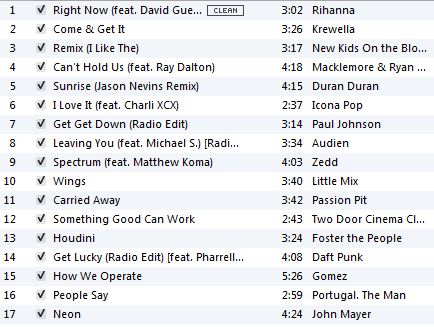 That’s about it for today!  I’m off to a half day of work, maybe a workout if I can squeeze one in, and then I’m heading to see the Jillian Michaels Maximize Your Life tour tonight in Lowell with Ashley and Lauren!  I’m so excited… I think this will be exactly what I need.  I hope nobody judges me for bringing my notebook.  Cause I’m definitely taking notes.

Let’s chat!  Bootcamp style stations… love em or hate em?  What are your favorite exercise toys?  Has anyone seen the Jillian tour yet?  Fellow fitness instructors, any “day in the life of a fitness instructor” stories you’d like to share?