The Many Faces of Motherhood 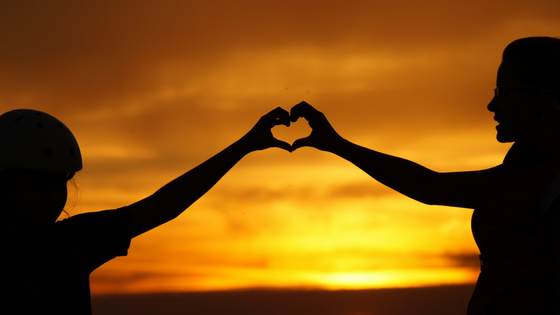 Today is Mother’s Day, and it’s making me think a little bit about motherhood, specifically how it can show up in so many different ways.

In the past year alone:

I’ve coached and trained several rockstar mommas who amaze me with how they navigate taking care of their families while also prioritizing their own wellness.

I’ve watched single moms – who frankly don’t get enough recognition, in my opinion – raise their kids, doing the best they can on their own.

I’ve cried with friends after they miscarried and mourned the loss of their unborn babies.

I’ve seen other friends struggle with fertility month after month and realize the toll that takes on them and their relationships.

I’ve seen others choose not to become mothers and/or feel conflicted if motherhood is for them.

I’ve celebrated with friends as they found out they were expecting and then again at their beautiful baby showers and then again as they joyfully welcomed their new little ones into the world.

I know so many who feel fear and self-doubt before pregnancy, during, and after.

I’ve been on the receiving end of unwarranted presumption about why I don’t have children of my own and comments about my biological clock.

I’ve seen mothers send their kids off to college and have their adult children move out on their own, forcing them to enter a new phase of life.

I know godmothers, stepmothers, foster mothers, families with two mothers. Moms who adopted, moms who are waiting patiently on an adoption list, and women searching for their birth mothers.

I see my online colleague #entrepreneurmoms building their businesses while also building families.

I’ve attended funerals after friends of mine have lost their mothers, grandmothers, and mother-like figures.

I had to tell my own mother that my sister, her youngest daughter, passed away – a moment that haunts me every single day – and witness what kind of grief that brings, a grief that will never go away.

It doesn’t have one defined look or way about it, and it especially doesn’t have any clear cut rights or wrongs.

It has many different faces.

And while today is happy for many, it’s also very painful for others.

All of this to say that I hope whatever today brings up for you, that you know that you are heard… and that you most certainly are not alone. <3