Last night Liz and I taught a back to back themed class.  You can pretty much expect this to happen whenever there is a holiday around the corner.  Actually, it doesn’t even need to be a holiday.  Really, we just like any type of excuse to have a theme night.  This time it was stars & stripes!

We encouraged everyone to wear red, white, and blue to class…

Even though we were pretty much the only ones sporting those colors, that’s okay.  We also made themed workout playlists… 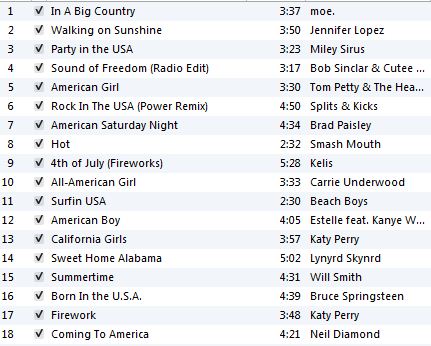 And taught with a patriotic theme in mind… 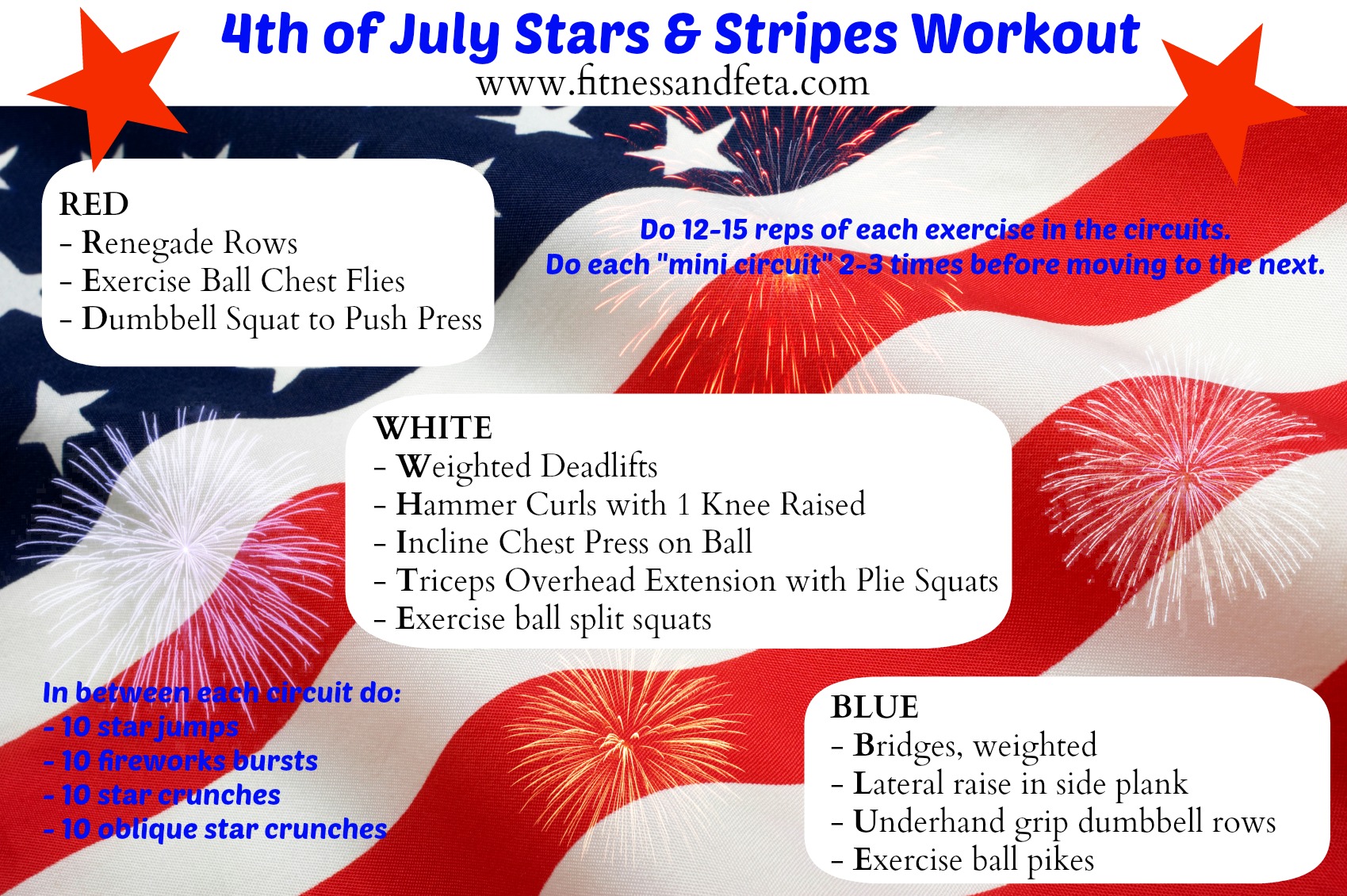 At the end of this workout, I had everyone spell out “4th of July” while holding an elbow plank on the stability balls.  I stole this move from the Tone It Up Girls!  Liz also tried snapping a few pictures of us star jumping and fireworks bursting.  These were the best shots she could get:

I got the idea to use star jumps and fireworks bursts (essentially a jump squat, just shooting one arm in the air to reach as high as you can) while chatting with Monique yesterday.  Thank you, Monique!

What can I say?  Liz and I just love themes, even if people think we’re crazy.

Liz bought stickers to hand out after class, because why not?

She also found themed Tootsie rolls, which she was SO excited about (mainly because there is a Kix routine called Tootsie Roll).  Let me reassure you, we NEVER give out candy in class, but these were too perfect not to.  We advertised them as 5 calories each.  😉 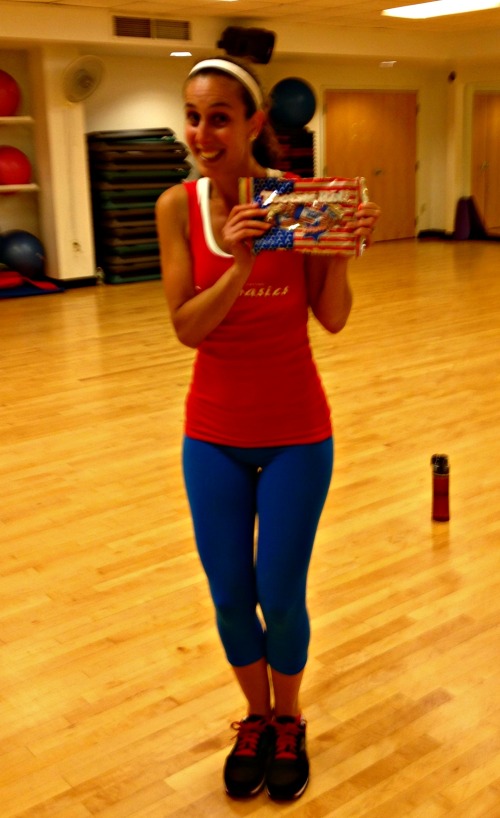 This was a super fun way to kick off my favorite holiday!

Ever taken a themed group exercise class before?  What’s your favorite holiday?

My plan for today is:  work from the office this morning > gym and grocery store on lunch > work from home this afternoon > quick stop at the Y > Cape!