Just like Mondays are a great day to focus on the week ahead in fitness, they are also a great time to think about food!  I guess I actually think about food on Saturdays and Sundays instead when I do the meal planning, grocery shopping, and food prep, but you guys know what I mean.

Last week breakfast consisted of my go to workday breakfast of cottage cheese with blueberries, slivered almonds, and cinnamon.  On Friday working from home I switched things up and made a chocolate strawberry smoothie.  I made it with protein powder, so it did keep me full.

Saturday we had breakfast sandwiches, which were cheesy and delicious.

And more barley + fruit on salad.  Like I mentioned yesterday, I can’t get enough! 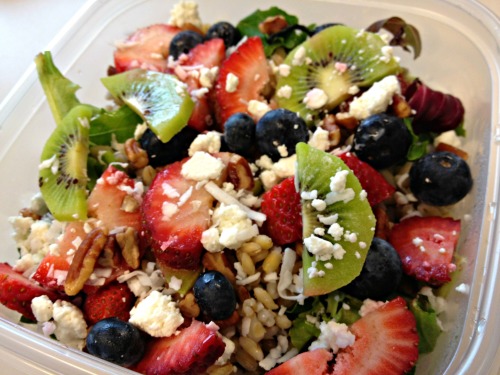 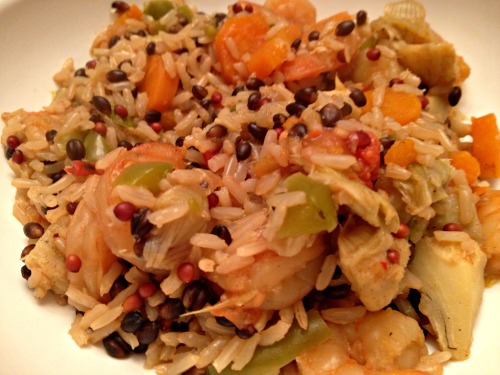 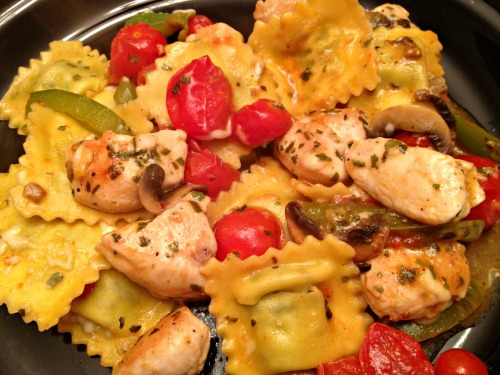 …and portobella pizzas on Thursday.

Friday was a meal out at Jake N Joes for Katrina’s birthday.  I ordered the California chicken club with a side of sweet potato fries, and I also got a garden salad.  Excuse the terrible lighting.

Last minute dinner plans on Saturday called for homemade pizzas.  We made two – one was our favorite chicken burrito pizza, and the other was just mushroom, red pepper, and onion.  Both were tasty! 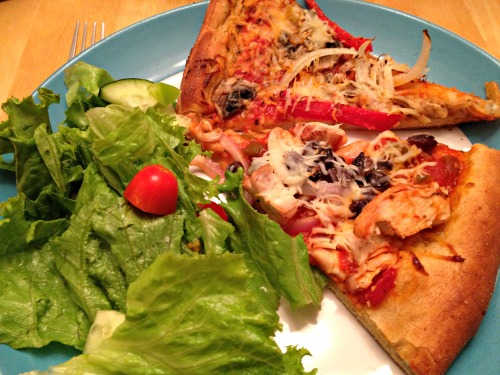 Finally, last week I also made a couple different treats.

…and I also baked a batch of almond flour chocolate chip cookies over the weekend.  They were so soft and chewy!  One of my best almond flour concoctions yet. 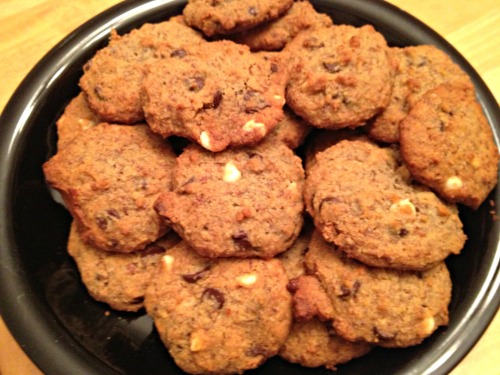 Here’s what we’ve got lined up for the week ahead:

I also have some bananas not looking so hot, so I’m thinking it’s time to bake something!  Any suggestions for something with both bananas and sweet potato?

What was the best thing you ate last week?  Worst?  Anyone want to share their meal plan for the week ahead?

Let me know if you guys want the recipes for any of these!  If there’s enough demand, I’ll post them.  🙂